The French Market in Nawlins is one of the best places to visit. It's basically a small open-air market with some vendors on one end and food stalls on the other end, about two blocks long. There is one vendor that has a farmers market style stand selling fruit, fruit bowls and juices but I ate a peach from there and it was ICK. All mealy.

Basically you can order from any of the stands and there are a bunch of tables to sit in. We ordered from two different stands. 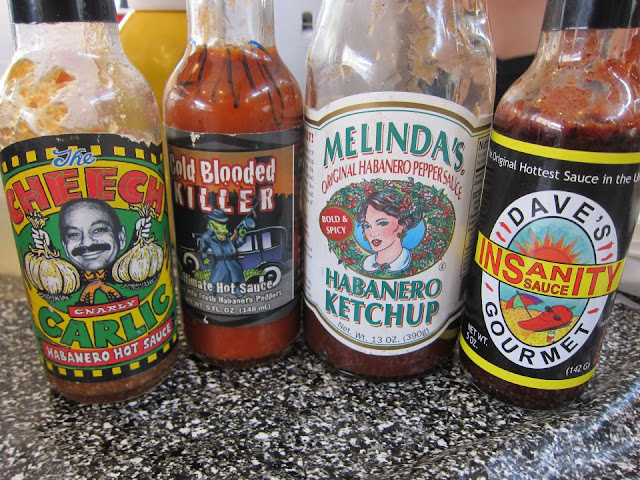 variety of hot sauces on the tables 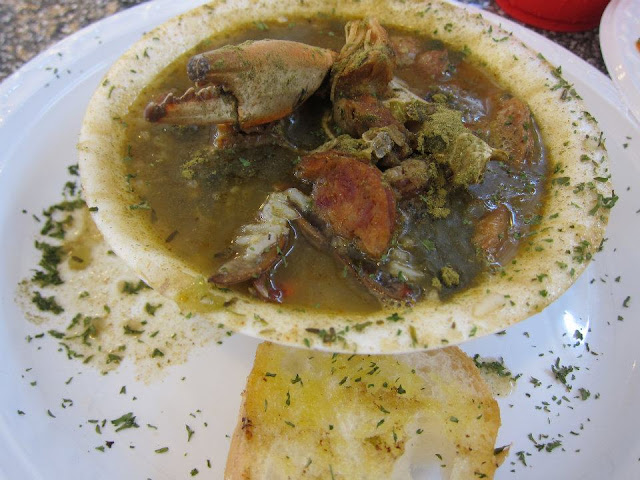 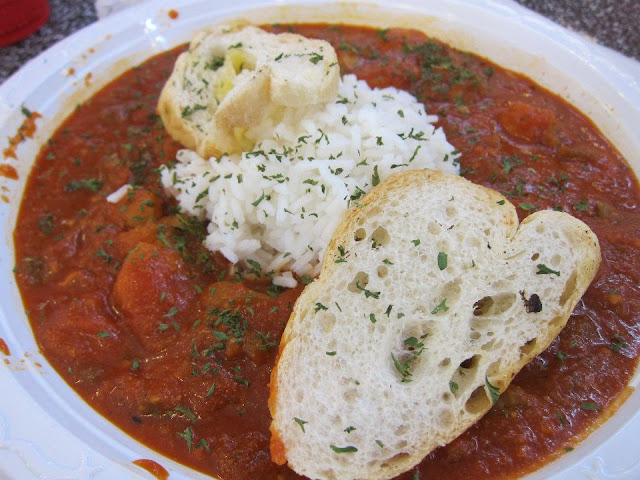 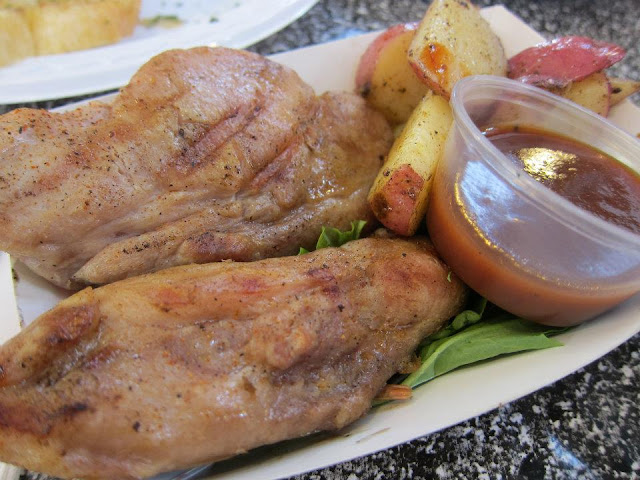 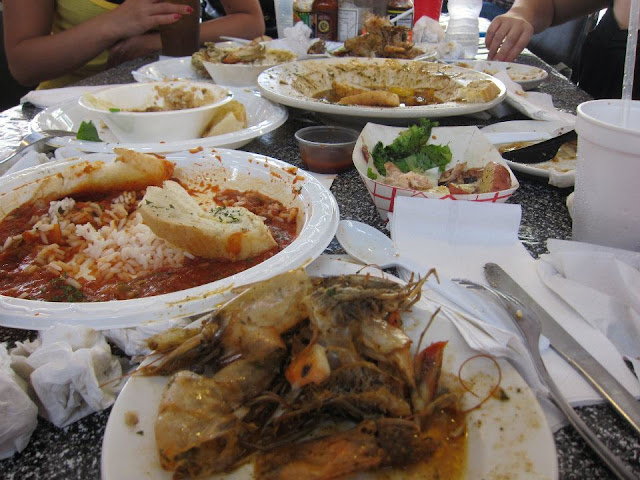 Somehow we didn't get a picture of the barbeque shrimp, but they were the best! They weren't barbequed in the way you'd think, but basically cooked in butter and spices - and they were huge. Every time we ordered head-on shrimp, we were asked "Do you know how to eat them? Make sure you suck the heads!" As a group of five girls, sometimes this advice would be accompanied by a pervy smile. Ha! We ALL knew how to suck the heads ...

We also ordered crab cakes from a stall and didn't get a picture either but they were so good that we went back to it right before heading to the airport. They were just all crab with very very little breading. Definitely worth a trip to the French Market just for those.

One last picture before wrapping up our New Orleans eating bonanza is the grilled oysters at Drago. We tried them at Drago's and Acme Oyster House. No post on Acme, the pictures all have a strange red tint to them. But if you go there, make sure you get to po-boys. Anything fried in New Orleans was magical. Plus, after going to Acme Oyster House, you can go to a great strip bar right across the street! Not that I would know anything about good strip clubs or anything ... 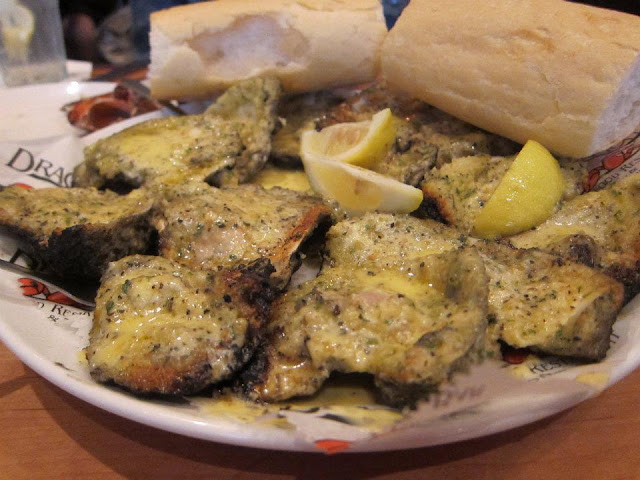 These were so so so good. Super garlic-y and butter-y. And with great crusty bread to soak up all that butter and calories! Not too impressed with the raw oysters in New Orleans - they tasted somehow water-y and flavorless. And to think that at Acme Oyster House someone ate FORTY-TWO AND A HALF DOZEN ... in one hour! The minimum you need to eat to get on the wall (like Adam Richmond did in Man v Food) is 15 dozen. Get your forks ready!

On a side note, I ate some hash browns from McDonalds this morning. I barely eat McDonalds but I have to take some for the team cause I really want to win in the Monopoly game. I can't let Boyfriend do all the property gathering. We have every single property group almost filled - except for that one winning game piece for each color. Anyway, I bit into the hash browns and my first thought was "man, they fried this SO much better in New Orleans" ... they will never be the same to me again. How sad.