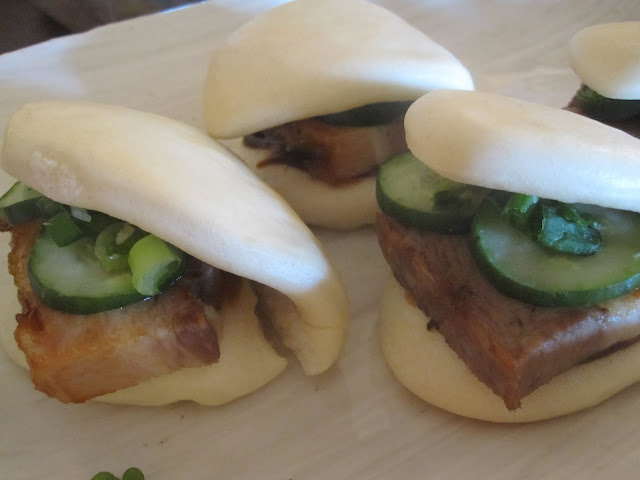 Ahh Momofuku Noodle/Ssäm/Ko. I generally don't believe in bastardized/fusion/Americanized Asian foods. Not that Momofuku is any of these things, but they have a certain more-expensive-high-end side compared to the cheap eats that I grew up with and love from the San Gabriel Valley. I mean, my parents think Din Tai Fung is kind of pricey, for heaven's sake. And it's only $8 for 10 xiao long bao (juicy pork dumplings). When I went to Taiwan in June, my Third Uncle took me to a random roadside stand with six stools that made dumplings that were WAY better than Din Tai Fung. And they were like $1.50 for 10 of them! Crazy ... I suppose if you grew up in Hong Kong or Taiwan, you'd think the Chinese food in America is way expensive. But I digress.

I first visited Momofuku Noodle Bar in September 2009 with Jennifer. Neither of us really knew how popular a place it was, but I think my cousin Maggie wanted us to bring her back some ramen? We waited an hour and then ordered these buns and bowls of ramen. The slow-poached egg in the ramen was the best egg I've ever eaten in my life, although the ramen itself was a bit salty. Too much pig parts, I suppose (shoulder, belly, broth). But these buns were SO good ... fatty, melty and fluffy. Even Jennifer, who doesn't like pork, proclaimed she could eat more of these. That's saying a lot.

Slice cucumbers into 1/4" thick rounds. Toss with sugar/salt and let marinade for 15 minutes. Taste the pickles; if they are too salty or sweet, rinse off the seasoning and season again according to taste. May keep in refrigreator for up to 4 hours.

1/2 cup kosher salt
1/2 cup sugar
3 lb pork belly, as thick as you can get it
Quick Pickles
Chopped green onions
Steam buns, found in the refrigerated section of Asian grocery stores or you can make your own from David Chang's recipe

Mix together the salt and sugar in a small bowl. Remove the skin on the pork belly, if there is any. The Asian grocery store gave it to me skin on, but it can be sliced right off with a sharp knife. Slather the sugar/salt misture all over the pork belly and put it in a container that will fit the pork belly snugly. Refrigerate at least six hours or overnight. 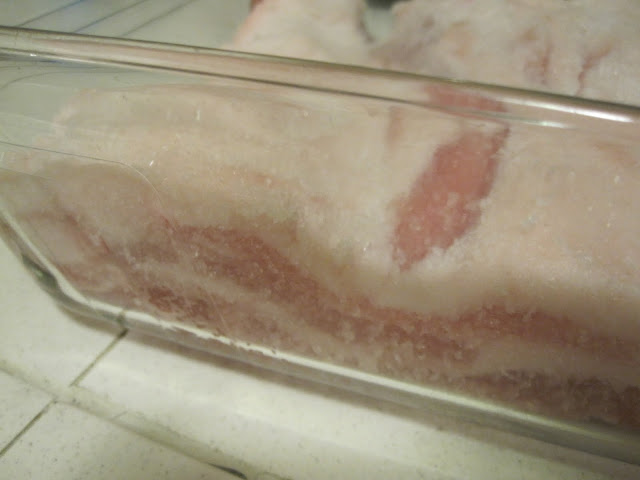 The next day, the pork will be very juicy in the container. Preheat oven to 250 F. Drain the liquid. Transfer pork belly to a baking vessel that will hold it snugly. Cover tightly with aluminum foil and slow roast the pork belly for three hours. After three hours, remove the foil, baste the belly with the rendered fat and crank the temperature up to 425 F. Roast for another 20-30 minutes, until the top of the pork belly is a deep, rich brown. The meat should be pillow-y soft to the touch, but not falling apart. Remove pork belly to a plate to cool slightly. 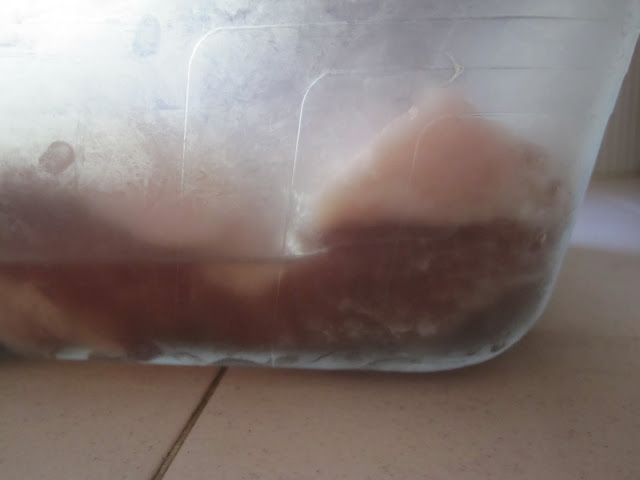 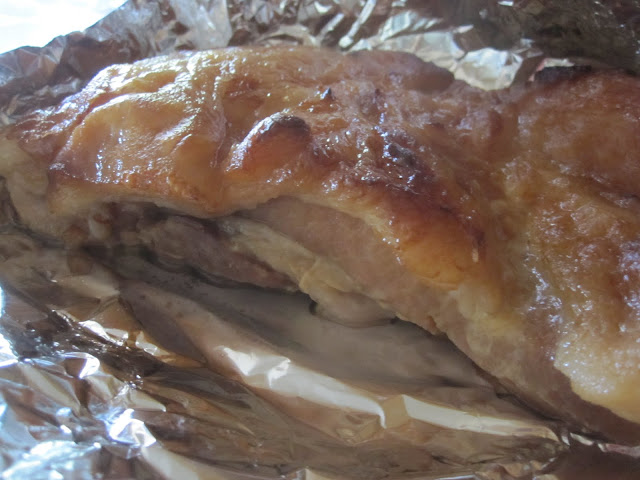 Drain all the fat/juices into a measuring cup. After an hour or so, skim off the fat that has floated to the surface. You may keep it for making pancakes, potatoes, or other David Chang recipes. The brown juices at the bottom are delicious pork juices. You may freeze them for another use, basically whenever you want something to taste nice and porky/smoky. Wrap pork belly in several layers of aluminum foil and chill thoroughly. If it is not fully chilled, it will not cut into nice slices. 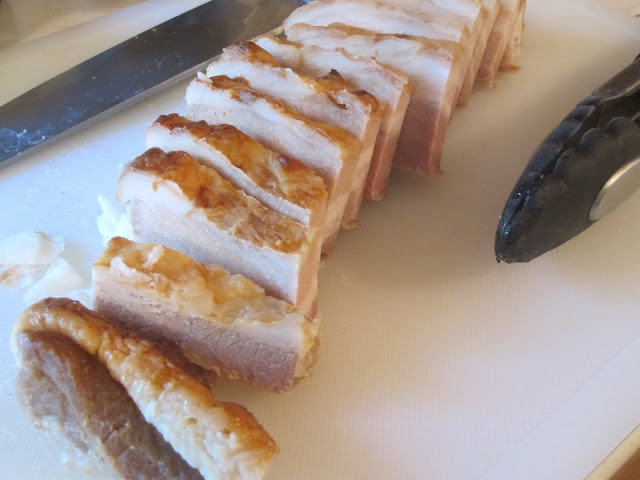 To assemble, let pork belly come to room temperature. Heat a frying pan over medium heat. Warm up the pork belly slices by letting them sear in the pan a minute or two on each side, until they become tender and soft. Steam buns on stove or in microwave. Open bun and squirt hoisin sauce on one side, lay a slice of pork belly down on the other. Sprinkle some green onion on the hoisin sauce and lay on a few slices of quick pickle. Close bun and enjoy.
Posted by Eleana at 1:01 PM