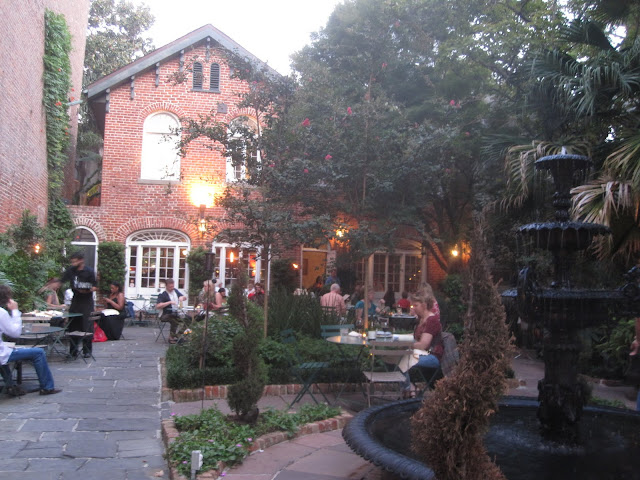 Ahh New Orleans. Home of the bayou, voodoo and gratuitous flashing of boobies for $0.10 plastic beads. My friend Hanna was turning 30 ... or umm, 23 ... so a group of us girl went down to the South for a good old time. It was the first time any of us had been down there, and we were eager to hit up all the sights - alligator airboat tours through the bayou, Bourbon Street, ghost/vampire walks, old plantations, and of course, lots of fooding. The first night there, we stopped by Café Amelie, a hit spot for locals as well as tourists.

Located in the historic 150-year-old Princess of Monaco Courtyard and Carriage House on Royal Street in the French Quarter, the restaurant has a charming atmosphere with courtyard seating (as shown in the picture above) or indoor seating. We sat right next to the fountain, which was ultra nice except (1) poor poor lighting for pictures and (2) mosquitos. Tiny mosquitos that bit the hell out of our feet and shoulders. The waitress finally gave us some bug spray with 7% DEET and we sprayed ourselves down. Then the next table borrowed the it and sprayed themselves down too. 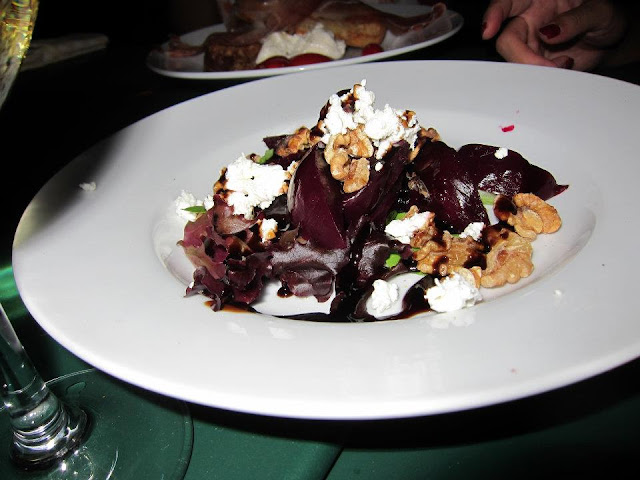 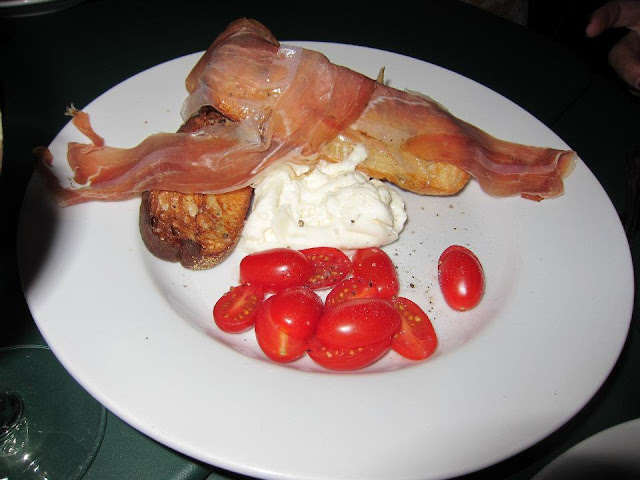 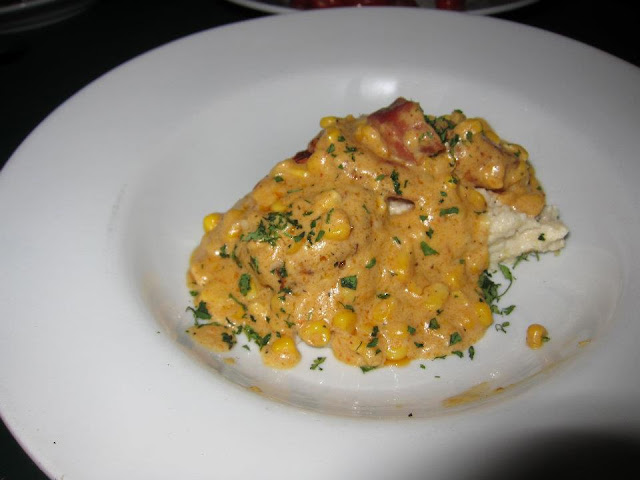 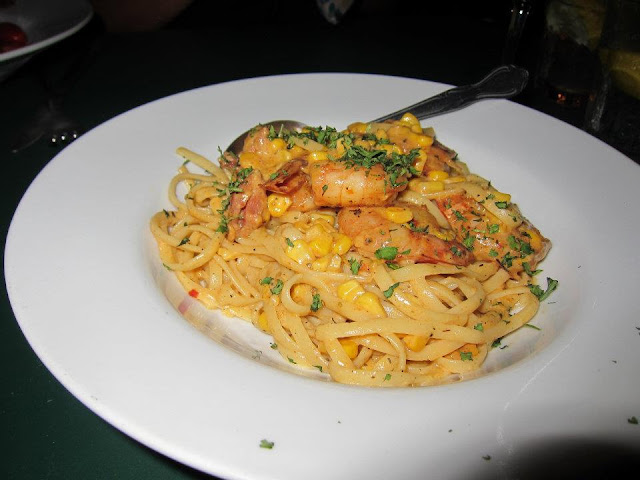 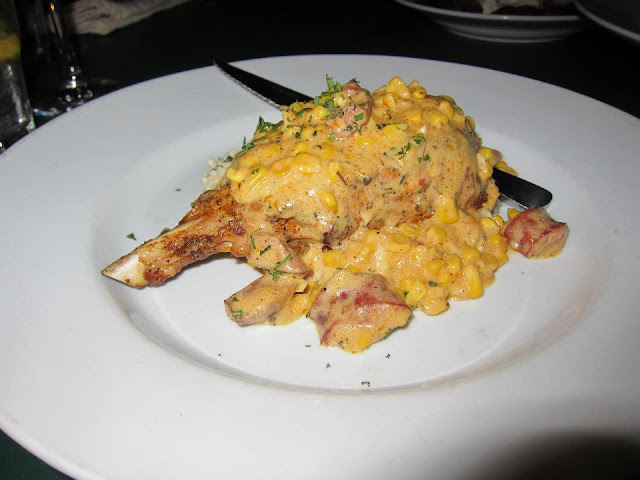 Every dish we had in Nawlins that had shrimp or corn in it (or was deep fried) was terrific. The food was really good and the ambiance was great but we were in a bit of a hurry to get out and join the ghost/vampire walk. Plus, we were being feasted on by mosquitos!

The next day we bought bug spray and I was tempted to buy 98% DEET just to save myself. Vanessa talked me down to 30% DEET, because she said the chemicals were bad for me. A few of my bites swelled up to the size of my fist and a nurse I met finally told me to take some Benadryl to get the reaction down - a tip me and my brother will gladly use in the future for any tropical/humid weather trips.