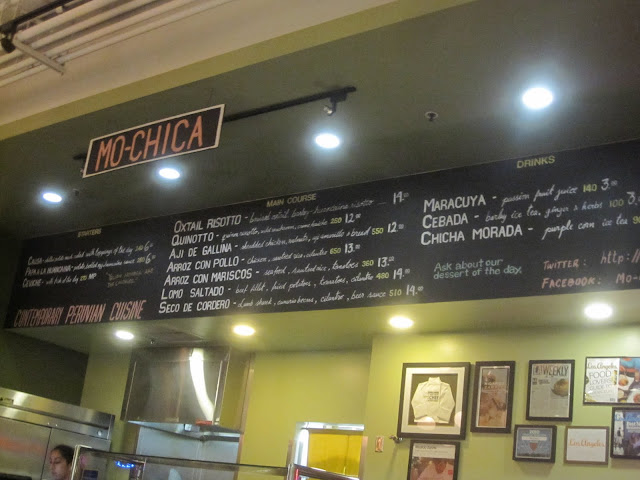 Yay good news! Burgess claims the laptop has been fixed AND he was able to retrieve all my files on it. I have yet to receive the laptop in my hands (hopefully today or tomorrow) but I have high hopes that everything is indeed there. He made a comment about the virus hiding all my folders - what kind of stupid virus is that?? Oh are viruses supposed to be inconvenient and make the victim panic? Then I guess it worked.

After hearing about Mo-Chica for a long time, I managed to convince Boyfriend last week to take me. Ever since we bought his car last month, he has promised to take me out to dinner. One month later, and no dinner - what the hell. And he said that this one didn't count! He better have something up his sleeve because the window of opportunity in which this dinner still has meaning is dwindling ...

At first glance of the address and street location on Yelp, Boyfriend was convinced that we were heading into the ghetto. Yes, the first time I visited USC in college, I was quite terrified for my life as we were in Watts, but the area has cleaned up a lot since then. When he was in college, he worked at the USC mail distribution center close to the Mercado court, and he said it was somewhere no one wanted to stick around after dark. But that was so long ago! Get into your new car and drive us to dinner, please. If it looks sketchy or like we'll get shot, we don't have to get out of the car.

Luckily, the area was all cleaned and safe, though the street was quite deserted. Upon walking into the Mercado, we expected more of a food court but was surprised to see that it was sit-down and had waiter service. We glanced through the menu a but, but I already knew what I wanted - the only item that did not list its calorie count. We presumed it was because the calorie count was higher than 650, which is the highest number on the board ... our waitress confirmed this hypothesis was correct. There goes the diet. I have included the calorie counts below for your entertainment pleasure. 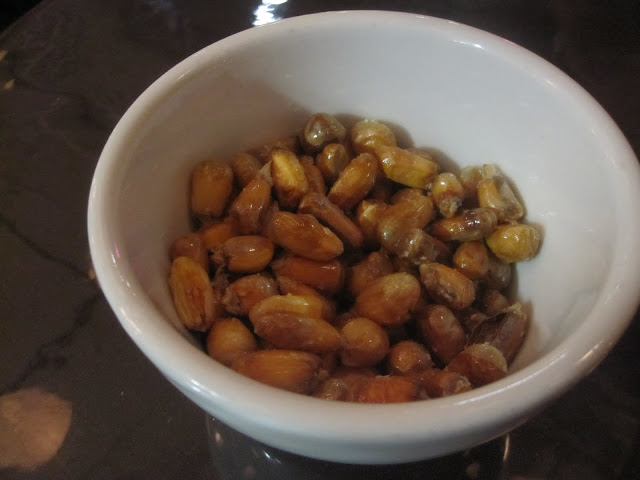 some kind of corn nut 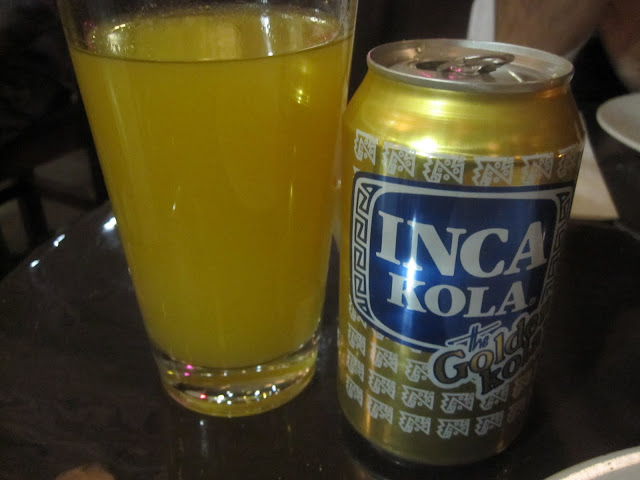 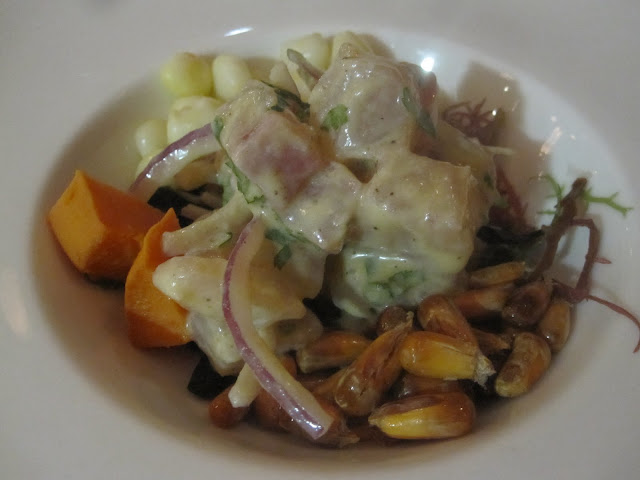 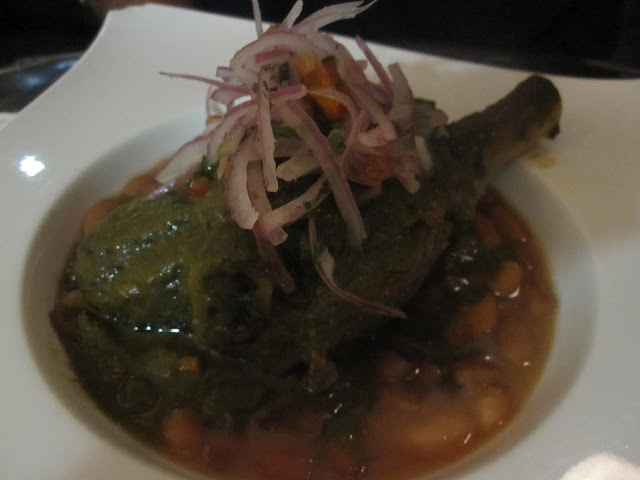 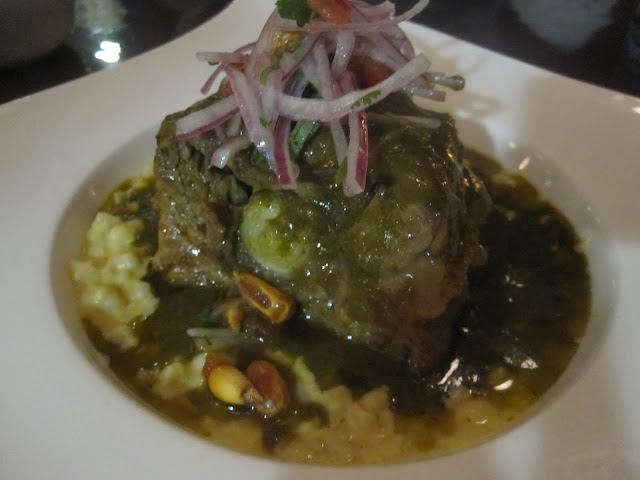 The meats were fall-off-the-bone soft and tender, and the sauces were great. However, no matter how hard we try, we can never really really like risotto. I've had some really good ones, but most of the time they're just very heavy. Maybe next time I can request the oxtail over white rice - the sauce with plain carbs would be delicious and homey/comforting! Home cooking at it's best. Speaking of home cooking. this is the following conversation I had with my family this weekend after dim sum, after I tried to give them some of MY homecooking in the form of frozen Book Club wontons:

Mom: Eleana (or the Chinese equivalent thereof), I ate your wontons. They're no good.
Dad/Brother: Hahahahaha
Me: What do you mean? The ones I wrapped?
Mom: Yes. No good. The meat is too hard. You need the meat to be softer. Did you add egg?
Me: Yessss.
Mom: Did you add water?
Me: Yessss.
Mom: Did you add cornstarch?
Me: Umm no.
Mom: See? You should have added cornstarch. Where did you get this dumb recipe from?
Me: From Grandma. Dad's mom. When I went back to Taiwan.
Mom: You must have messed up then.
Dad/Brother: Hahahahaha
Me: I did what Grandma told me to do!
Mom: Whatever. I'm just trying to help you make wontons that aren't bad, with hard meat.

So ungrateful. So Asian critical. I love it - it's comedy. Most of it time, it's my mom being all crazy to one person and the other two people laughing in the background. But not too loud, otherwise she'll get annoyed and turn her wrath upon the laughers and all of a sudden, we gots three victims instead of just one.

Email ThisBlogThis!Share to TwitterShare to FacebookShare to Pinterest
Labels: Chinese