My first visit here was for DineLA and it was crazy crowded. The manager told me he had 72 reservations for lunch only, as it was the last day of DineLA. My co-worker Sona was unable to go for lunch at the time so I promised her we'd definitely go back.

When you walk in to the O Hotel, you make a right and see a hostess podium for Bar+Kitchen, but there is no one there. Since the restaurant is shaped like an L, the waitresses or host can't see around the corner and notice people standing there. We waited for about five minutes before someone peeped around the edge and were able to seat us. As we had lunch, we saw this happen a bunch of times, where people ended up wandering back into the restaurant area after waiting at the hostess stand for too long. Akward setup. 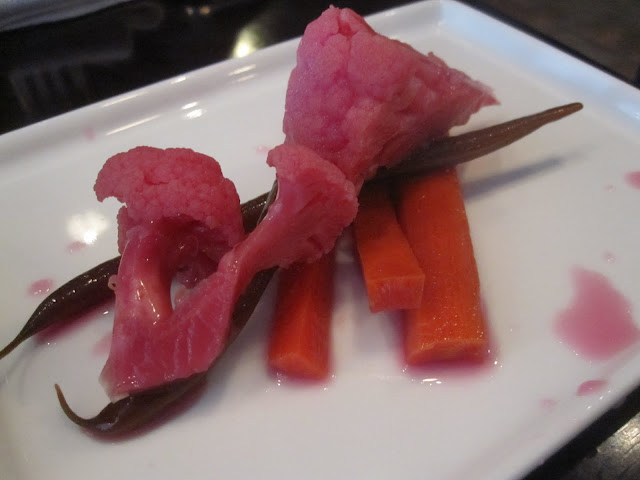 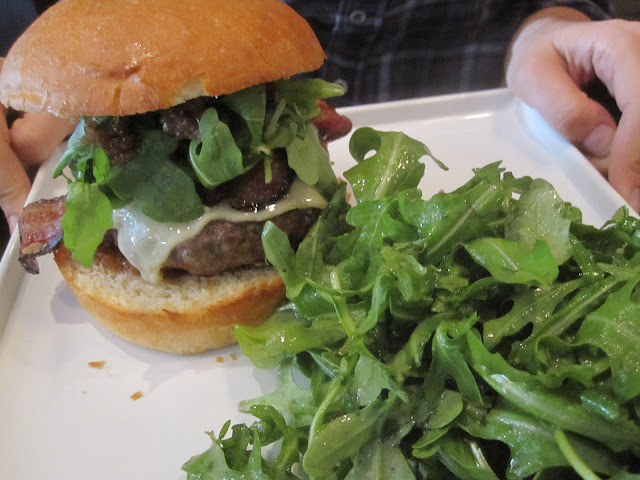 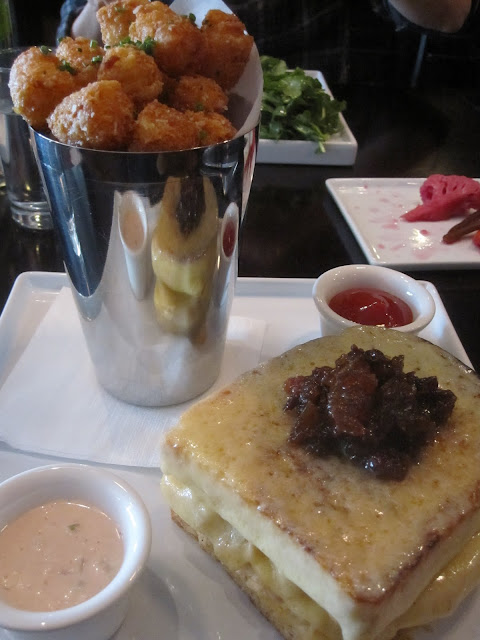 The food was good, but so heavy and pretty buttery/oily. The menu has a lot of tapas items which would be good for a happy hour, but hard to eat during lunch. The tater tots, however, were fantastic - incredibly crisp (double fried?) and garnished with a hint of truffle oil. I would go back just for those. But other than that, there aren't a lot of choices on the menu. It's definitely more worth it to go for DineLA.