The Walking Dead S3E6 - A Mini Thanksgiving (with Chicken) 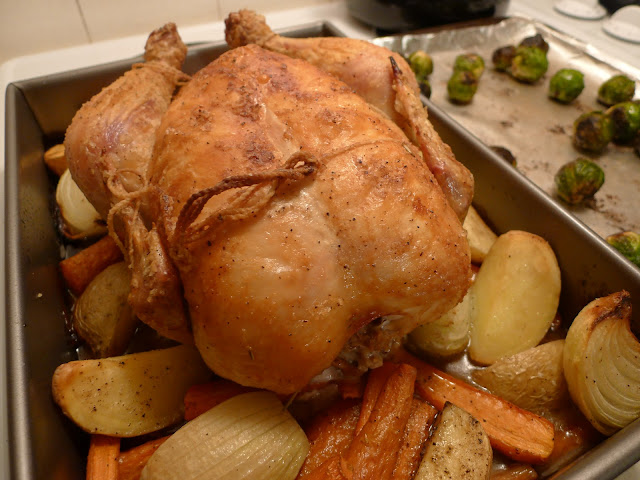 Thanksgiving is upon us tomorrow! I tried to tell Boyfriend that I made him a baby turkey, which is why the (chicken) was so small. But he wasn't fooled. Apparently he can just tell the difference between the taste of chicken and turkey! Strange. 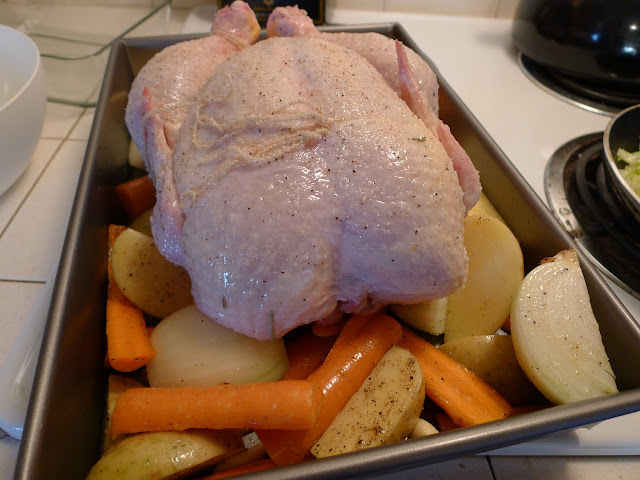 I followed the same Thomas Keller Roast Chicken recipe as I had done in the past, but I changed the veggies underneath, as they were a bit undercooked last time. This time, I cut the carrots smaller and in half, quartered an onion and quartered four yellow Dutch potatoes. Also, I cut the butter to rub onto the breast by half. The skin still turken out nice and crispy though. Score! 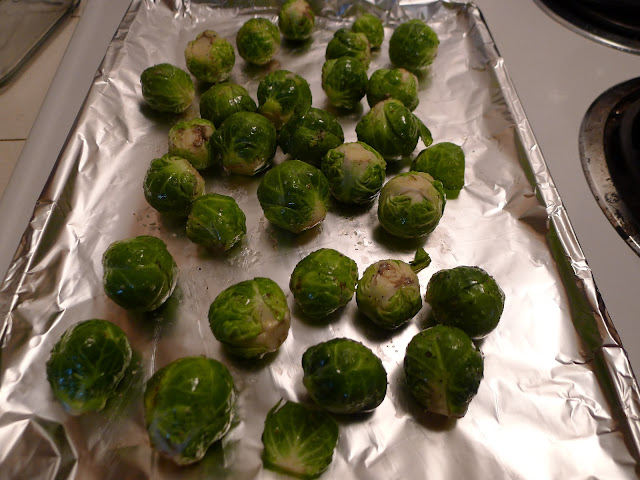 I made brussel sprouts for the first time, which was awesomely easy to make with the chicken since they both roast at 400degrees F. Then when I took out the chicken and it was resting, I lowered the oven temp to 350degrees F and popped the stuffing in. By the time the chicken finished resting and I carved it, the stuffing was ready! All of this was basically a test on timing for the T-Day showdown. 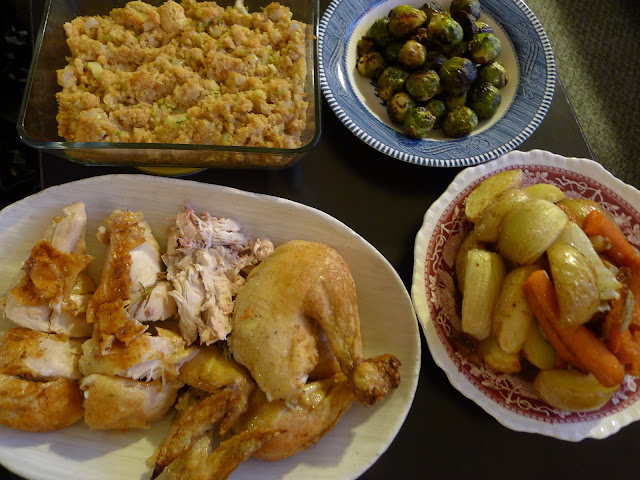 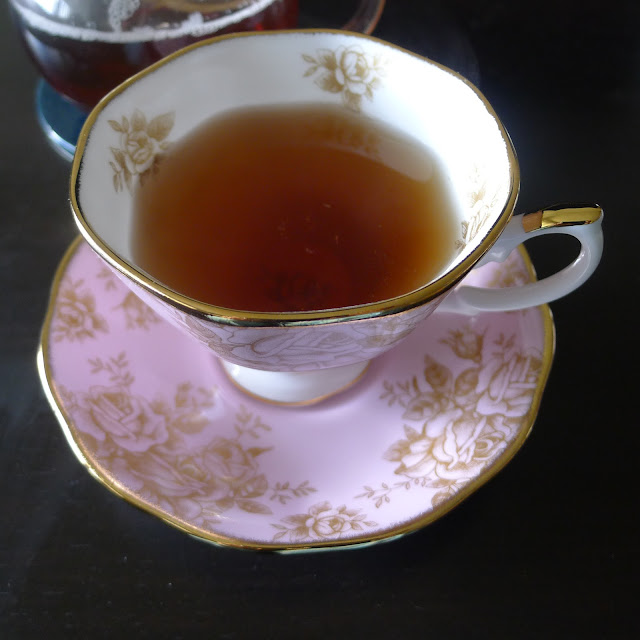 On another note, I used the cups that Boyfriend gave me for our three-year anniversary! Don't they look super fancy and golden? I always naturally drink with my pinky up (yea, sorry I'm weird) but I made sure the pinky was super-up when I used this cup! I drank some ginger peach tea that Vanessa gave me and the experience was exquisite.

Preheat oven to 400degrees F. Wash and trim brussel sprouts, removing any withered or yellow outer leaves. Half the large sprouts, or leave them whole if they're small.

Toss brussel sprouts with the remaining ingredients and pour onto a foil-lined baking sheet. Roast for 35-40 minutes, shaking the baking sheet about every 10 minutes, until the sprouts are tender.
Posted by Eleana at 1:10 PM