I knew it would be an uphill battle/trek because Boyfriend is Italian but this week for The Walking Dead Sunday supper, I decided to try to make meatballs. Some part of my mind had a beautiful amazing image that consisted of him taking one bite of the meatballs (which I've never made before; this was a first attempt) and proclaiming that they were the absolute best meatballs in the whole entire world, even better than his Grandma's meatballs. Umm that didn't happen. 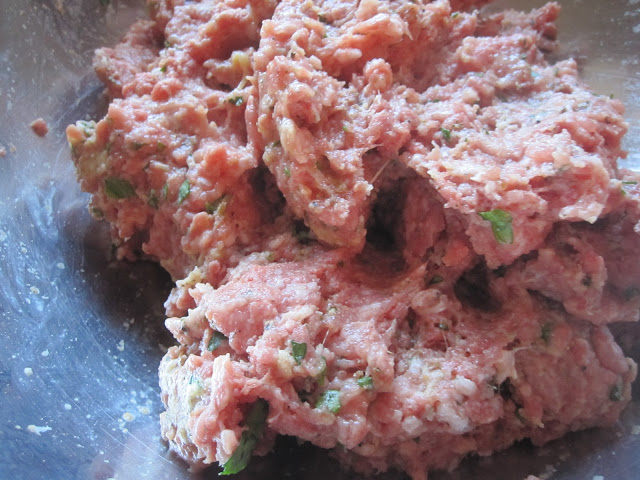 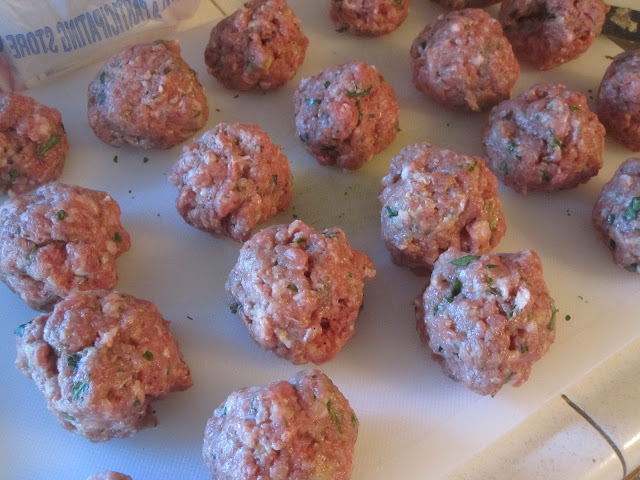 Not to say that they turned out badly. Actually, he admitted that they were quite good for a first attempt but the recipe just needed some tweaking because there was still "some distance" between mine and his Italian grandmother's meatballs. After all, his Grandma had been making them for 70 years and this was my first try. Sadness.

I mixed the meats with fresh made Hawaiian breadcrumbs, spices and parsley by hand and formed them into uniformed sized balls. Then dropped them into sauce (without frying or baking them first) and simmered for three hours, stirring occasionally. Served with crusty Italian bread and a bell pepper, tomato, onion and avocado salad. 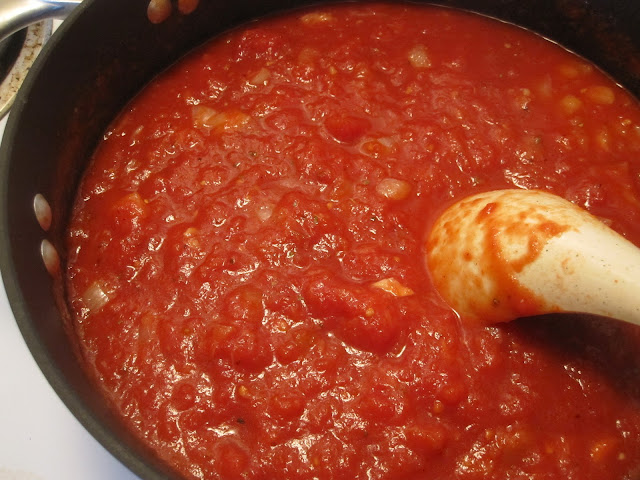 Next time I think I'm going tp substitute panko breadcrumbs for the fresh Hawaiian bread and up the amount of milk. Also, I'm going to use some fattier meat cuts. Maybe a hint of red wine vingear as tenderizer. Totally determined now to make some perfect meatballs!! Who wants to come over for dinner and help me eat them? 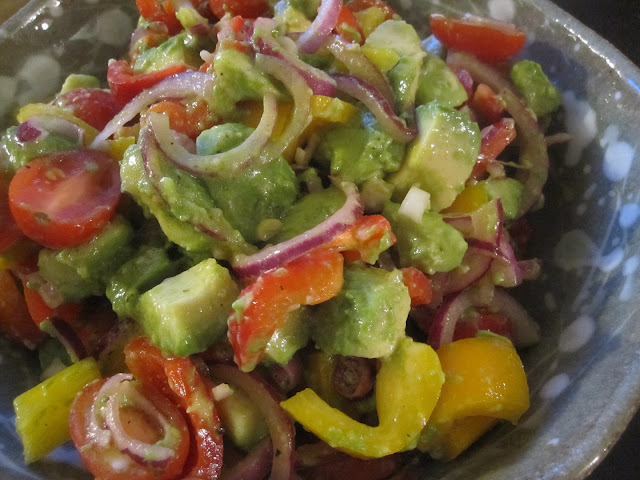 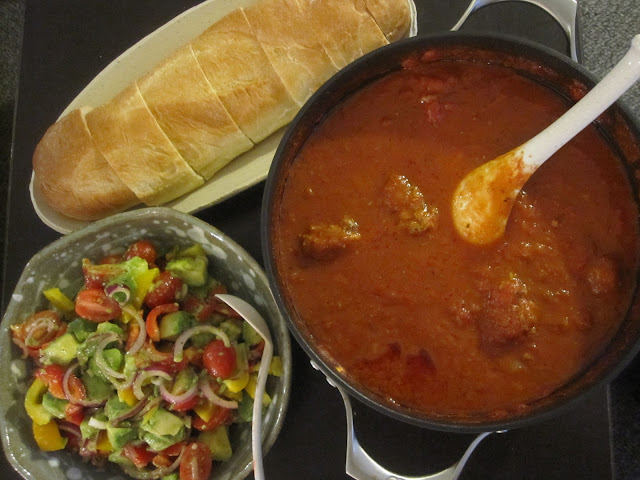 In a large pot (dutch oven) over medium heat, sautee onion and garlic until fragrant and soft, about 7 minutes. Pour the plum tomatoes into a bowl and squash by hand. Add the tomatoes and the rest of the imgredients into the pot and bring to a simmer.

Combine all ingredients in a large bowl and mix together by hand. Don't overmix but make sure everything is blended nicely. Score into four equal sections; make each section into 5 slightly-larger-than-golfball sized meatballs. Drop raw meatballs into sauce and simmer for three hours.