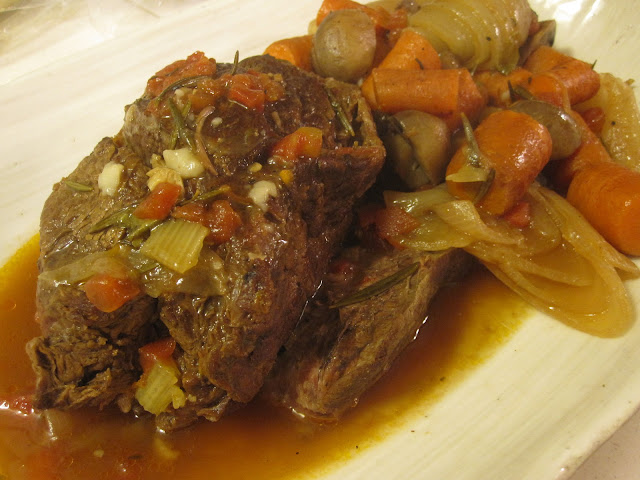 I made pot roast. It tasted ... well to be quite honets, it tasted a bit like Campbell soup out of the can. But not just any Campbell's soup ... the thick n' chunky line, to be exact. I have no idea why it tasted that way, but at least now I know that I can make big batches of this and sell knockoff versions. Bampbell Soup, it'll be called. Nobody steal my idea!

The pot roast braised for three hours, which made the meat tender, but not as falling apart as I would like. Extra veggies were also added, so the meal wouldn't just be one big hunk of meat. 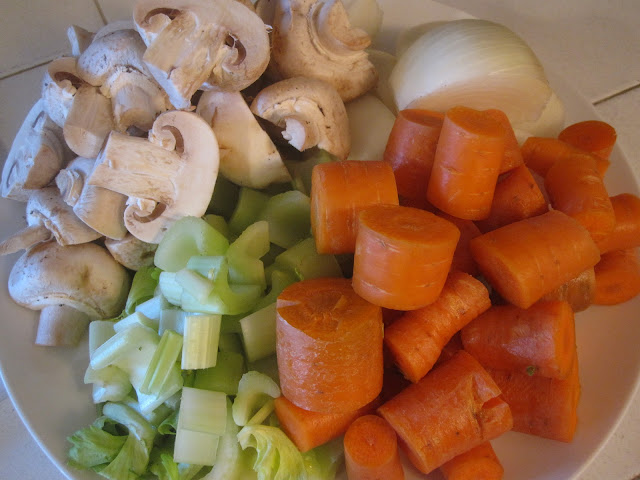 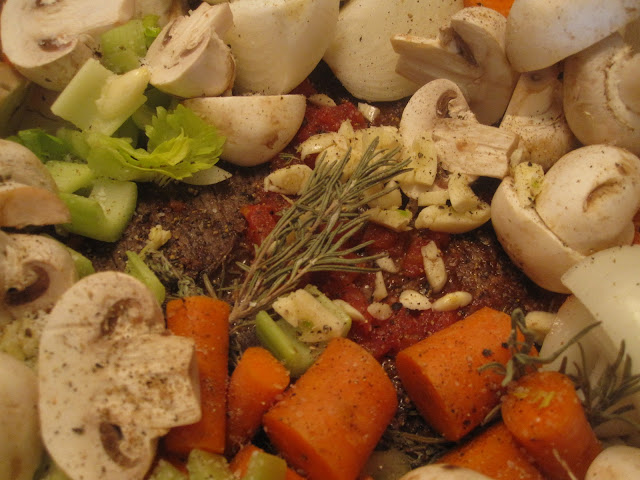 It looks very pretty though, when I had all the ingredients assembled. Also, let's talk for a minute about the Rachel Ray "garbage bowl" ... do you know that you can go to Target and buy a big ceramic bowl that says "garbage bowl" on it? First of all, it's such a waste because at the end of everything you have to wash yet another bowl. Second of all, you're spending probably $20 (I don't know how much it is) to buy a bowl that you basically can't use for anything else besides garbage ... who wants to eat salad out of that bowl? I have a much better idea ... behold the AZN GARBAGE BOWL. 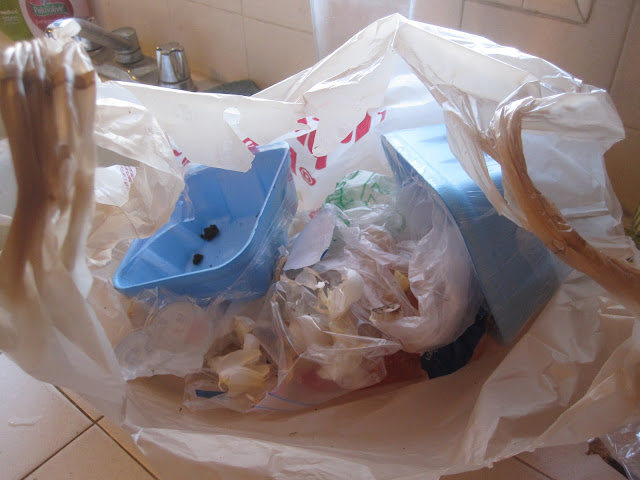 Although now that I think about it, plastic trash bags may start becoming a bit harder to come by now that we're supposed to be bringing our own tote bags to the markets and stuff. Hmm ... maybe I will end up buying the garbage bowl after all!

Season all sides of the beef with a fair amount of salt and pepper.

In a large Dutch oven or other heavy pot that has a tight cover; heat 2 tablespoons of the oil over moderately high heat. Brown the meat on all sides, taking the time to get a nice crust on the outside. Pour in the tomatoes, beef broth and cognac. Scatter the vegetables and herbs around the pot roast, season with additional salt and pepper. Cover the pot and reduce the heat to low. Braise for about 3 hours, basting every 30 minutes with the pan juices, until the beef is fork tender.

Taste and season with more salt to taste. Slice the pot roast and arrnage on  platter surrounded by the vegetables. Serve with the pot juices.
Posted by Eleana at 8:36 PM