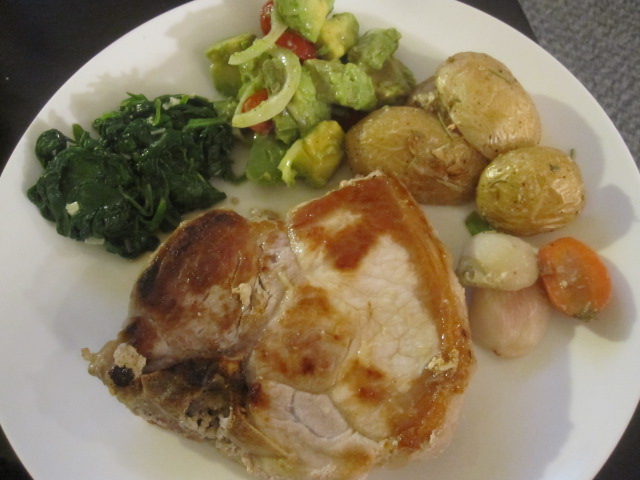 I have no idea how to name this recipe. It's just pork chops. Literally. Pork, salt and lemon. I was reading The Wednesday Chef and she raved about this recipe so much that I had to prepare it for Boyfriend. He liked it but I think it was a bit too simple for him ... he had to use Tapatio. But he uses Tapatio on practically everything so I don't know if that's a good baseline to judge. 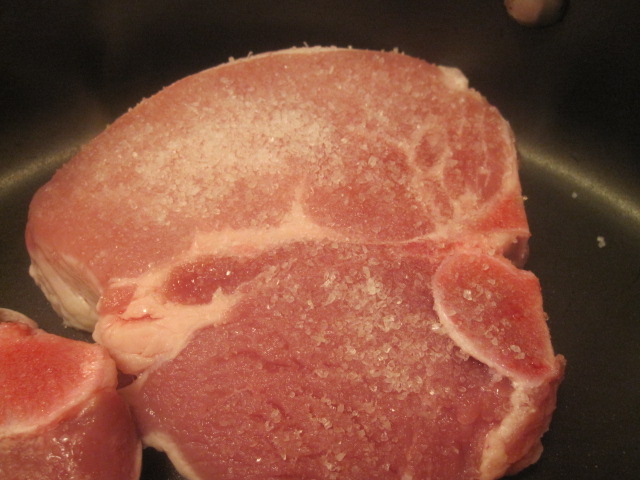 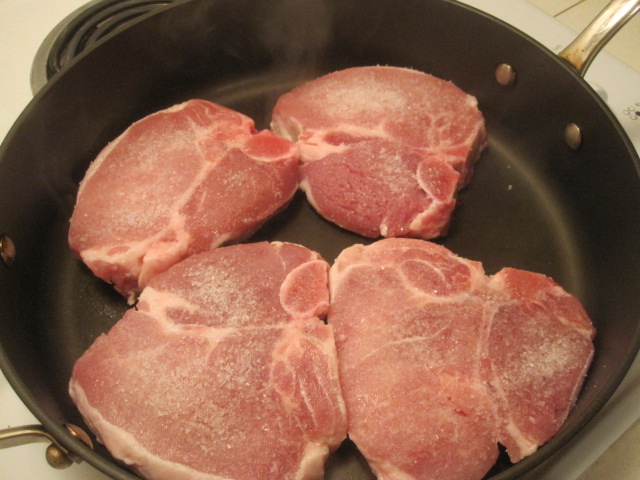 This week's The Walking Dead was definitely not as intense as last week, which is really good. I cried last week ... it was crazy. The amount of intensity in that episode was too much to handle. Boyfriend is not liking Michonne's character at all, and I agree at him. Why you so angry, Michonne? Why you so suspicious? Why do you just keep glowering at the camera and at everyone else?

Based on what Boyfriend has told me happens in the comics, I'm waiting for the Govenor to show his evil side but I don't think that's really happened yet. He's actually supposed to be very molest-y but I don't think AMC would umm, show scenes like that on the channel. 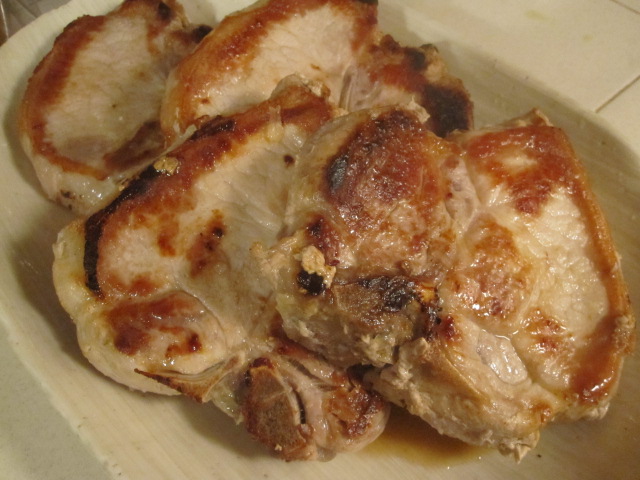 Anyways, back to the pork chops. I think if they were a bit fattier, it would have been better. Served with garlic rosemary roast potatoes, sauteed spinach and tomato/avocado/onion salad.

Good-quality pork chops, around 1/2 an inch thick
Coarse sea salt (do not use fine)
Lemon

Take a heavy frying pan and put it over medium-high heat. Coat one side of each pork chop evenly with one or two teaspoons of coarse salt, depending on the size of the chop. That's PER CHOP.

Lay the pork chops, unsalted side down, in the hot pan. No need to add oil. Let the chops fry until, the salt on top starts to go clear, meaning they've absorbed the liquid from the meat (a little less than ten minutes). Flip the chops to the salted side

Fry thie unsalted side for just a few minutes, until the salt sticks to the pan. Remove the chops to the serving plates and, using a spoon, scrape off the coarse salt and discard. Flip the chop again, so that the nicely browned side is facing up. Squeeze a good amount of lemon juice over each one and serve with more lemon on the side. 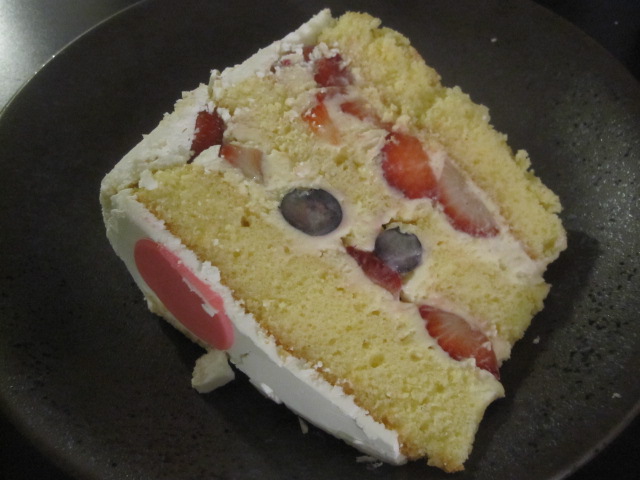 Ate a slice of Vanessa's birthday cake from dessert and it was wonderful. Happy early birthday, Vanessa!
Posted by Eleana at 11:59 AM

Email ThisBlogThis!Share to TwitterShare to FacebookShare to Pinterest
Labels: pork, The Walking Dead