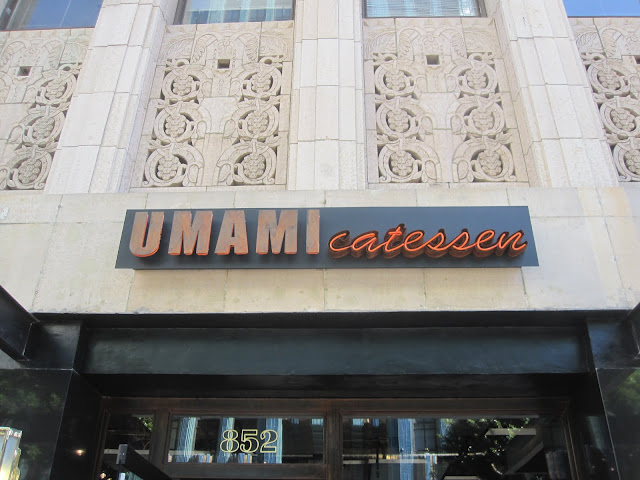 I originally had a date with Ms LadyDucyane to check out the soft opening of Umamicatessen today, but alas she had a scheduling conflict ... so Boyfriend was dragged along instead. Now that lunch is over, I really don't think he minded though. I've also just noticed that LadyDucayne has not blogged since August. WTF. 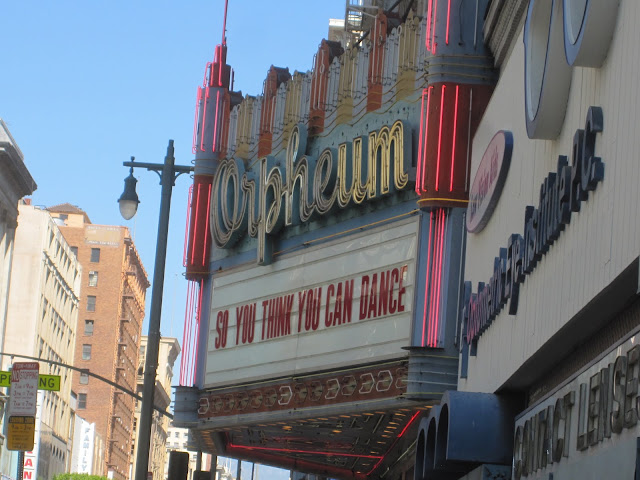 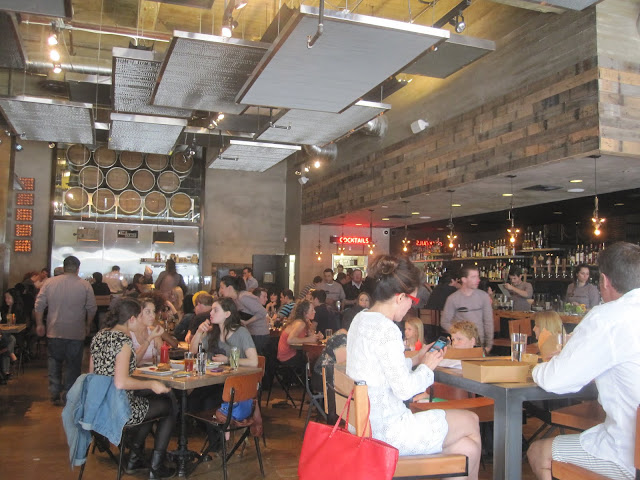 Located right next to the Orpheum Theatre, the inside of Umamicatessen (what a handful to type out!) was not quite what I was expecting - from what I had read on Grubstreet, I expected more of a food court, but there was a reception desk right next to the front door where a very nice host greeted us and asked for the number in the party. Apparently though there are four concept restaurants together in one space; they are not separate entities, but one cohesive "restaurant" with one menu whcih was divided into sections. 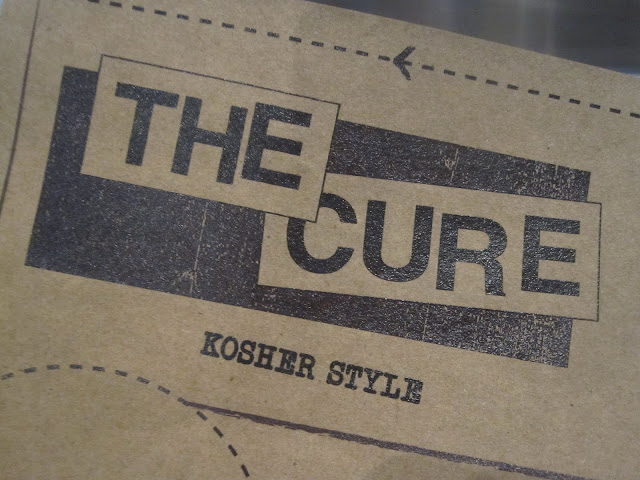 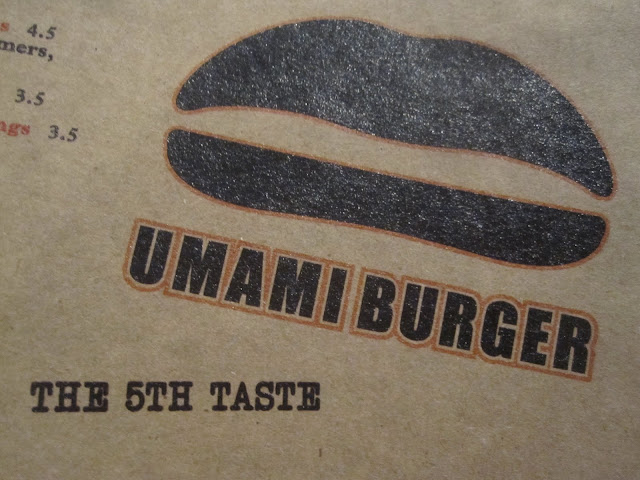 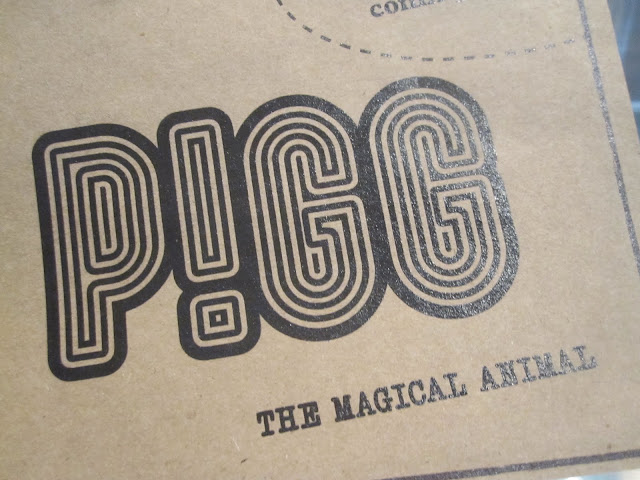 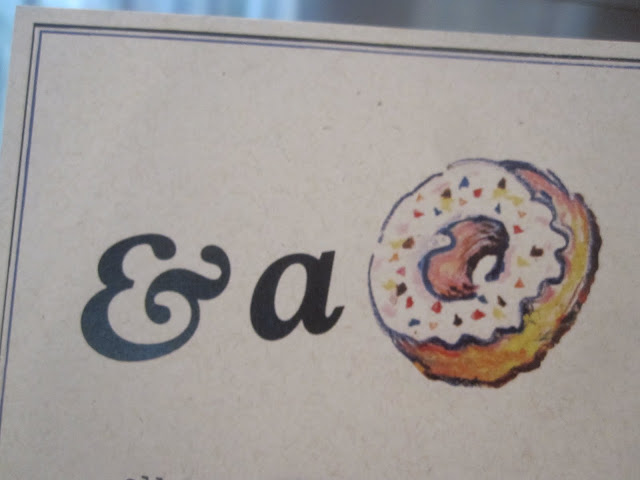 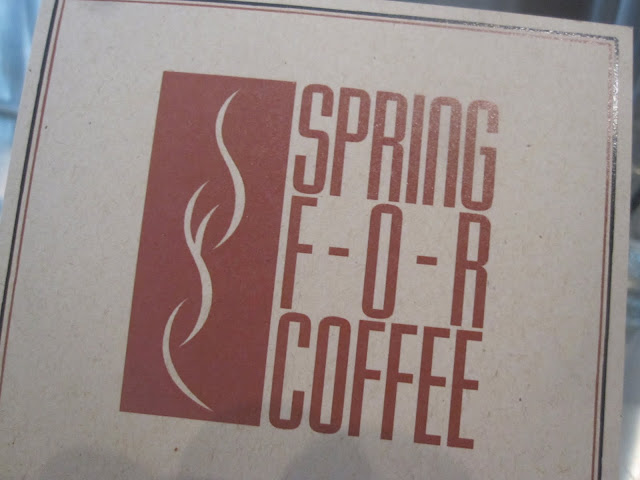 The place was busy and industrial-looking (in a good way) and packed full of people, but the noise level was quite acceptable (I'm looking at you, Bottega Louie). After Boyfriend and I perused the menu, we decided that the best thing to do would be to order at least one item from each of the eateries (well, the savory eateries anyway). 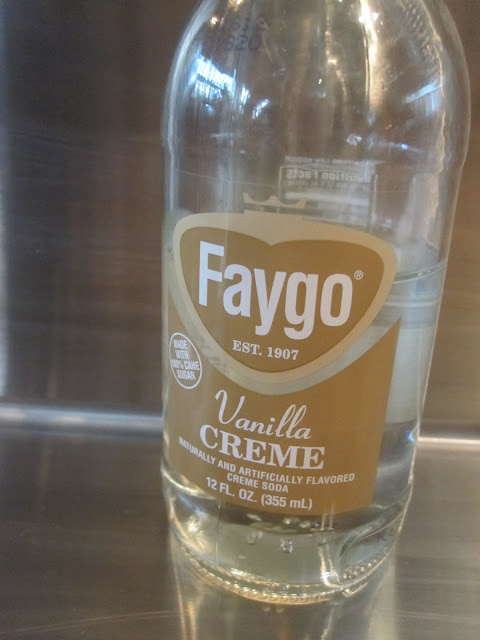 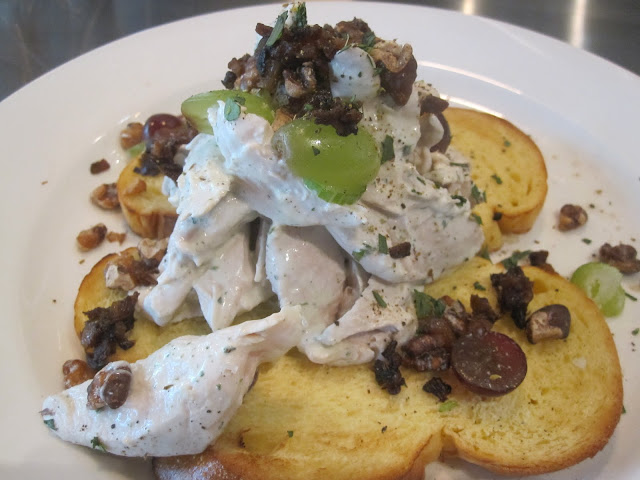 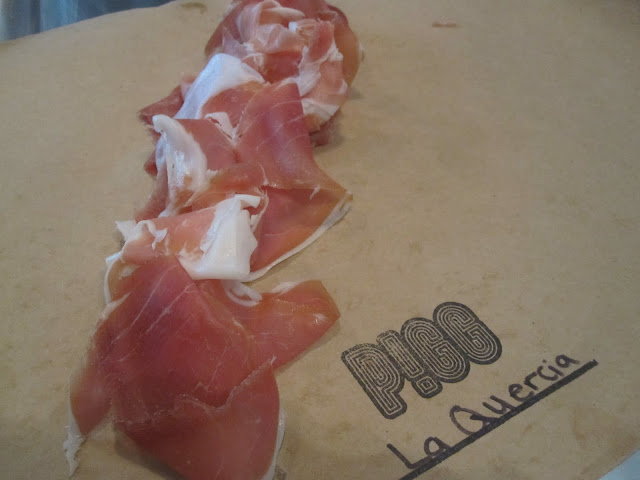 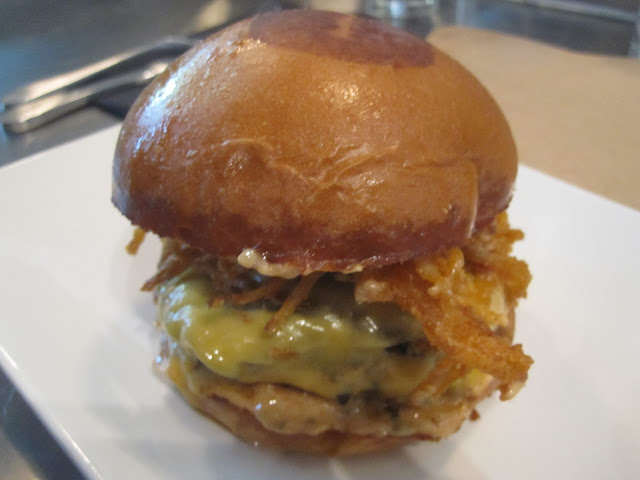 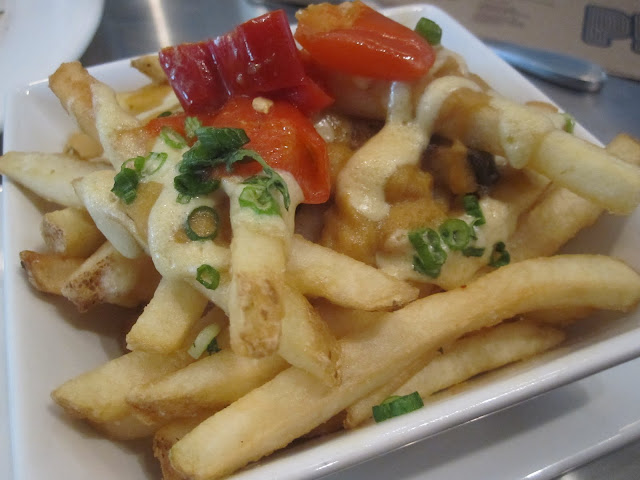 Our server was super nice and friendly, but I think the staff is still getting used to everything. We never had our water refilled and had to wait awhile for him to swing by the table to order and ask for the check, but the food arrived quickly and was hot - no delays from the kitchen at all, which is very impressive.

We were lucky enough to sit right at the bar of P!gg, where Chef Chris Costentino (of Incanto and Boccalone fame) was hanging out. He took some time out to chat with us and talk about his revolving glass closet of the different hams that were offered. He enthusiastically told us that he planned on offering not only ham from places like Italy, Spain and the US, but from other more-unheard of places like England and Ireland in the future. Very awesome to taste different hams from all over the world. 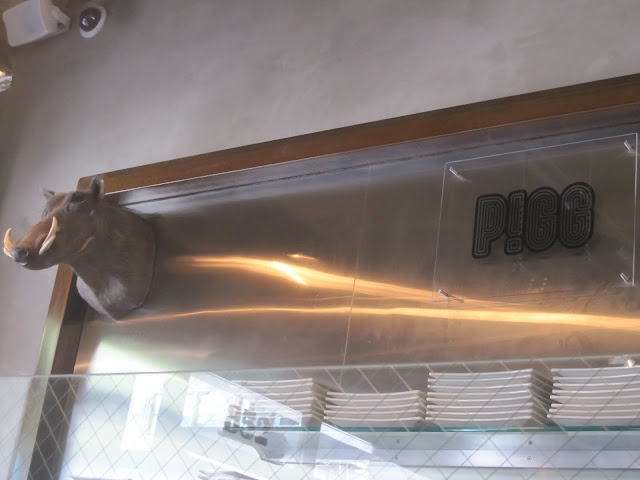 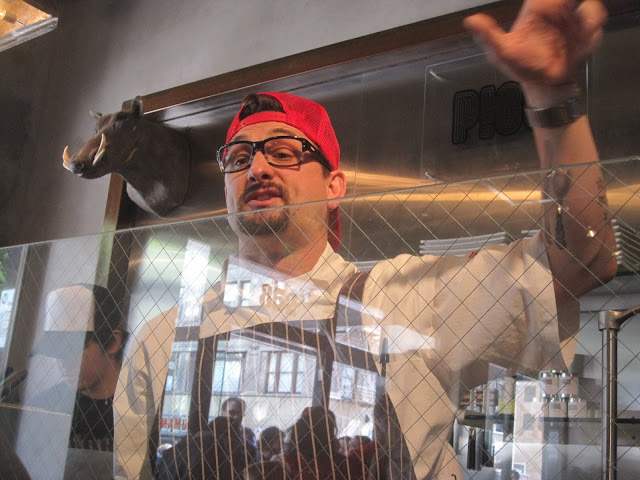 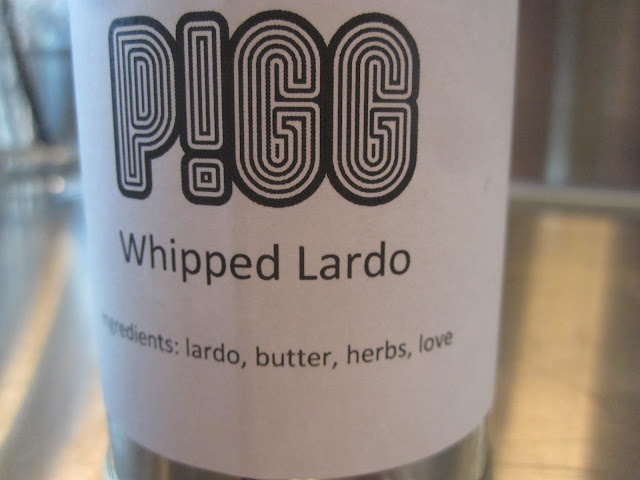 Umm how can you not love a chef that comes up with tiny cans to hold his whipped lardo, with labels such as this? That's HIS love in the can, by the way. That's what makes it special.

Alas, we were too full for dessert but check out this donuts menu. I would have like to get a scoop of their soft serve, but they didn't have any today. A foie gras mousse, jam and peanut donut though? LadyDucayne, we might just have to order that ... 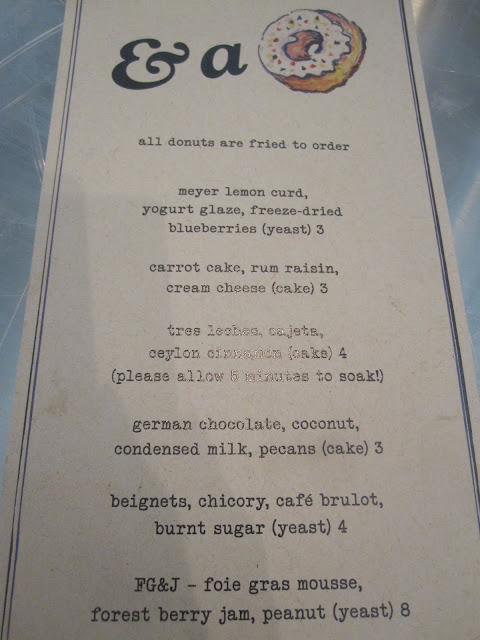