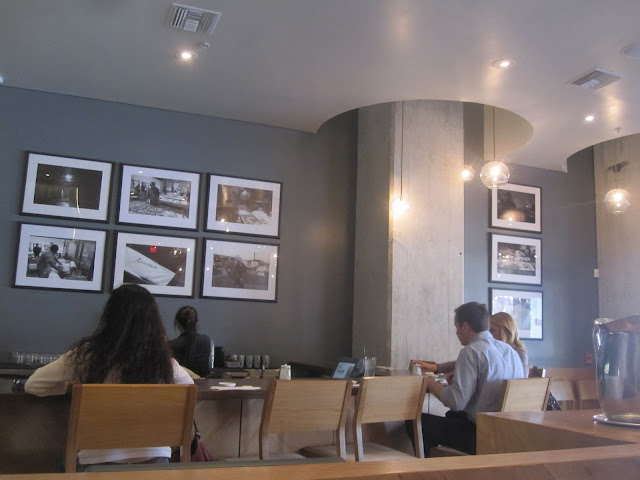 I took Boyfriend to Sushi Nozawa (the one in Studio City) for his birthday two years ago and honestly wasn't too impressed. I disliked that we were given two pieces of every fish instead of just one like as Sasabune or Sushi Zo; you can try many more different varieties of fish that way. I disliked that he had anything out of the ordinary, only the most basic items like yellowtail, salmon, tuna, etc; I don't need to eat whale but I like some items that aren't so run-of-the-mill and that showcase the seasonal items.

Most of all, I disliked that there was no interaction at all with Chef Nozawa. We tried to engage him in conversation, especially since there were only three other people at the bar. But he was stoic and silent and relied on two runners standing next to him to pick up the plates of sushi and walk them 1.5 feet over to us and then walk away, only telling us about half the time what we were eating. I think I'm well versed enough in sushi to take a look at my plate and know I'm being served, but not everyone knows (including Boyfriend). Basically we left the restaurant with such a bad taste in our mouths that the next night, I took him to our favorite KBBQ, Soowon Galbi, to make up for his birthday.

Enter Sugarfish by Sushi Nozawa. It's supposed to be omakase (trust me) sushi that is easily accessable and available to the public, quicker and for a cheaper price. I was invited to the soft opening of the restaurant and found the quality to be very good, but the service even more detatched than at the actual Sushi Nozawa location. After refusing to go there for months (unless it was paid for by work), I decided to take Sona for her to at least try it since during the soft opening she had been all preggers and shit, and couldn't eat any raw fish. We ordered the regular "Trust Me" and it was a good lunch for the two of us ... but if I were a guy, I think I'd have to go with the "Nozawa" to be full. 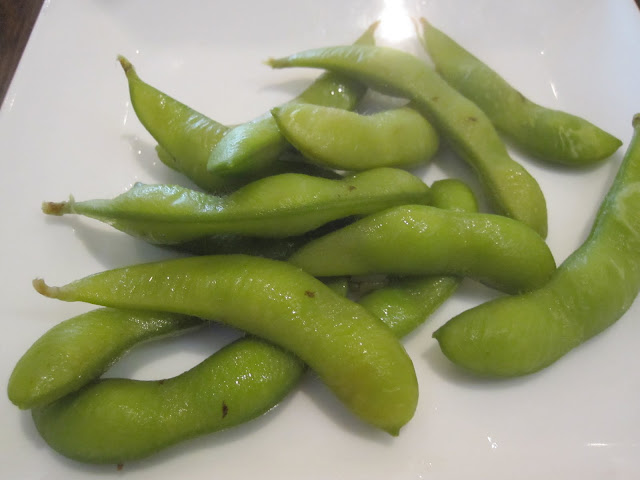 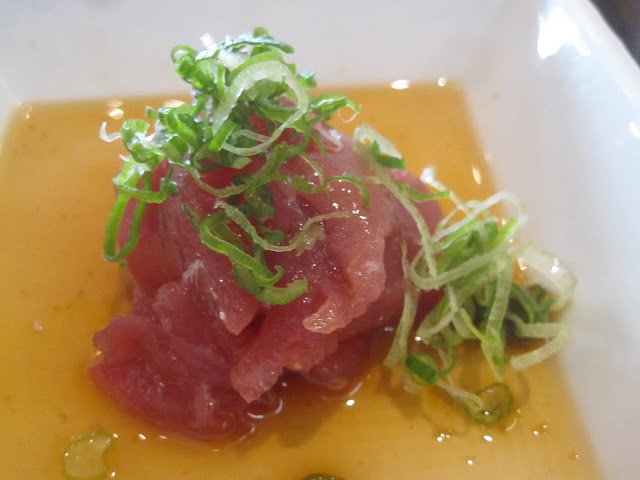 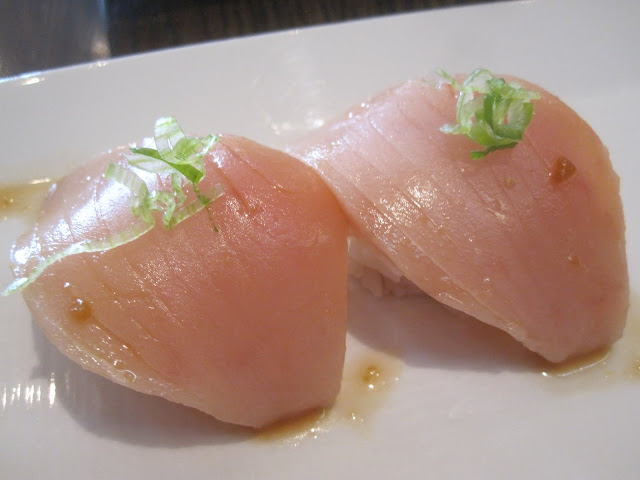 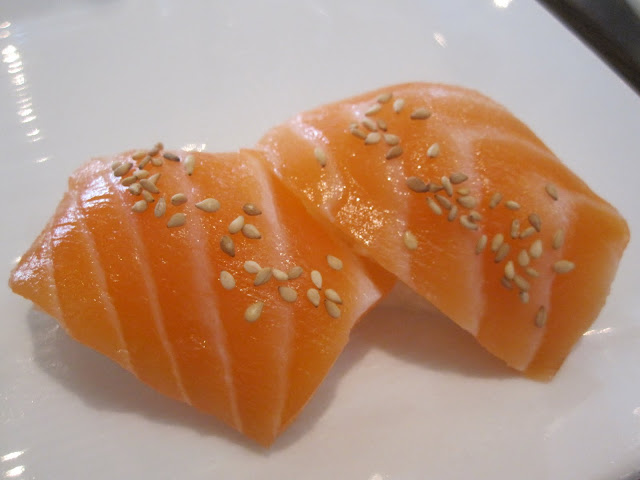 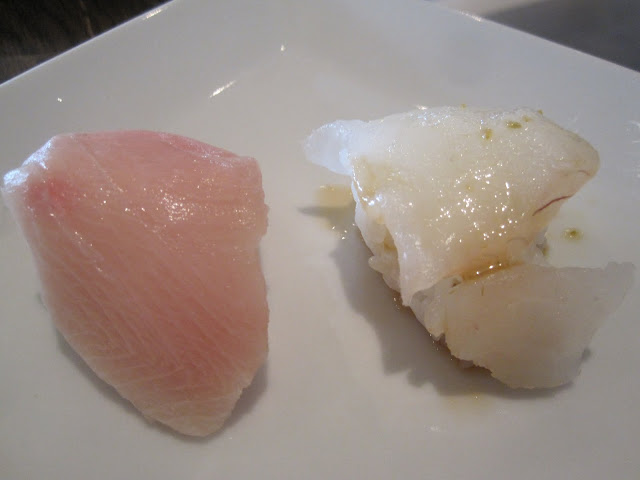 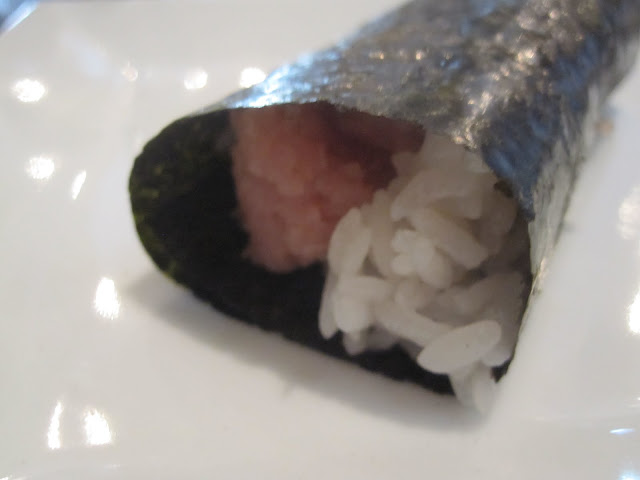 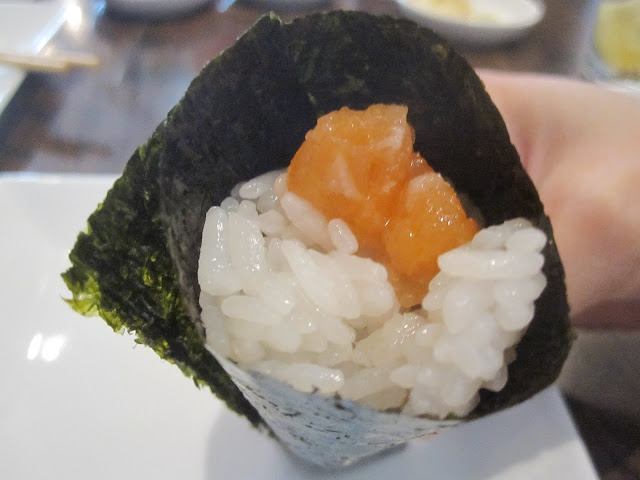 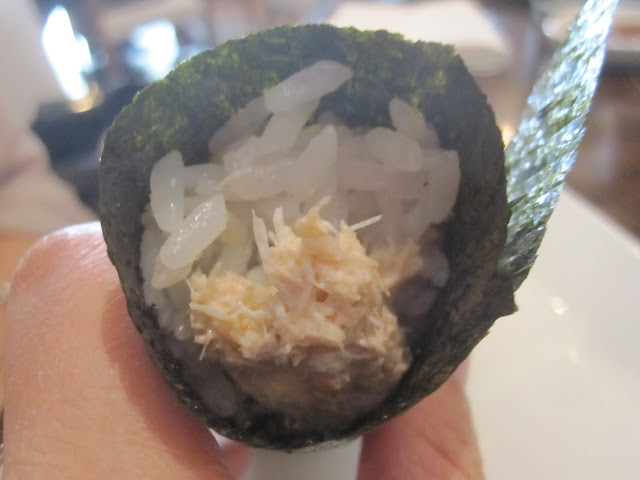 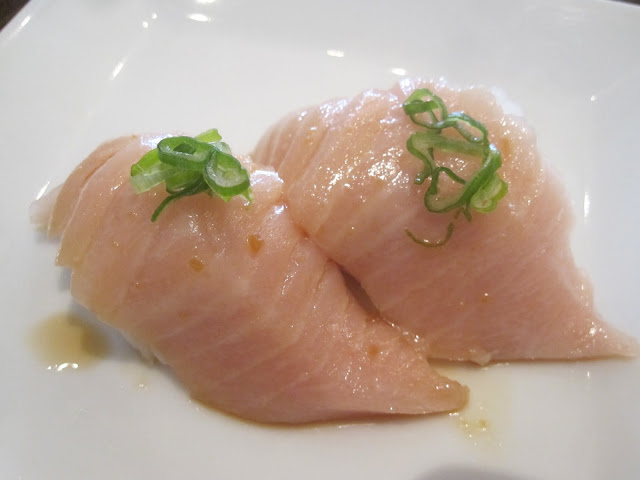 We spoke to the general manager as he came by and he was enthusiastic about how good business was; he suggested the albacore belly as a special of the day. The pacing was off since plates of sushi came out one after another. There were times where our table was covered with six or seven plates of sushi between the two of us. Again though, the quality was very good. I think I just dislike the concept of all the Nozawa restaurants (Sushi Nozawa in Studio City closed on February 29, 2012), but that isn't to say that there is any issue with it being good-quality sushi.
Posted by Eleana at 12:55 PM