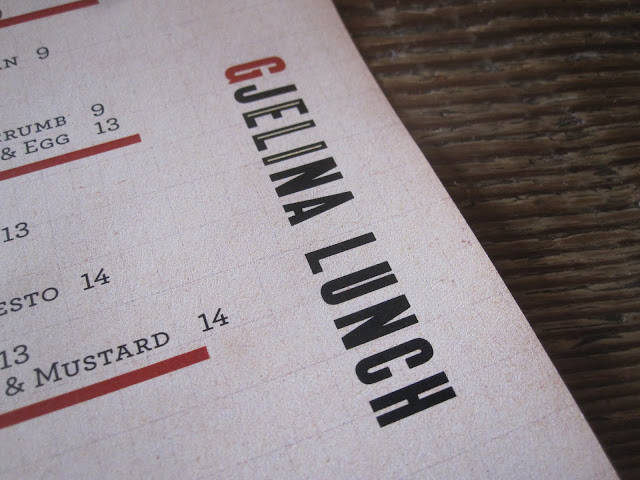 Have you ever gone to the gym, and then figured that since you were burning so many calories, it entitled you to eat/drink whatever you want? Boyfriend and I got our memberships in February of 2011 and when I first started "working out" (and by that, I mean once or twice a week), I figured that I could go crazy with the desserts. And man, I had cake every single day for like ... two weeks. That didn't turn out so well. I said things in disbelief like "If I'm working out, why am I gaining weight? This is so stupid!" Now I've figured out that I have to also eat healthy (for the most part). But occasionally, cravings do hit.

Once such craving hit hard at work and I immediately jumped into my car and honed in on the dessert at Gjelina. But more on that later. I've been to Gjelina before for dinner, and had a hard time scoring a reservation. Going for lunch during a weekday is a bit better, but there were still quite a few tables filled. One of the owners himself came over and took my order, which was nice because he was very enthusiastic about recommending items on the menu. The rest of the staff was not so attentive; they basically stand around in the bar area, gossip and play with their hair the entire time, and never look up and around the dining room to see that myself and a couple other tables were trying to wave them down.

Please do not judge on the amount of food I ate by myself. Like I said, a craving hit and I heard that there was scientific evidence to prove that if you have a craving, it's because your body NEEDS that food. My body needed a main, a side and a dessert. 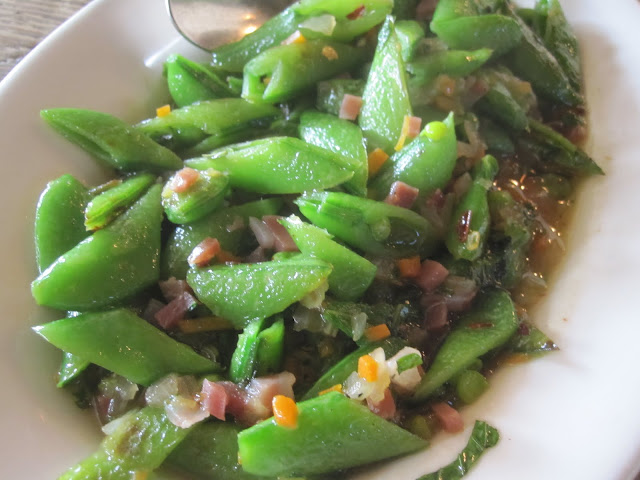 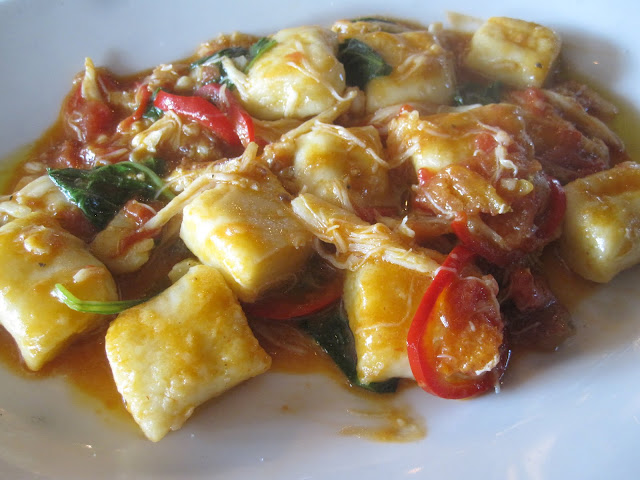 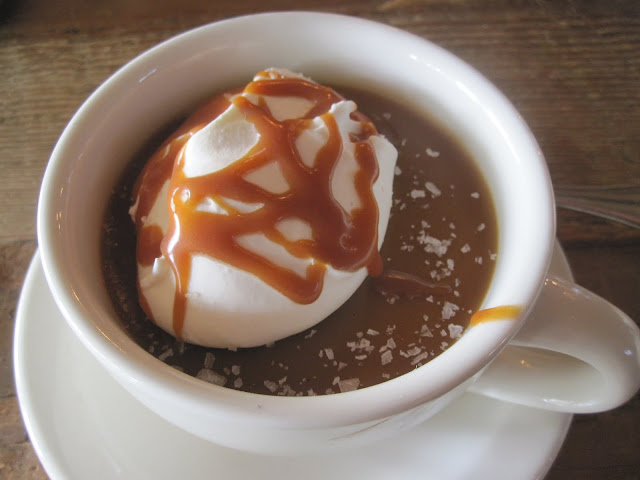 The snap peas were good, though a tad bit on the saltier side. The gnocchi were amazing - soft and fluffy, like eating pillows. Melty pillows. But for the price ($20), I wish the portion were a bit larger. There was plenty of chunks of crab in the dish and those were delicious, but I think even five more pieces of gnocchi would have really made the dish worth it. I mean, they're just potatoes. I'm counting ten pieces in the picture, and I think that was all the pieces in the dish.

And finally, my favorite part - just look at how beautiful that pot de crème is. No, go admire it some more - I want you to. Lookit those large delicious flakes of sea salt that compliment the buttery rich smoothness of the pot de crème, and that generous dollop of whipped cream. I think it's my absolute favorite dessert right now. I literally have to stop myself at the halfway mark because if I don't, I'll eat the entire thing and order another one to take to-go. If I stop halfway, then I can take half home and still be able to eat some the next day. But if you filled a kiddie pool with this stuff, I'd grab one of those plastic shovels we used to dig in the sand with as kids and totally go to town. And if you tried to stop me, I'd probably bite you ...
Posted by Eleana at 8:07 AM