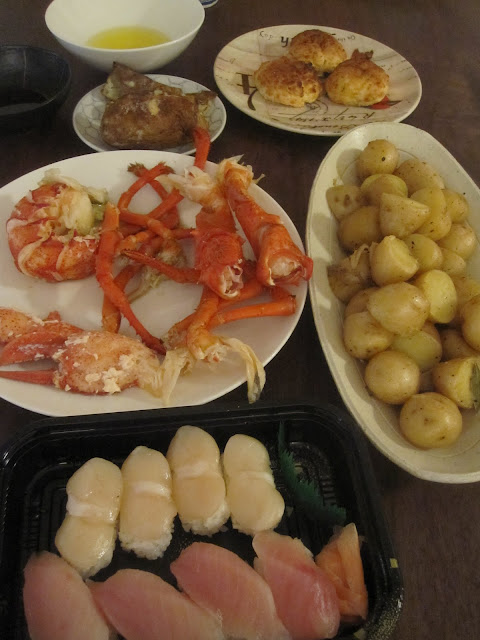 Only two more weeks and then The Walking Dead is over. Moving aside for Mad Men, which I am also excited about. Don't want to give anything away for this episode, but man, the going gets good! I'm glad T-Dog appeared in the episode as well because I hadn't seen him in so long that I thought he was dead. He was in a couple scenes but don't think he said anything. He must be so pissed as an actor. 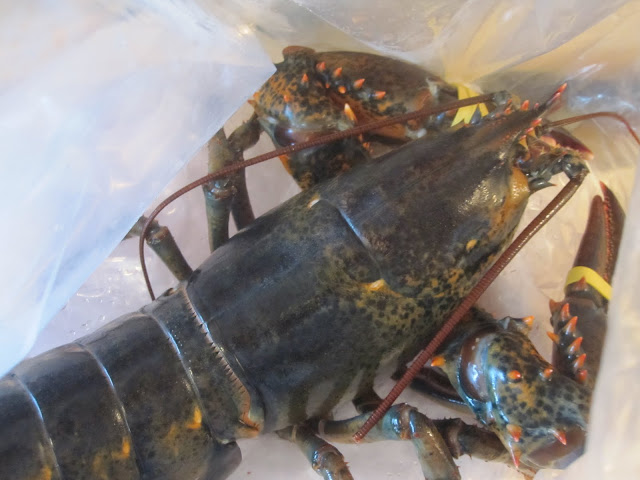 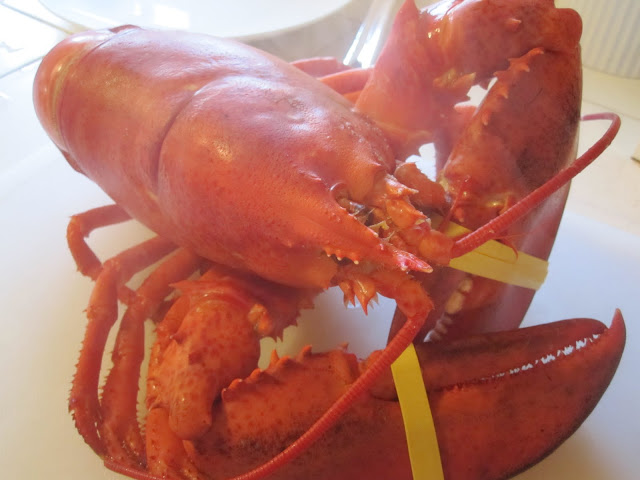 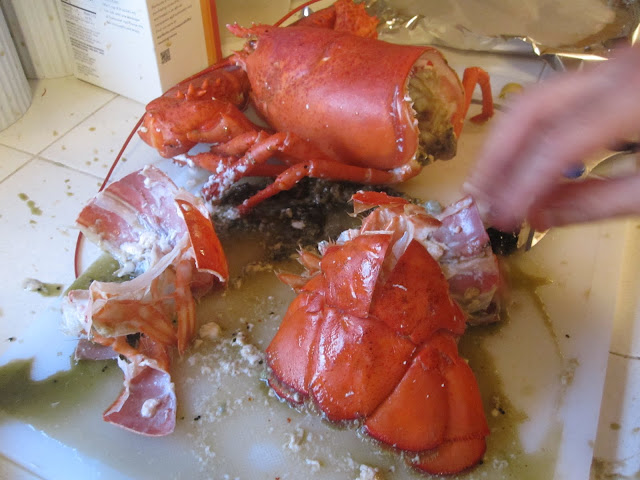 Look at that massacre. After reading that Ms The Roaming Belly (I never know whether to use people's real names) took part in Dungeness Friday on Twitter, I immediately responded and asked her where she got her crabs (haha). Asians specialize in cheap, live seafood - the cheaper and live-er it is, the better.

She directed me to Seafood Paradise Market close to the intersection of Rosemead and Garvey. BOOM. What a jackpot. The market is closing next week for some renovations (they will be closed for a week) so a lot of their items were cleaned out. Boyfriend and I grabbed a Maine lobster weighing in at 3 lbs ... for $7.99 per pound.

As it was delicately put, we ripped the head off the lobster while walkers were getting their heads ripped off on TV. It was amazing. We had a few leftover biscuits from dinner at Red Lobster on Friday (yea seriously) ... or Red Robstarr, as my mom pronounces it. Also, we stopped by Mitsuwa on the way home and picked up a few pieces of sushi in their refrigerated section. I braised some potatoes and we were good to go. Massacre never tasted so good. 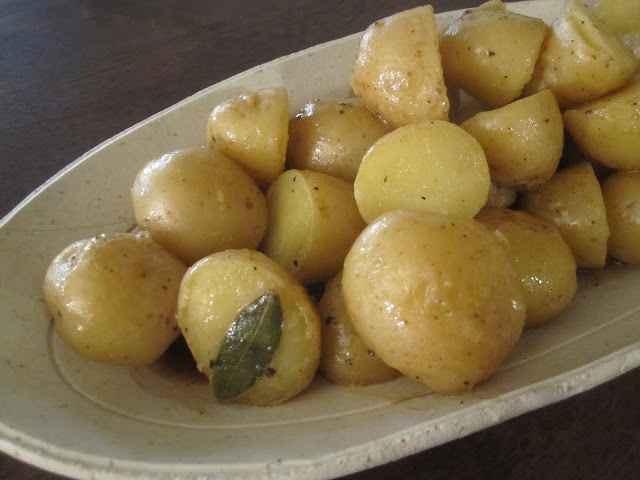 Braised Potatoes with Bay Leaves
from All About Braising: The Art of Uncomplicated Cooking

Scrub potatoes and cut them in half if they are larger than a golf ball. Test the skin by running your fingernail along it; if the skin does not break then use a vegetable peeler to peel away one strip all around each potato. Put the potatoes in a pan just large enough to fit them in a single layer. Turn heat on to medium.

Drizzle in olive oil and add enough water or broth to come halfway up the sides of the potatoes. Add the garlic and bay leaves. Season with some salt and pepper. Let everything come to a medium simmer, and then turn the heat to medium low, so it cooks at a gentle simmer. Cover with a tight fitting lid. If the lid has a tiny vent in it for steaming purposes, cover the pot with a sheet of aluminum foil before putting the lid on.

Braise for 20 minutes, turning potatoes over once halfway through. They're done when a fork goes into them easily; try not to overboil. Uncover and then crank the heat to high. Shake the pan and let the broth/water evaporate. Soon all the broth/water will evaporate and you will hear the oil crackling. Shaking the pan will break down the garlic and coat the potatoes in a cream, garlicky sauce. Serve hot.
Posted by Eleana at 2:18 PM