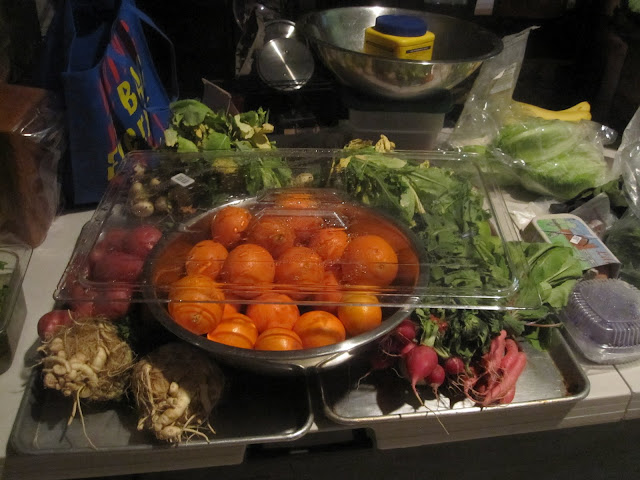 I think I may have a problem cause I seriously can't get enough of Wolvesden. Even after Meal One here (which estalished the basis for excitement) and Meal Two (which cemented the excitement, and verified that the first-time-excitement was not a fluke). Plus, Meal Two was when I was able to bring Boyfriend and involve him in my crazy giddyiness over a 10+ course meal.

This time, there were multiple photographers at the dinner (hello Wes!) and thus, I was more comfortable walking around and getting more pictures in. Feast your eyes on some behind the scenes footage! 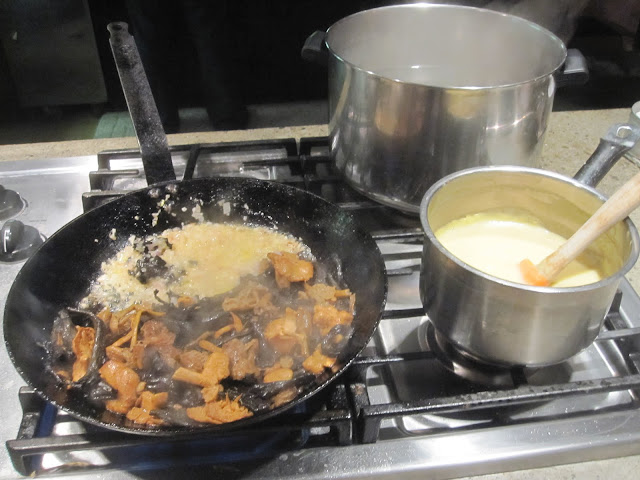 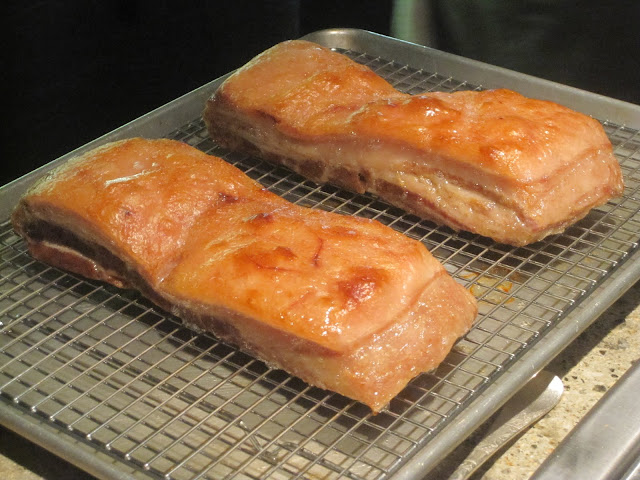 slabs of pork belly from the oven 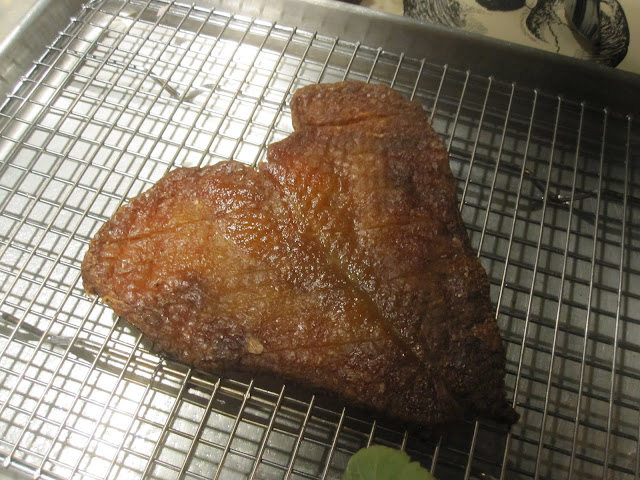 Craig is so good, he can even cook LOVE (never figured out what this was actually, or if we ate it) 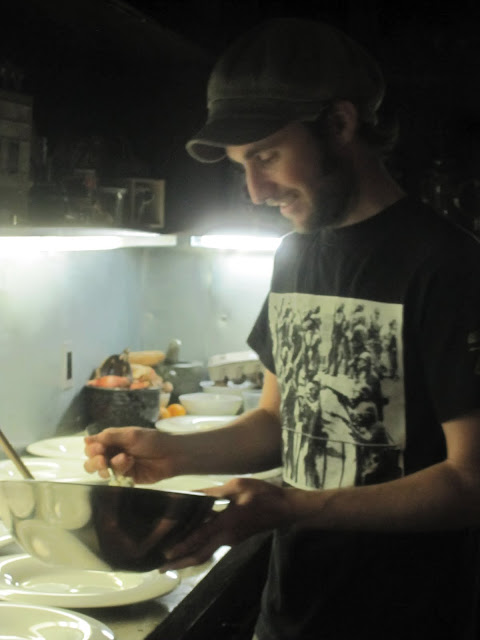 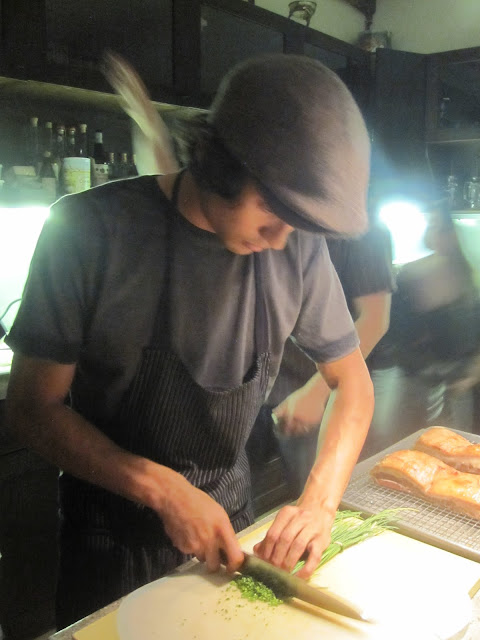 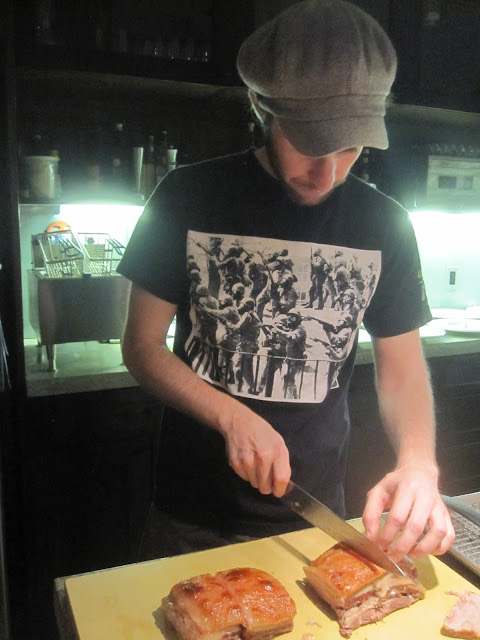 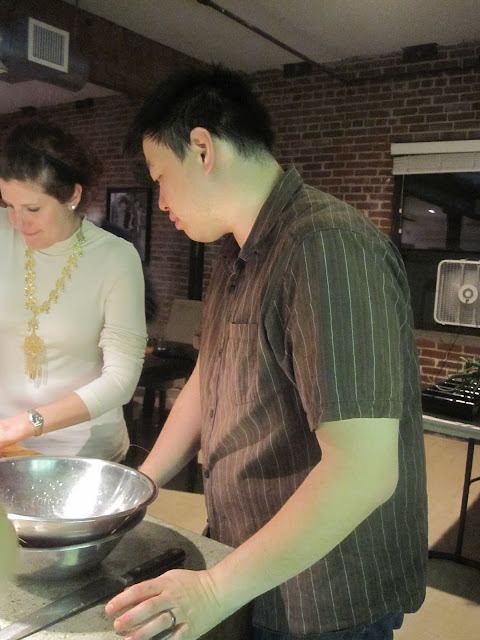 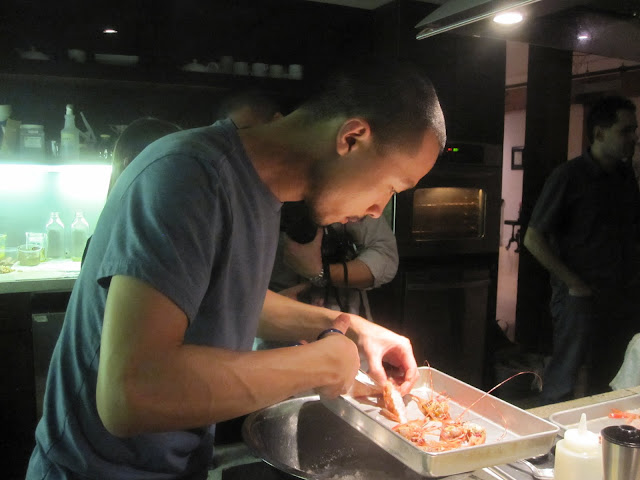 And now onto the first course! This time we had ten courses (as opposed to the eleven courses I had the previous times). Not to worry, I had already prepped for this throughout the day, drinking plenty of water and eating very little food. 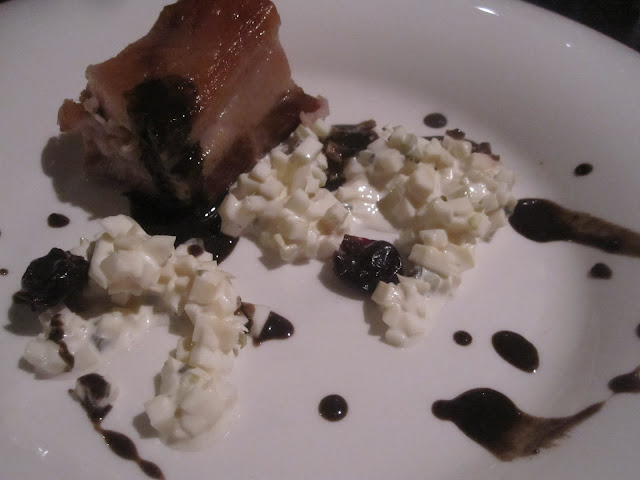 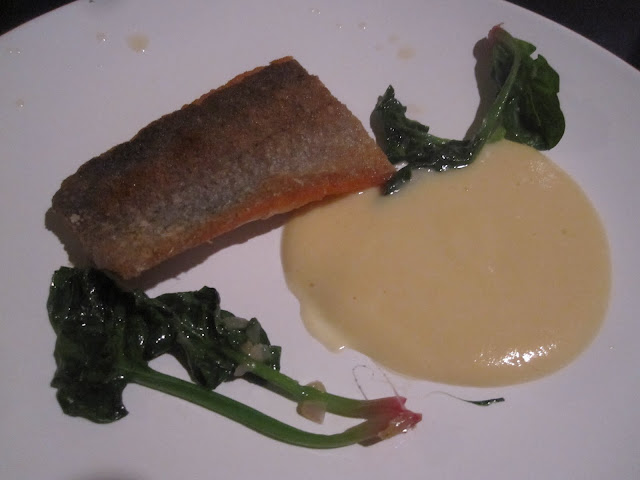 And then ... there was an interlude. Julian asked if anyone wanted to help break down the live spot prawns for the next course. There were eight of them to go around. And when I say live, I really mean LIVE. As in one of them jumped straight from the bowl onto the cutting board. Bad call, spot prawn. Bad call. 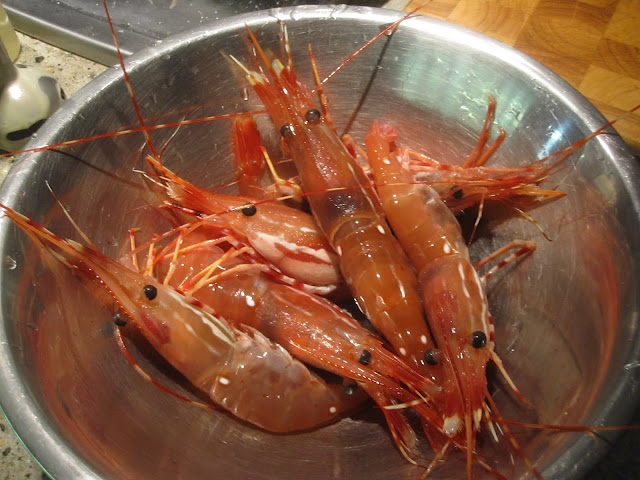 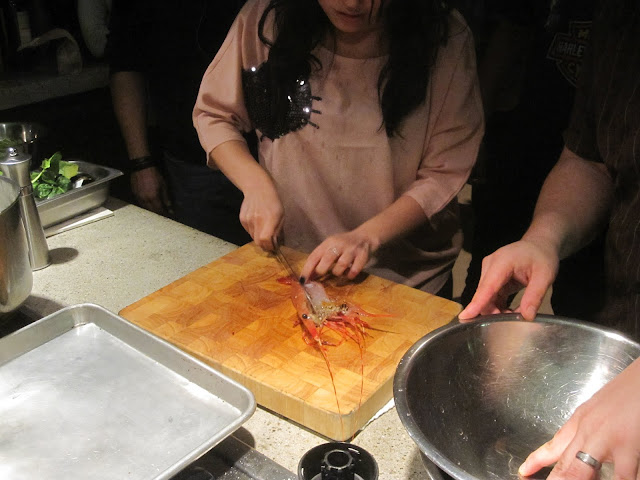 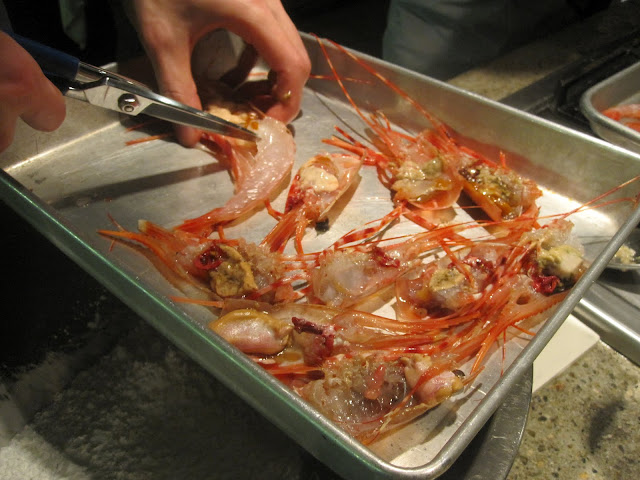 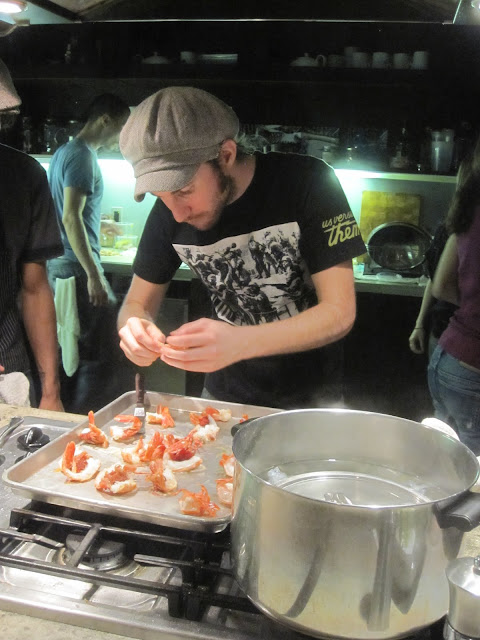 Oh man. I have never been more excited and it was a sexy good time. No one got all macho and prolonged any shrimpy deaths, and this is good food as fresh as you can get. I wanted to grab that entire plate of spot prawns and make me some sweet shrimp / amaebi sashimi. That whole tray would have been gone. 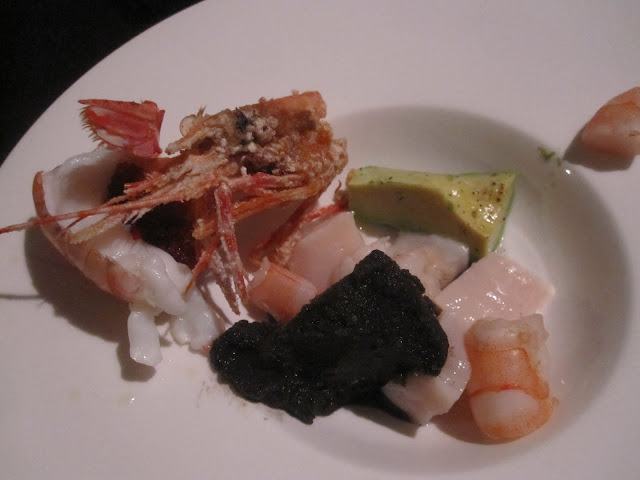 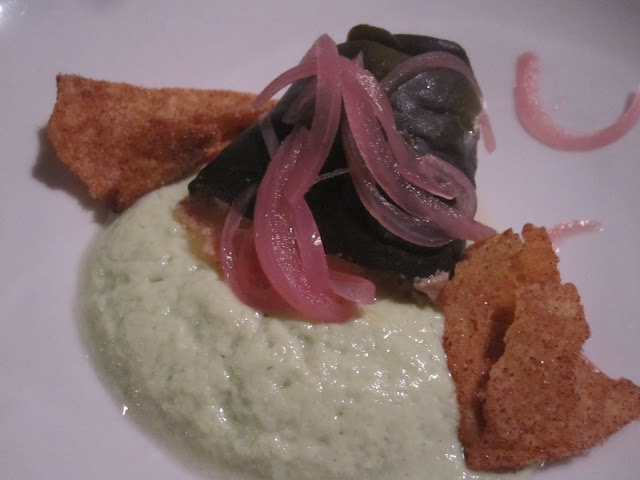 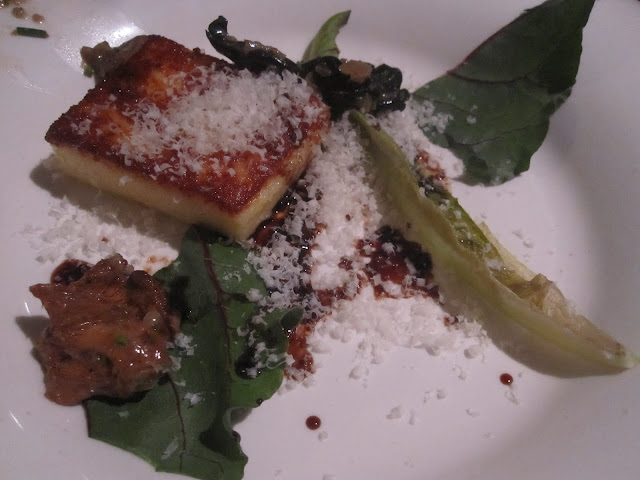 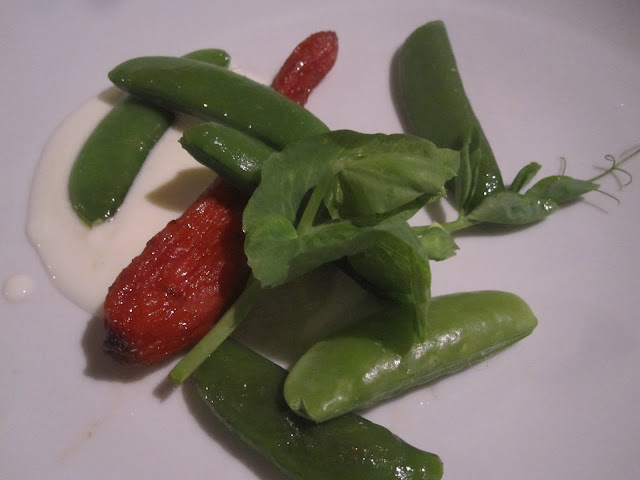 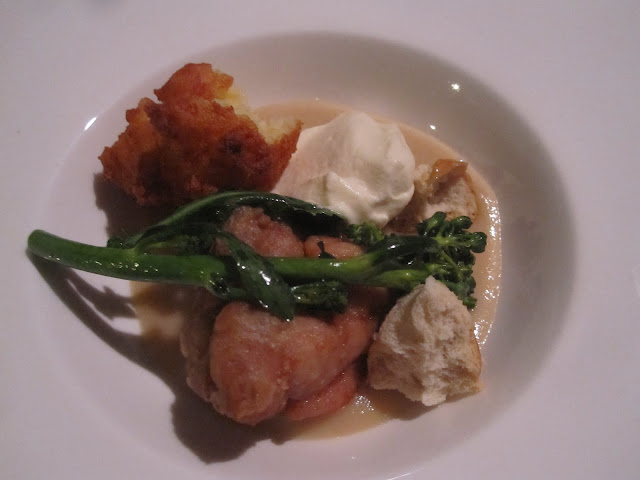 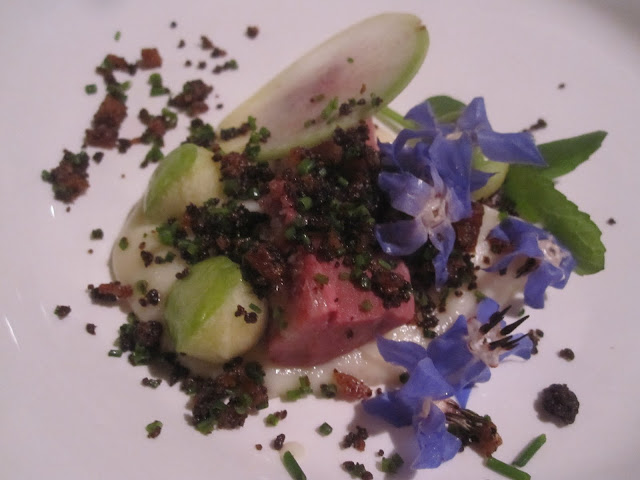 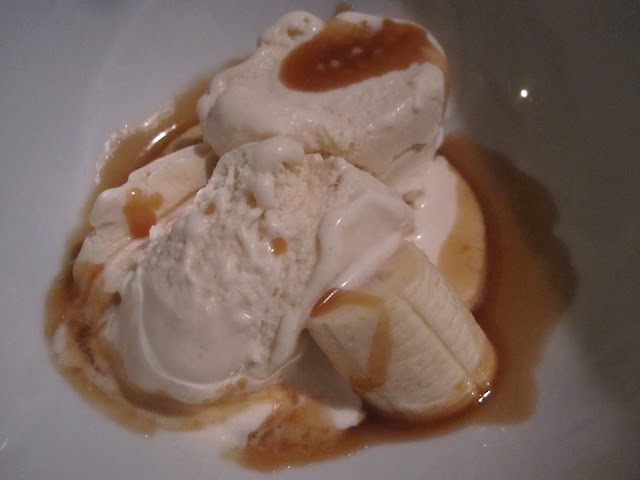 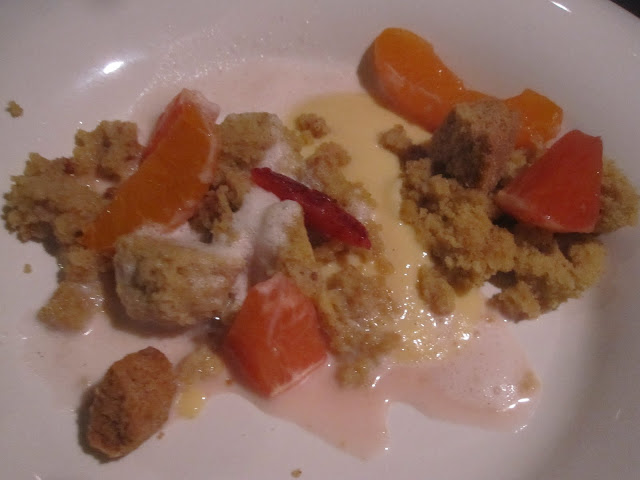 What a night. Craig's dishes and attention to detail is absolutely delicious and amazing - the carrot in the snap pea dish was cooked for SIX HOURS to bring out the most intense carrot-y flavors! And just one more tidbit that put everything over the edge - Jonathan Gold was in attendance, along with his wife Laurie! Jonathan is famous for his long-running column Counter Intelligence in the LA Weekly, though he just left that position to return to the LA Times. It was such an honor to be able to talk to the Pulitzer-prize winner and hear him speak about his fooding experiences. There are times I've eaten around the SGV or LudoBites and hoped to run into him, but never have. I admit, I geeked out quite a bit and was able to get a picture with him.

You just never know who you're going to run into at a Wolvesden dinner. The first time, I was able to meet a ton of other food bloggers and forage friendships with them. The second time, we ran into former world champion MMA fighter Josh Barnett and talked to him about comic books and old cartoons all night. But, suffice to say that everyone we've met through these dinners have been ultra-cool. Wonder who we will meet at the fourth time? Because there WILL be a fourth time ...
Posted by Eleana at 9:49 AM