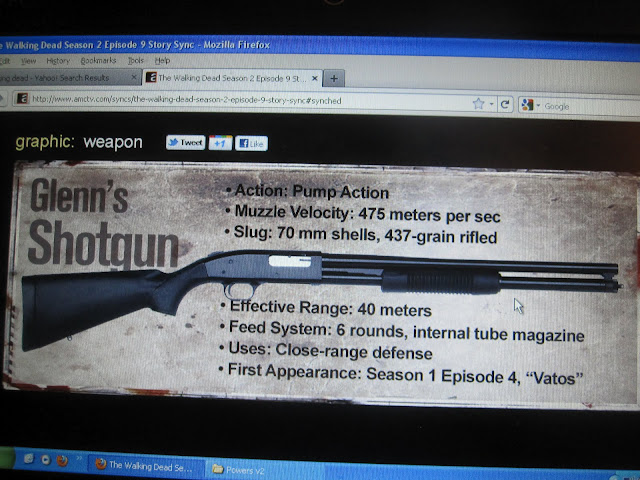 BOOM. The second episode after the midseason hiatus was a lot more exciting than the first. So many people/zombies got wasted and there was a good amount of gore. Totally sweet. Now Boyfriend and I are taking bets on who gets off-ed next. And you go, Dale - you Jeremy Lin of the zombie world.

Didn't have the time or the energy this weekend to make a huge meal, because I was sick. My nose is still scabby from being rubbed with tissues over and over and it hurts like hell. But when you have a runny nose or have to blow your nose and you don't, it's such an uncomfortable feeling that I just end up taking the pain. Now I'm scabby. It's super unattractive.

The basis of this recipe is courtesy of the lovely Amy, from The Roaming Belly. Lentil soup is something else that I never liked before, but after getting it at Corner Bakery a few times on the account of its low calorie count when I was dieting, it really grew on me. Now I can't get enough of it! However, I still dislike the other healthy grains such as bulgar, farro, quinoa, barley, etc ... ick. 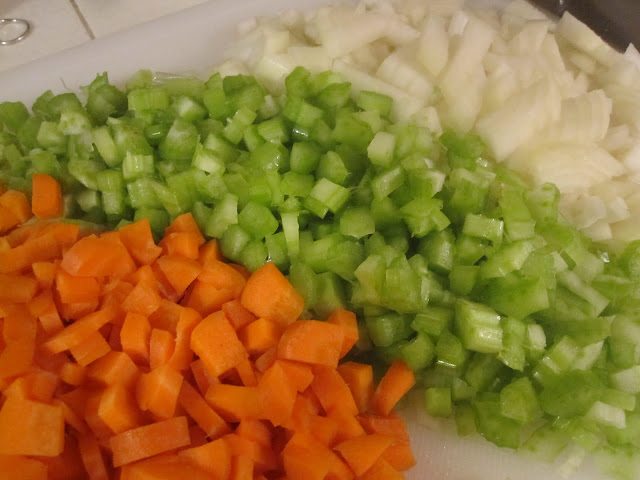 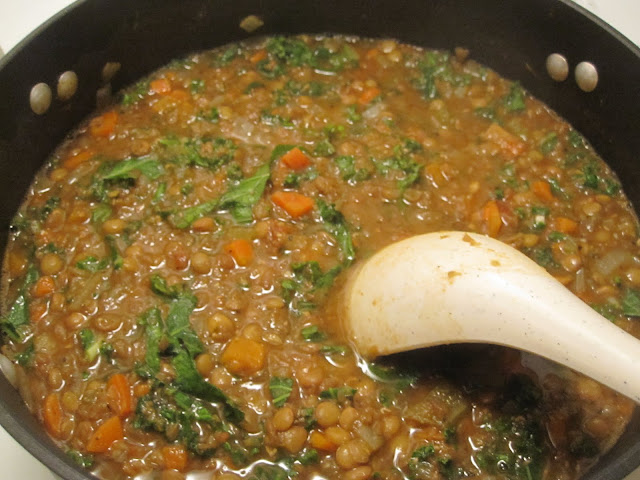 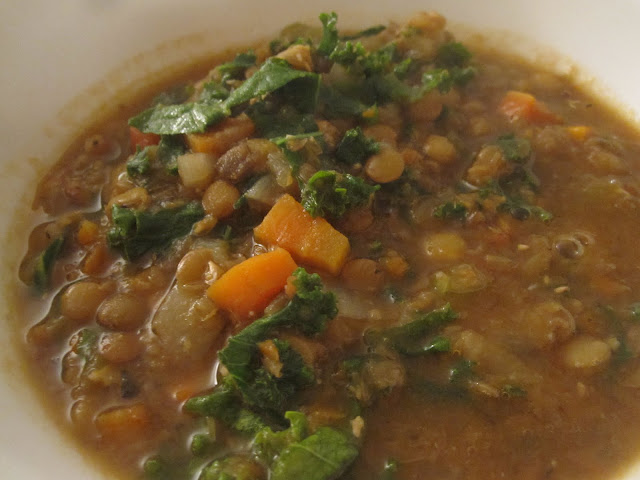 In a large soup pot, heat oil over medium heat. Add onions, carrots, and celery; cook and stir until onion is tender. Stir in garlic, bay leaf, oregano, and basil; cook for 2 minutes.

Stir in lentils, broth, water and tomatoes. Bring to a boil. Reduce heat, and simmer for at least 1 hour. Using an immersion blender, puree about half the soup into a brothy/chunky consistency (which took me about 15 seconds of puree-ing). Alternately, you can puree half the batch in a blender and then pour it back into the pot.

When ready to serve stir in spinach or kale, and cook until wilted. Stir in vinegar, and season to taste with salt and pepper. Add more vinegar if desired. 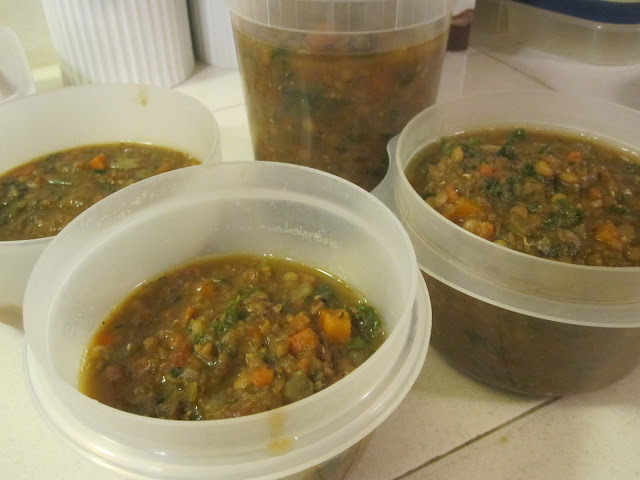 Amy simmers her soup for at least 75 minutes, but I only did mine for about 45 before the lentils were tender enough for my tastes. Damn electric stove and your unstable heat source. Also, she doesn't puree the soup so feel free to just leave it unprocessed. The recipe originally calls for 1/2 a cup of spinach but I up the ante a lot with the kale, since the leaves wilt down so much. Scale back if you so desire.

Enjoy the healthiness! Plus you can either freeze the leftovers or have it for lunch the rest of the week - it's very filling.
Posted by Eleana at 1:54 PM