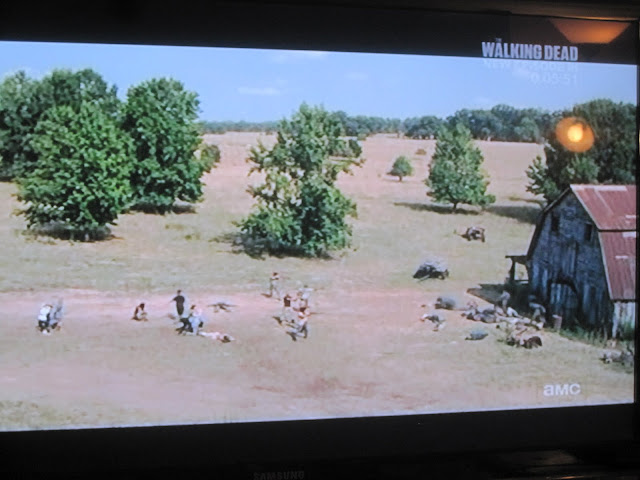 "The time has come," the Walrus said, "To talk of many things: Of shoes, and ships, and sealing-wax, Of cabbages, and kings" ... and the time has come for us to talk about The Walking Dead. Oh, and I'm not super well versed on the works of Lewis Carroll either; I mainly know this Walrus & the Carpenter quote from watching Alice in Wonderland. Cartoons and TV shows taught me many things, actually. Like The Animaniacs taught me E=MC2 ... or "acme" spelled backwards. Kids these days don't get taught anything in their cartoons!

Anyhow, if you had all of Sunday to devote to your television, they showed the entire previous season of the show. The first seven episodes, to be exact, all gearing up to the midseason premiere. The premiere actually shattered cable records and was watched by 10.1 million viewers, which is outstanding for cable ratings.

Since I wanted to make something good and hearty for the first episode, I browsed around for some ragu bolognese recipes, online and through my cookbooks, finally settling on Mario Batali. In all honesty, I think the guy is kind of a pompous know-it-all-show-off but there is no denying that his recipes are great and well put together. 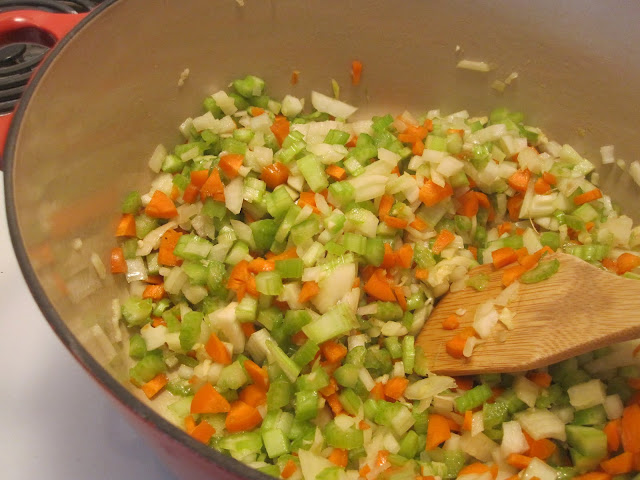 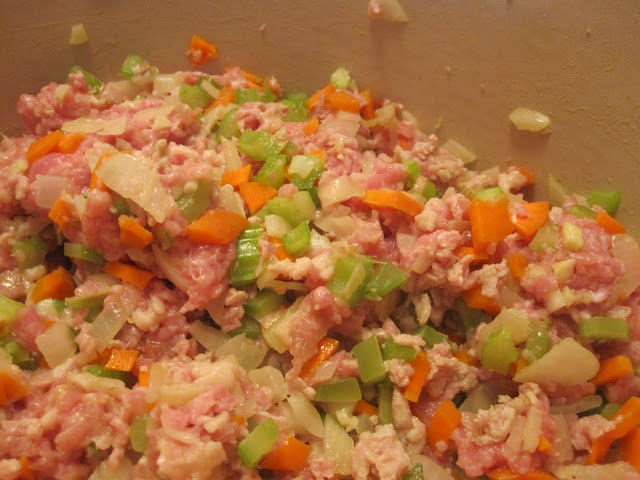 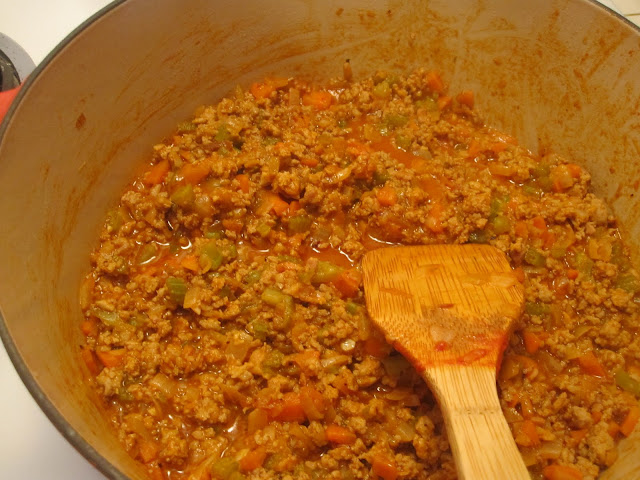 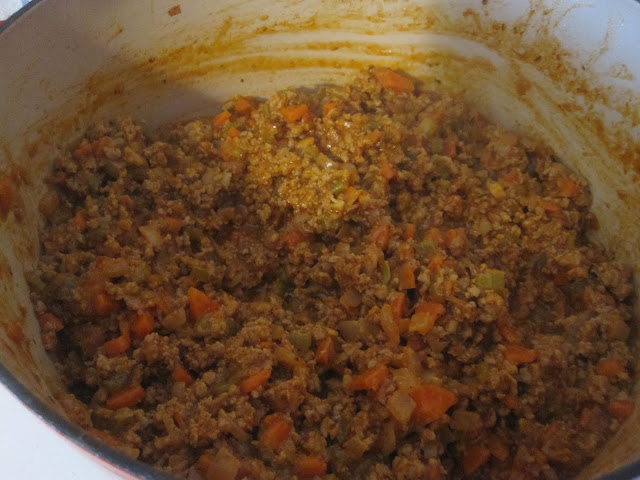 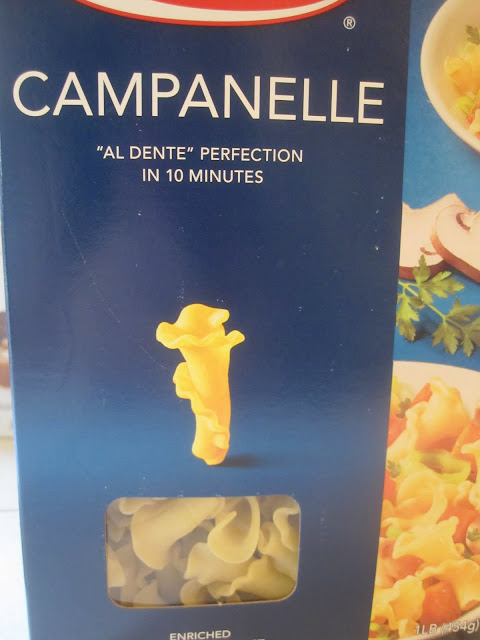 I'm a huge fan of certain shapes of pasta, and when I saw this one at the market, I couldn't pass it up. Look how cute and unique it looks! The ragu probably would have been great with papardelle as well, but papardelle tastes best homemade and I haven't had the opportunity to get the pasta rolling attachment for my KitchenAid stand mixer yet. The ragu was good and hearty, without too much fat. It was also simple to make; I thought I was going to be cooking for a long time but it required only a couple of hours and the occasional stir of the pot. But I did bust out my Le Creuset! Look at the sauce simmering in it - doesn't it look beautiful? I love my Le Creuset so much. It's like the KitchenAid ... everything made in them turn out magically delicious. 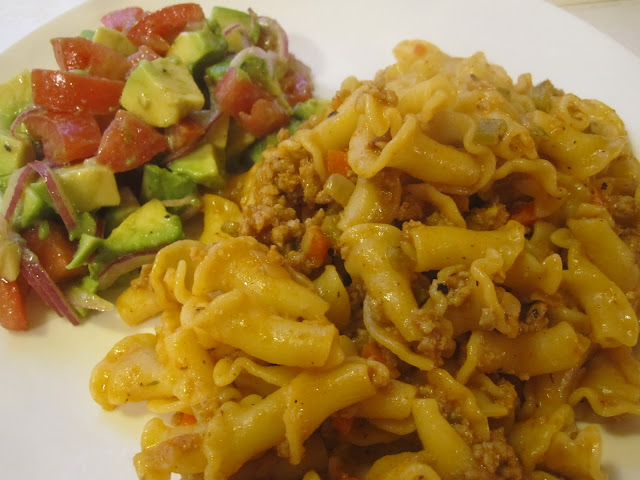 Served the pasta up with a quick salad of avocado, tomato, red onion, olive oil, red wine vinegar, salt and pepper. We settled down to watch the mid season premiere, totally excited. AMC has also come up with a story sync website that you can go to and get flashback photos and take polls of during the show, which is pretty cool. You get the answer questions like this: 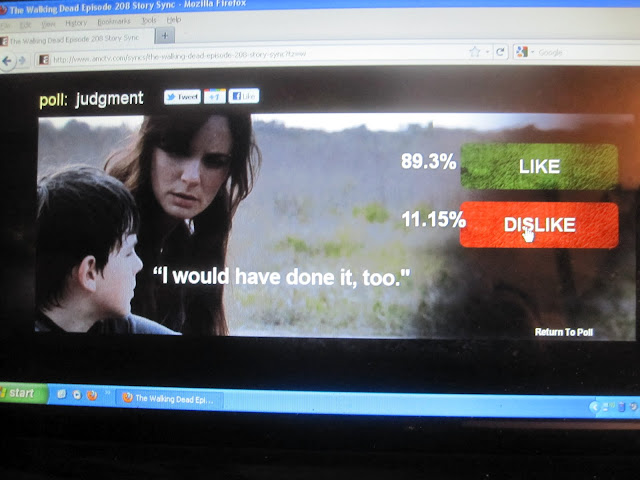 I hope that didn't give anything away. I was totally afraid that I'd spoil something for people who haven't seen it yet but as Boyfriend says, it's been TWO MONTHS since the midseason finale. Surely they have caught up since then!

Preheat a large, heavy-bottomed pot over medium heat. Once hot, add the oil, garlic and vegetables (also known as mirepoix) and let cook until translucent, but not browned, about 5 minutes or so.

Gather the veal and pork. Very finely chop the pancetta/bacon or cut it into quarters and then pulse it in a food processor until ground. Once the vegetables are translucent, add all of the meat and increase the heat to high. Let the meat brown, stirring frequently, for about 15 minutes.

While the meat cooks, gather white wine, milk, tomato paste and thyme. Once the meat has browned nicely, add the tomato paste and stir to combine. Then add the white wine (I used vermouth), milk and fresh thyme (I used dried). Stir again, scraping the bottom if needed. Let everything come just to a boil, then reduce the heat to low and let simmer for 1 to 1 1/2 hours. As the ragu cooks, remember to stir it occasionally, to prevent it from sticking or scorching.

The ragu should be cooked until almost all of the liquid has evaporated, however, it should still be moist. Once it is done, season with salt and pepper to taste. Remove from the heat and let cool. Use about 3 cups sauce to every 1/2 pound of pasta.
Posted by Eleana at 10:01 AM