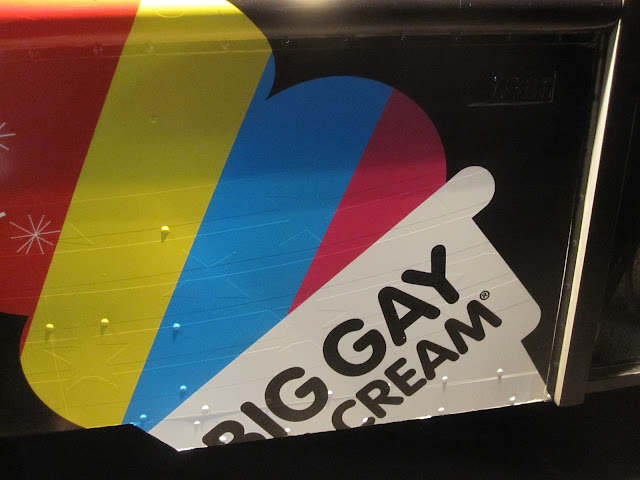 I've heard a lot about the Big Gay Ice Cream truck, which is based out of New York and therefore very very far away for me to make a quick run to ... BUT then I found out that the truck was doing a pop-up week in Los Angeles! Even though I had to travel an hour and a half on a Friday night to get to Fairfax, it was worth every minute of the traffic time. 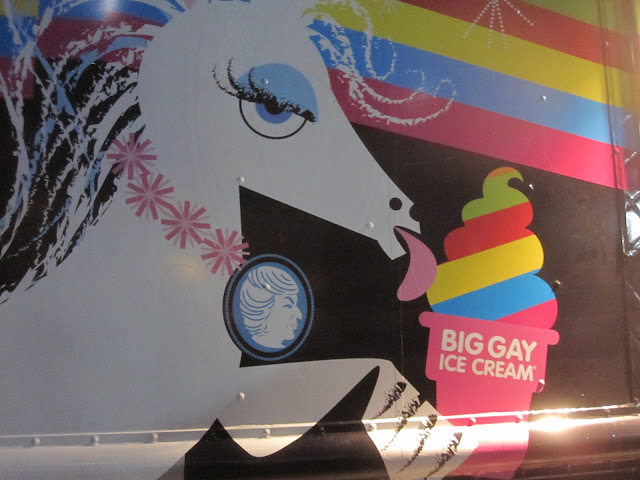 We got there only a few minutes after they opened and it was good that we did ... after we had finished ordering, there were about twenty people in line behind us. We also managed to chat with the owners a bit and advise them to visit Fossilman's in Alhambra. 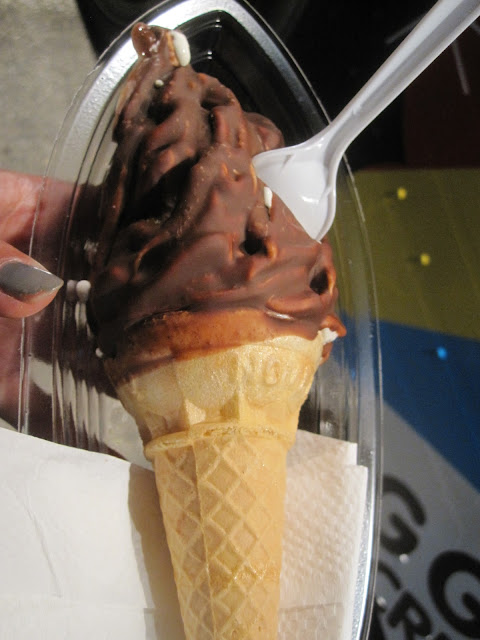 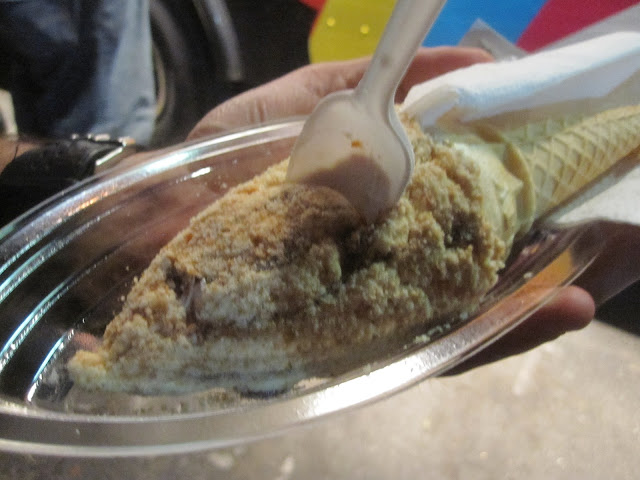 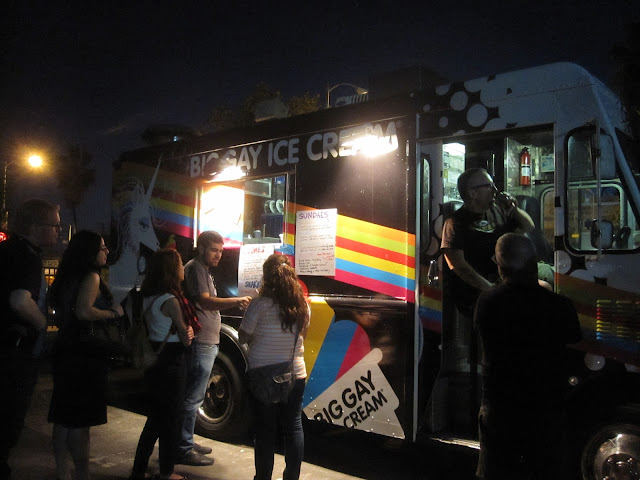 I wish the truck were here all the time, because then I'd eat it all the time. Next time I'd ask for more sea salt on the salty pimp; I really like salt. Also, I love how they fill the entire cone with ice cream so I didn't have to eat an empty cone at the end. Genius.

Afterwards, we walked down the street to Canter's Deli for a quick bite. I had wanted to go to Animal but Boyfriend wasn't feeling well and didn't want to super rich food there. We ended up ordering a bunch of different items ... actually, really random items. 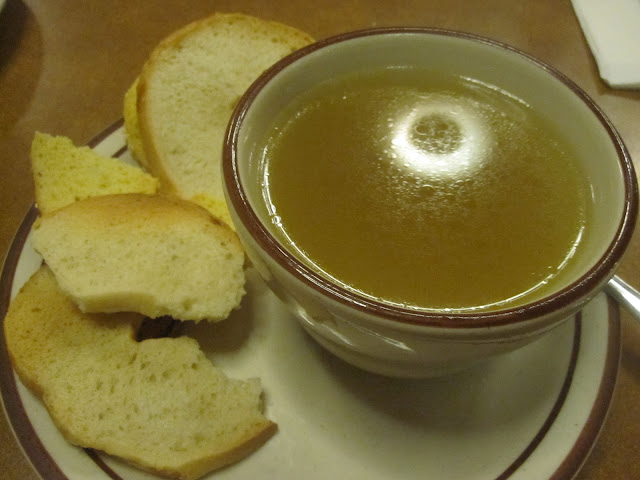 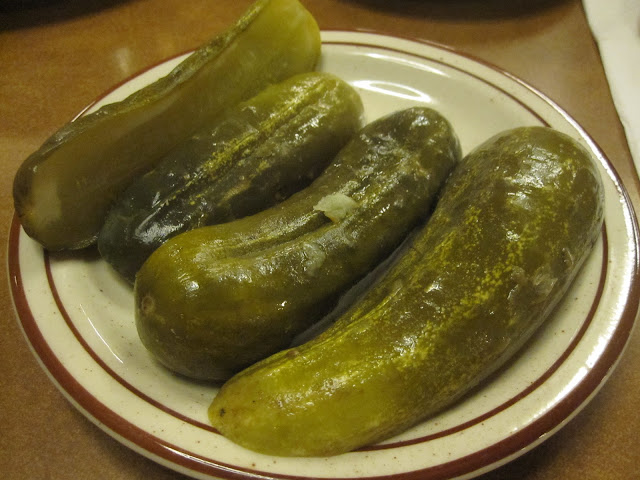 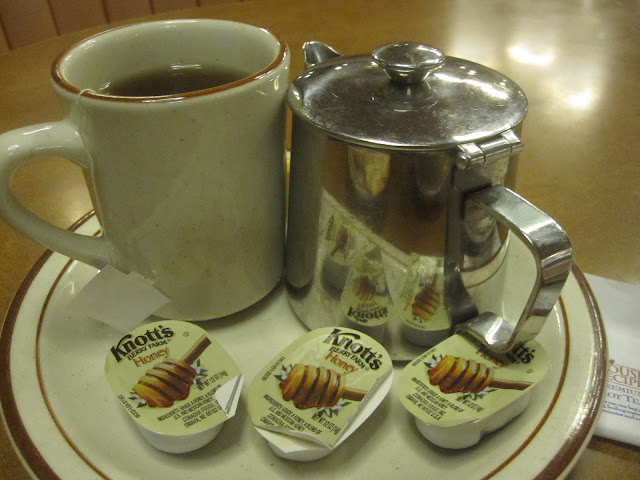 hot tea with a ton of honey 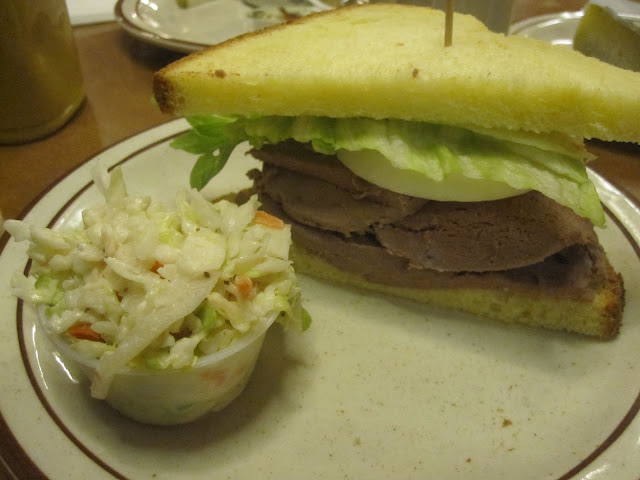 liverwurst on rye with side of coleslaw 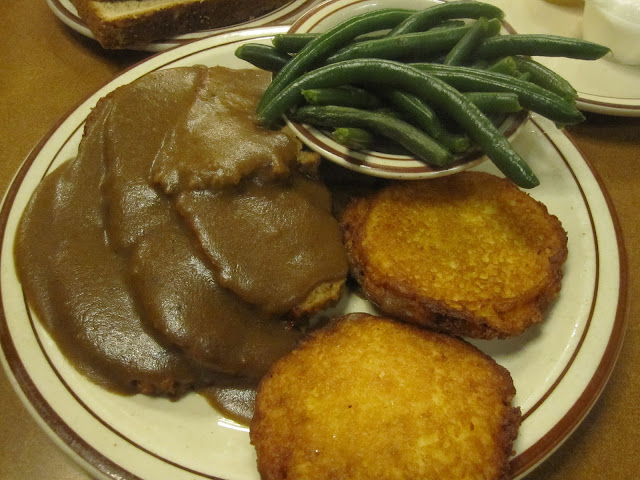 You know, I never had meatloaf until I went to college ... I was in the Pippen dining hall of Middle Earth (seriously) with my friend Judith and I asked her what she was eating. I was thus introduced to both meatloaf and yellow squash. Meatloaf is magical! I seriously don't know why people make fun of it in books; I had only known of meatloaf's existence up to that point from books. Random tangent, but all you people out there need to appreciate the loaf!
Posted by Eleana at 8:16 PM