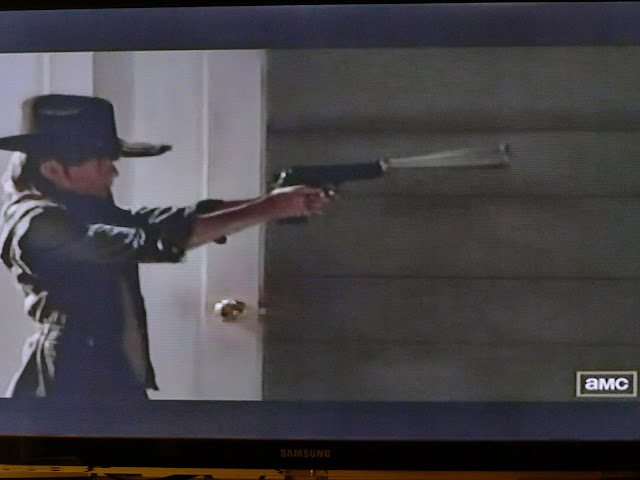 THE WALKING DEAD IS BACK!! After a bleak summer without any zombie killings, Boyfriend and I were super excited that the new season was starting. Lookit Carl in the screenshot above, shooting his gun like a seasoned professional veteran, even though he's only eight years old. Anyone else notice how every single shot or arrow fired by the group were all dead-center-head-shots? What kind of crazy Ricktatorship action did Rick employ to whip them all into shape, I wonder. 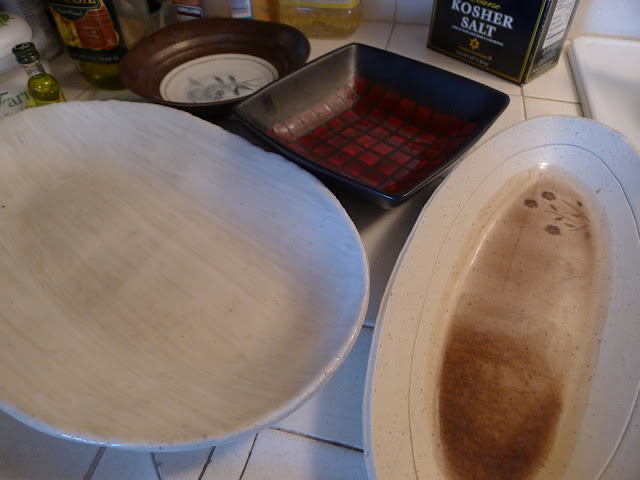 plates waiting to be filled

This week, for the inaugural dinner, I went with roasting a chicken. Doing something like that seems to only work on the weekends, when you have time to sit around for a couple hours. Otherwise during the week, the only roast chicken I'm eating are the already prepared ones from Ralphs/Albertsons/Costco. 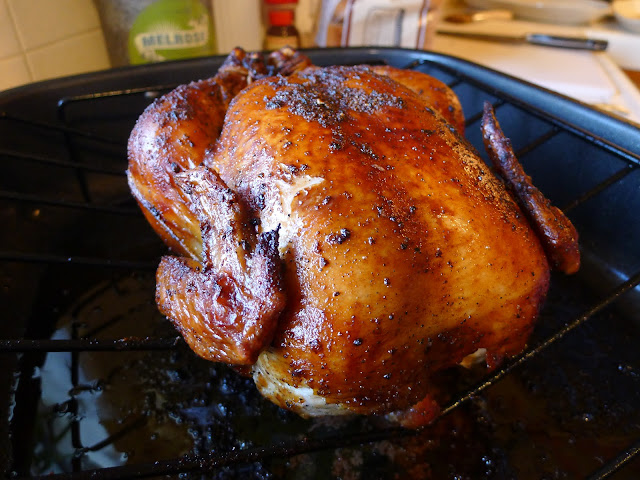 I went through some old emails from Vanessa and tried to find the recipe she had given me via Facebook about two years ago, when she roasted two chickens for Christmas Book Club (Hi Vanessa! Remember that?). Luckily, I was able to find it pretty quickly after searching "chicken Vanessa" in my email account. Although I still think hers was better, the chicken was pronouced to be the best I ever made by Boyfriend. 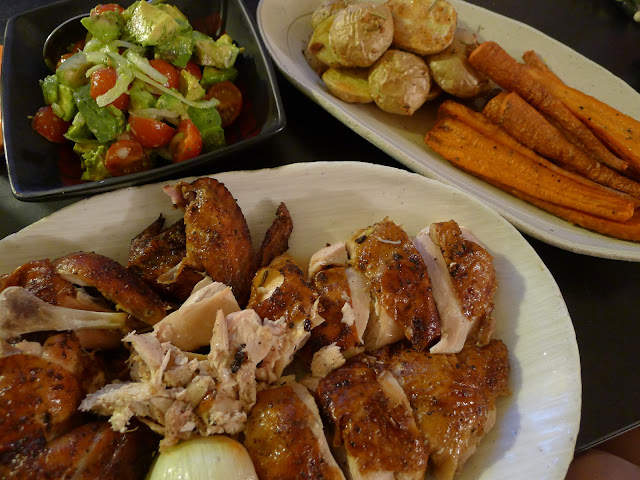 Served it all nicely cut up with garlic rosemary potatoes, cumin scented roast carrots and a tomato/avocado salad. Along with a couple slices of cake for dessert - cookies'n'cream cake and a strawberry shortcake cake. Yumz.

Then the axe scene happened and it was the first time in The Walking Dead watching history that I totally regretted making any sort of food. 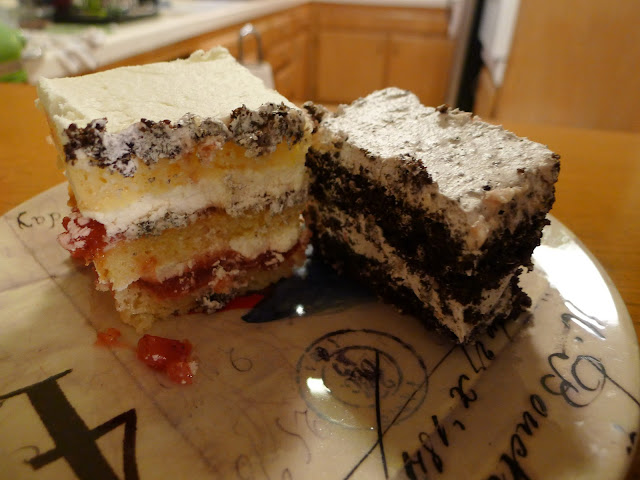 Combine all brine ingredients, stirring until salt and sugar dissolve. Allow to cool to room temperature. Put in chicken and brine for at least 4 hours or overnight. This recipe makes a lot of brine so feel free to put in other chicken pieces as well, or pork chops.

When ready to cook chicken, rinse the brine off, pat dry with paper towels and allow it to come to room temperature (about 30-45 minutes). Preheat oven to 375degrees.

Bake on a rack in the oven for about 2 hours, if you have a six pound chicken. Roughly estimate to do about 20 minutes per pound, plus a bonus 20 minutes. Baste the chicken every 20 minutes or so with the fat that accumulates at the bottom of the roasting pan, paying especial attention to the breast section.

Let chicken rest for 15 minutes before carving so the juices can redistribute.
Posted by Eleana at 10:53 AM

Email ThisBlogThis!Share to TwitterShare to FacebookShare to Pinterest
Labels: chicken, The Walking Dead