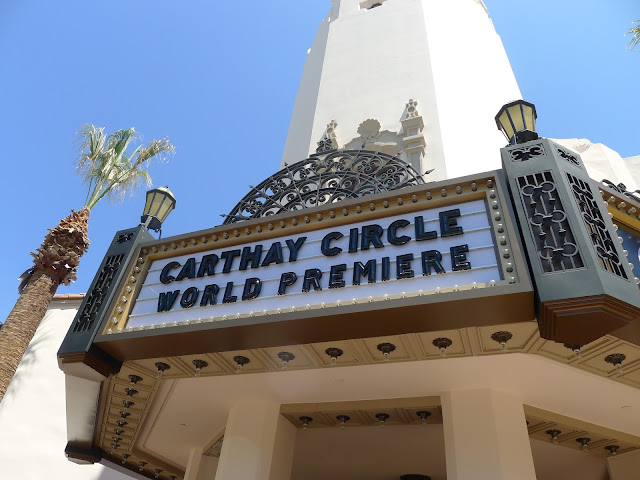 Hi everyone! I've been missing for awhile and haven't been as inspired to post, though I have a huge backlog of stuffs from the last six weeks. I think I've dusted myself off though ... and it's because Vanessa and I went to Carthay Circle at the Disney California Adventure yesterday. The restaurant opened on June 15th, along with Buena Vista Street and Cars Land (from the Pixar movie). Totally sweet. Everything was boarded up for awhile during construction but the grand reveal was last Friday. The entire park was even closed the day before so they could get everything ready. 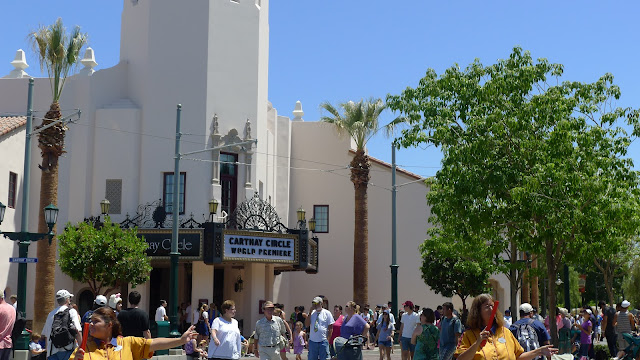 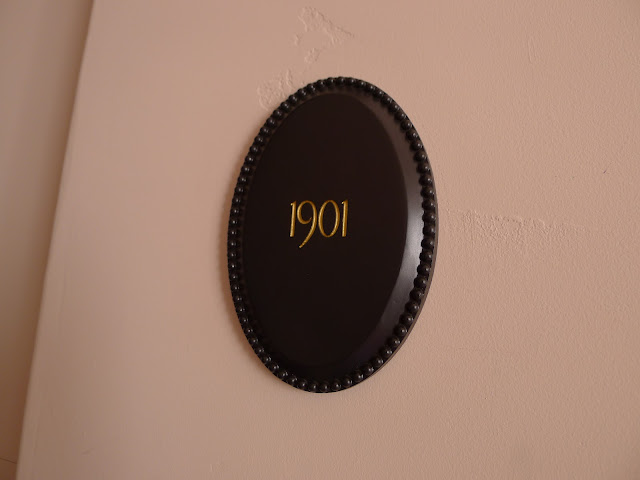 Though not as hidden as Club 33 (I swear, I looked for that entrance for years), Disney California Adventure now has their own version of an ultra-exclusive private club ... 1901. The entrance is right next to Carthay Circle, but has its own doorman guarding the door. We tried to talk our way into even a glimpse of the interior, but no such luck. Can someone find me a job that will allow me to be able to afford the $25,000 initiation fee and the $10,000 annual membership fees? Who am I kidding - there are people out there who can totally afford this and still cannot get a membership. 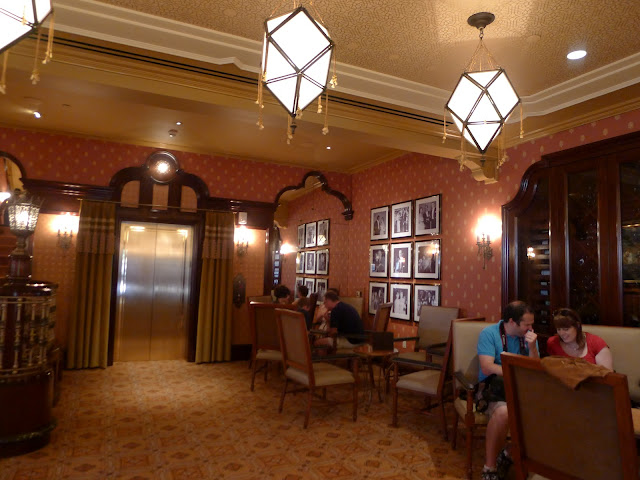 The interior is beautiful and awesomely air-conditioned. Yes, I know it was only 80 degrees yesterday - imagine how crowded this place will be in the summers! (Un)luckily, my annual pass blocks me out starting this week anyways. The downstairs is a lounge area, and the dining room us up a flight of stairs. Am I boring you with these descriptions, etc? Feel free to scroll down until you start seeing pictures of food, if you want. I won't be insulted. I know what you're here for. 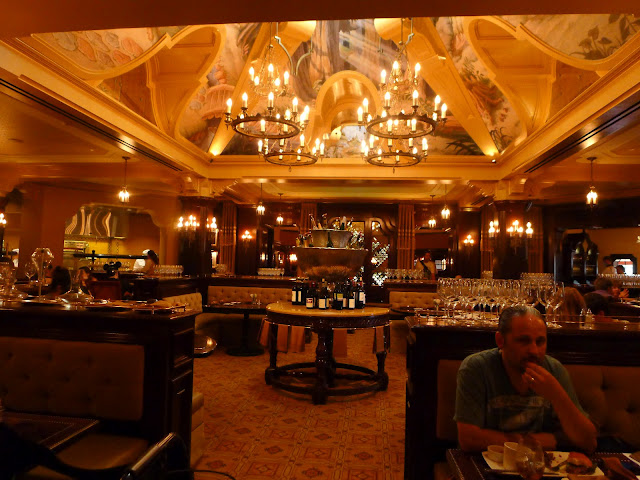 We were seated at a really nice table (esp since we had such a late lunch reservation). Service was very attentive and gracious. But then again, what do you expect of Disneyland? While we sat, we could occasionally hear sounds of a parade or performance but the restaurant was amazingly quiet and soundproof. You wouldn't even know you were in the middle of an amusement park. 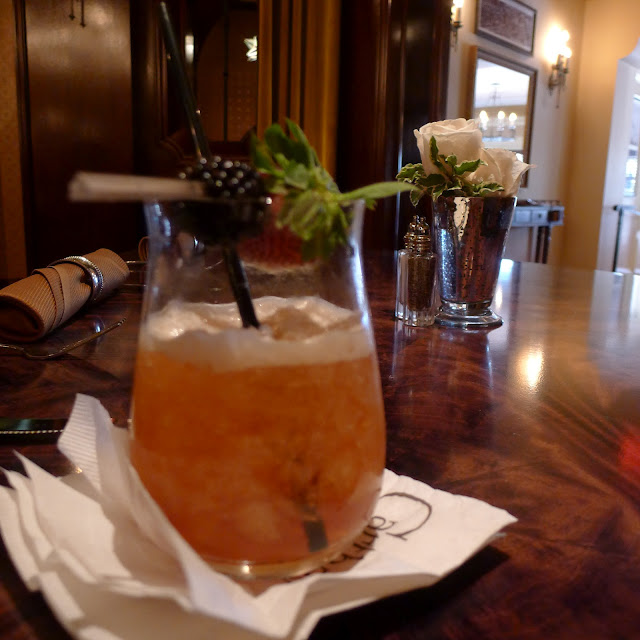 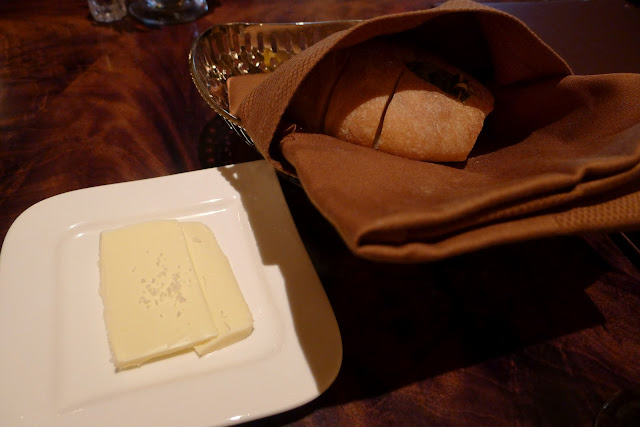 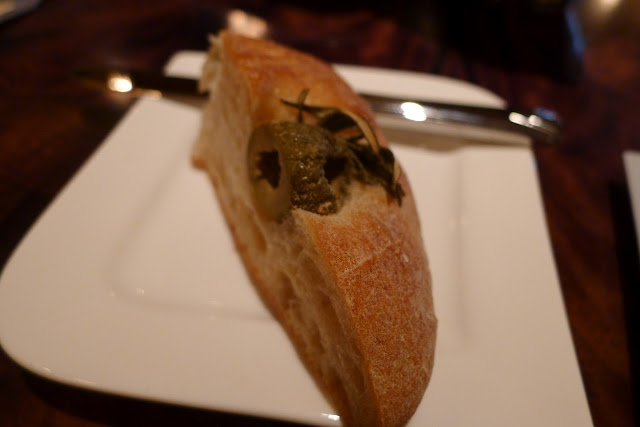 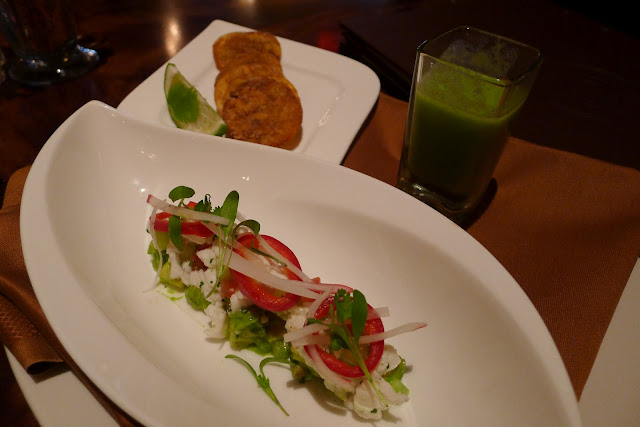 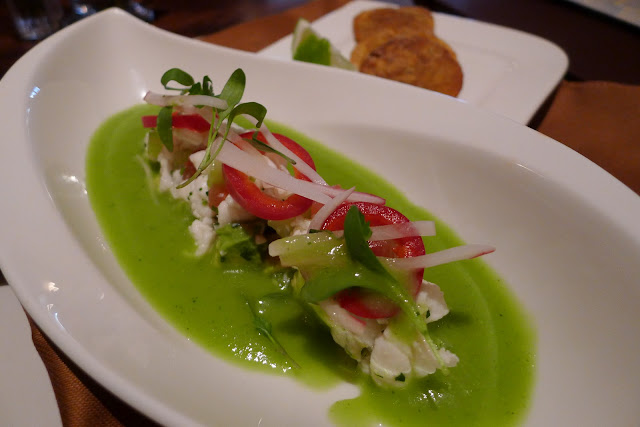 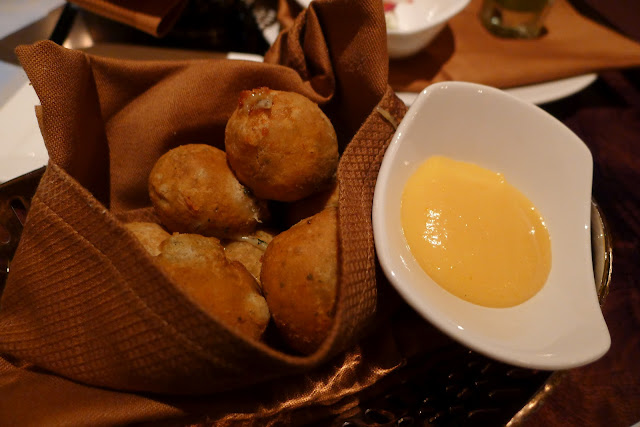 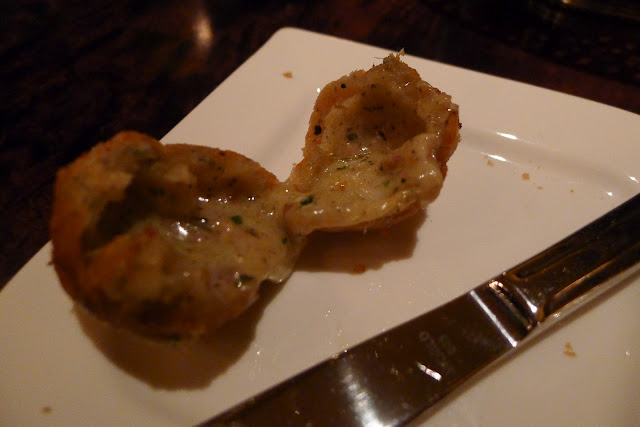 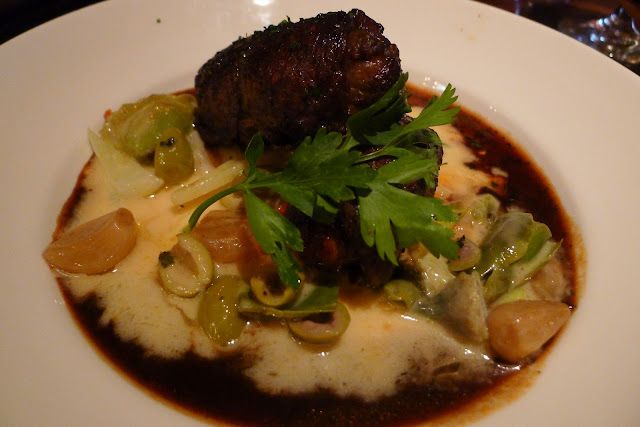 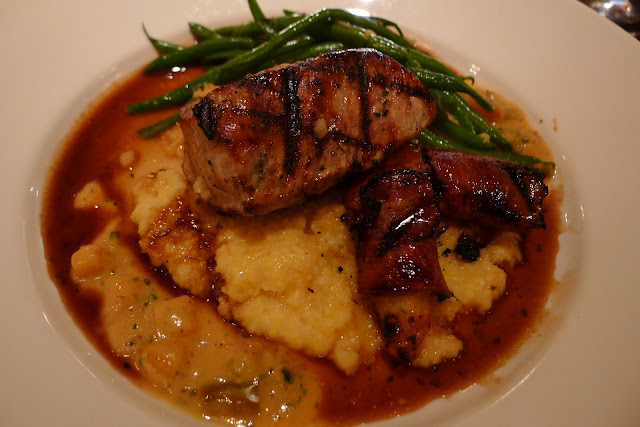 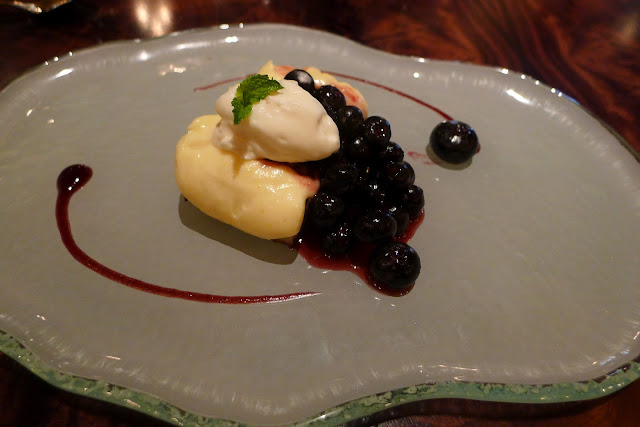 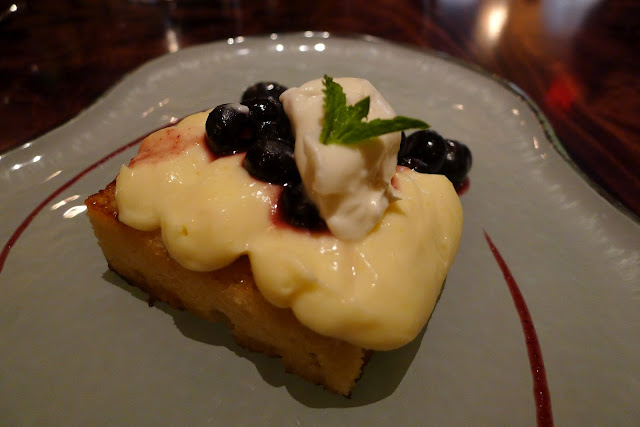 Our lunch lasted two and a half hours, and the time just flew by. The food was really good, though I think the strongest were the appetizers and the dessert. I felt like my veal was a bit overcooked ... and also not in medallion format? But the ceviche and lemon pound cake were lovely. Vanessa thought the house biscuits tasted like Hot Pockets ... but in a very good way. I'd definitely come back again.

Also, if you order either an appetizer and entree, or an entree and dessert, you get Reserved seating tickets to World of Color. Lunch gets you the first showing and dinner gets  you the second showing. I had never seen World of Color before this, so having front and center seating to watch the show was definitely awesome. Plus we checked out Cars Land as well! No actual riding the rides though because the wait times were pretty crazy, even for a Monday. 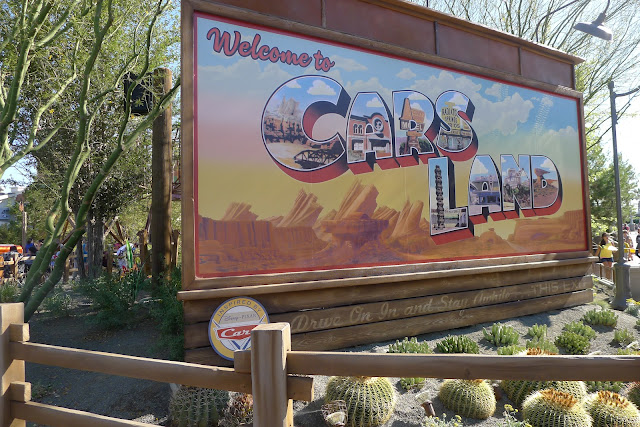 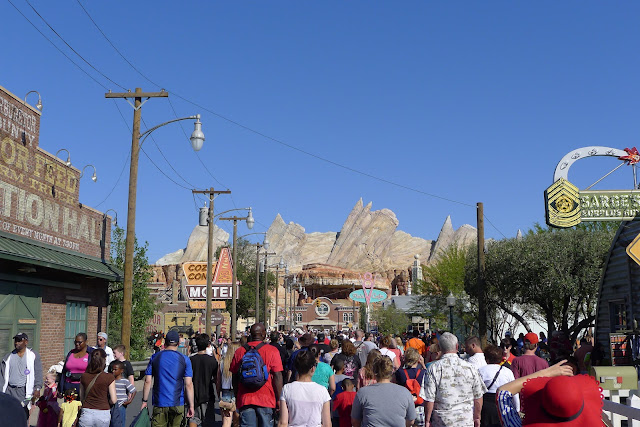 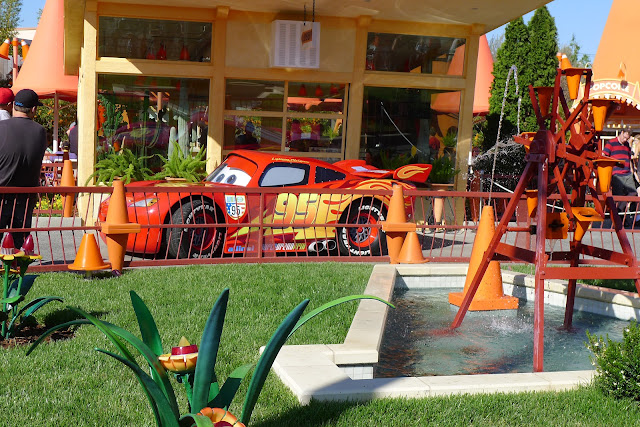 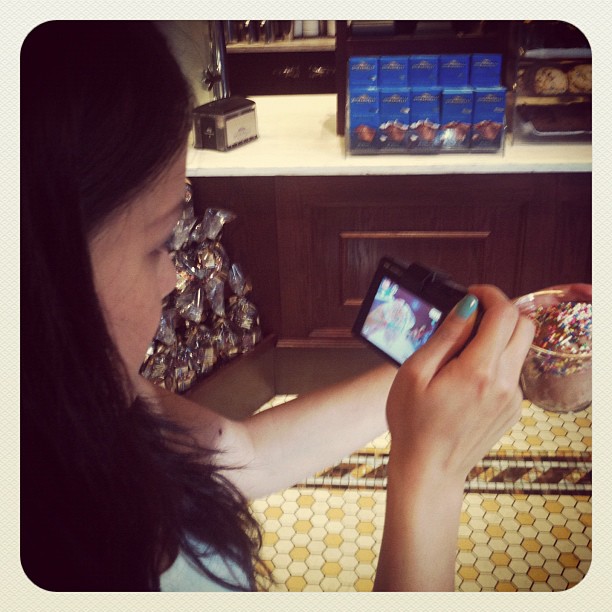