Shanghai No 1 Seafood Village Part I 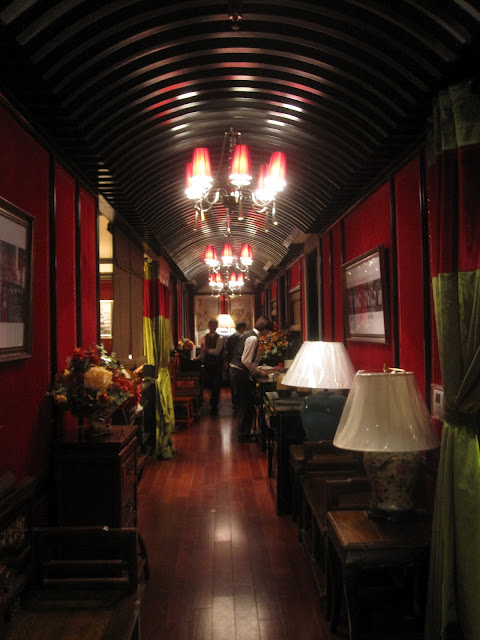 Shanghai No 1 Seafood Village is a relatively new restaurant that has opened in the plaza next to the 99 Ranch Focus Plaza complex. I think the space that is occupies used to be a movie theatre? Whatever it used to be, it has now been transformed into an elegant restaurant with fancy decor - so unlike most minimalist style Asian restaurants. And you definitely pay for that ambiance in the food prices! 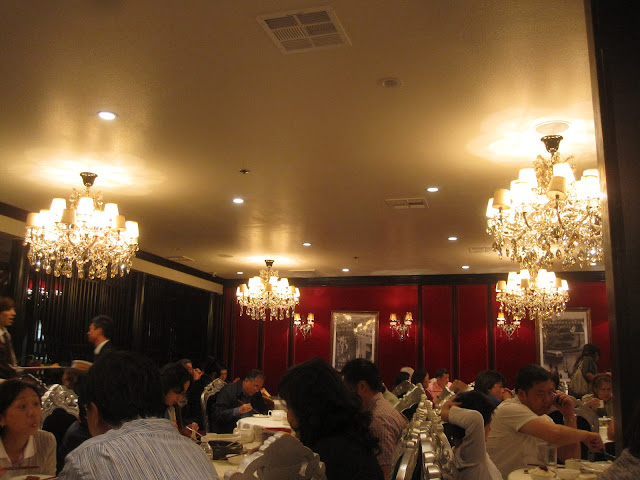 See, check that out. Chandeliers. The place's decore and plates are very reminescent of Sea Harbor, which also has expensive Chinese food. I will never do a post on Sea Harbor because I don't think I'll be ever going again, but I remember once we went and ordered lobster tail balls. The waiter took our order and then came back and told us the chef recommended that we order TWO lobsters because we had a party of eight and one lobster ball per person wouldn't be enough. My dad agreed, and as the waiter was leaving, he casually asked how much it was per lobster. The answer was $80 ... what?! I think our meal for 8 people came out to be over $1000. That's totally insane, especially in the Asian community. But I digress.

We had to wait 45 minutes for a table on a Saturday night at 8pm, but that was ok. The sad thing is that they ran out of the Shanghai pan fried buns ... after we had ordered them. But we got to eat the xiao long bao at least, so I'm happy about that. At least we tried one of the signature items. 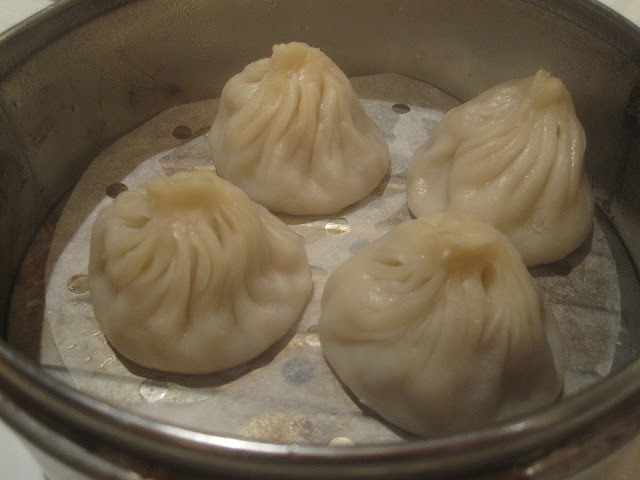 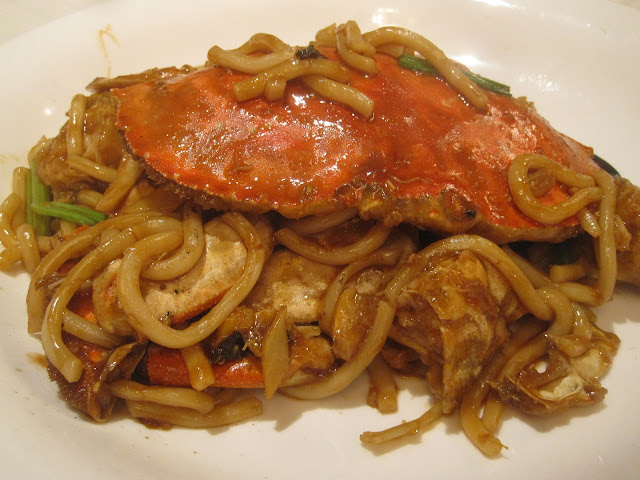 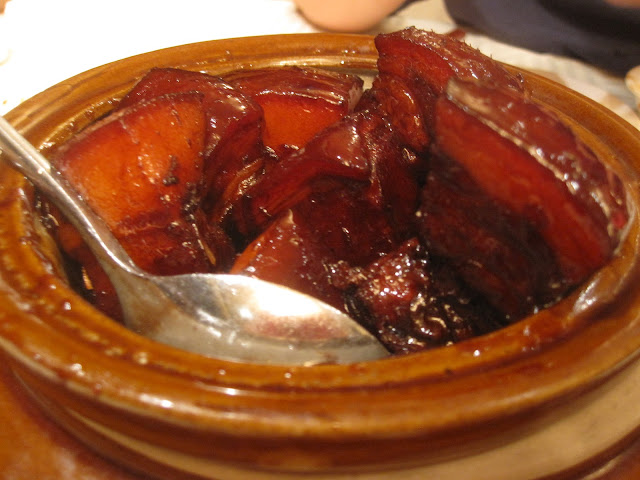 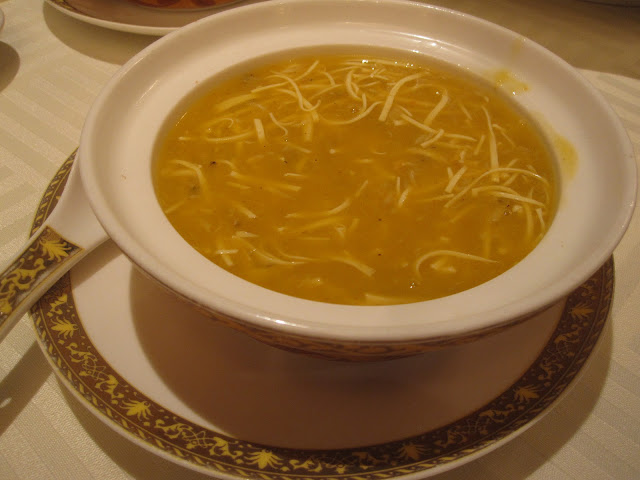 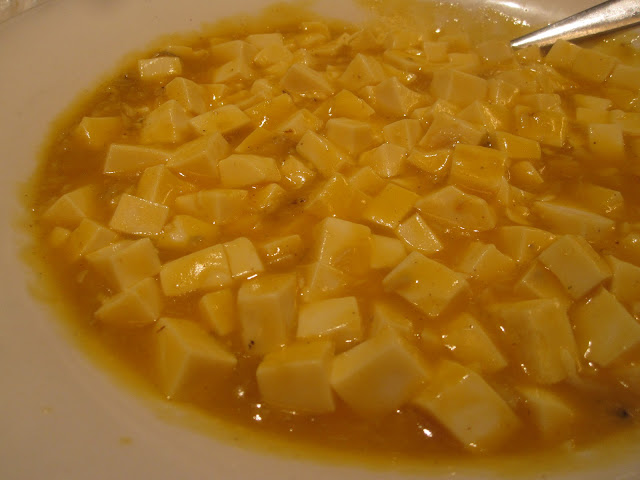 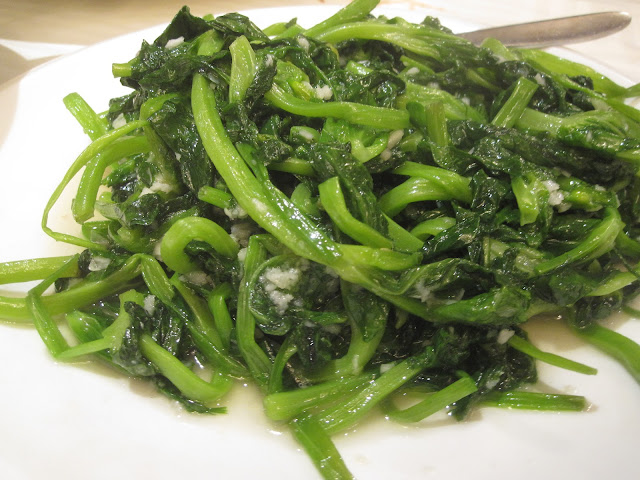 The food was good, don't get me wrong but not outstanding enough to pay the prices for. There was A LOT of crab roe on the menu, which was fantastic. The xiao long bao were also really good! There was a lot of depth of flavor that I think Din Tai Fung in Arcadia has been missing as of late. That always used to be the go-to place for xiao long bao for me, but I think the quality isn't the same as it was when it first opened up. Fun fact, my family went Din Tai Fung the weekend after the grand opening and waited FOUR HOURS IN LINE. Yea, they were that gung ho about eating there.

However, and I hate to say this, but make sure that you check your bill at the end to see if you've received all the items. There were a few mix-ups for us: (1) we had ordered another dish instead of the crab roe with tofu but the waiter wrote it down wrong (my dad decided not to send it back); (2) we didn't get the Shanghai fried dumplings so we had to make sure we weren't charged for the dish (we weren't); and (3) we had ordered an additional shrimp dish which never came, but was included in the total bill (the waiter asked if we were sure we didn't receive it - WTF).

We weren't the only table with bill issues either - the table next to us were also charged for a dish they didn't order. My mom told me that sometimes Asian restaurants will sneak in an extra dish or two onto a bill at a large table because chances are, two people will end up fighting to pay the bill (hey, we're all seen our parents battle it out with someone to pay) and will just shove a credit card at the waitress without looking at the bill. Then bam, the restaurant makes an extra $40 or $50. Sucks to say, but it does happen - always check your bill! It was a good meal but I don't think we'll be returning.