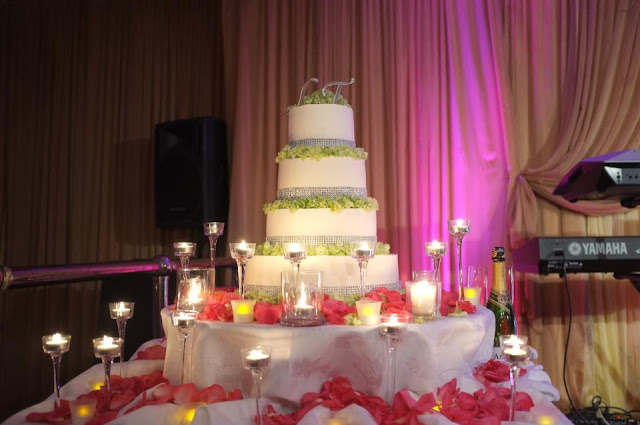 I'm at the age where a lot of my friends are starting to get engaged and married - I went to five weddings last year, and have about the same number this year. So crazy to think that in 2009, I had one wedding, and it was the first one of my close friends to be married.

Yesterday was a definite first with a Vietnamese Catholic wedding. After the church ceremony (which was a great work out - sit, stand, sit, stand, kneel, stand, sit, repeat repeat) we had a few hours to kill, and then we headed to the banquet hall in Westminster, called Paracel Seafood. The bride and groom had thirty tables filled, for a total of 300 people. And man, was it rowdy. Open bar from 6pm-10pm contributed to that.

For those of you who have never been to a "traditional" Asian wedding, there are a few key points to note:

(1) Hardly anyone ever goes to there ceremony. I'm not kidding. Prior to my work Senior VP's wedding back in 2008, I had never even seen a ceremony, except in movies. I had gone to wedding banquets with my parents, but that was it - people only go to the banquet.

(2) The dance floor is tiny, if it's even existant. Older Asian people have no interest in dancing. They just want to go and eat. And eat. And eat some more. There's no father-daughter dance, etc and only a couple speeches. This wedding was a bit more Americanized, with a father-daughter and a first dance, and some games being played.

(3) There is no registry. Traditional Asian wedding gifts is money, preferably cash. There is an unspoken rule of it being $100 per person, but if you're a closer friend or family, you can give more. I've heard of close friends giving $300-500.

(4) You WILL be full. There is no question about it. Most dinners consist of ten courses, and the majority of it is seafood. There is definitely no skimping out - Asians like to eat. For a culture that seldomly displays emotional feelings by saying "I love you", etc, the way to show appreciation and love is through food. I'm not kidding, the first time I went to an American wedding, I was shocked that there were so little courses.

So want to see an example of an Asian banquet hall wedding dinner? 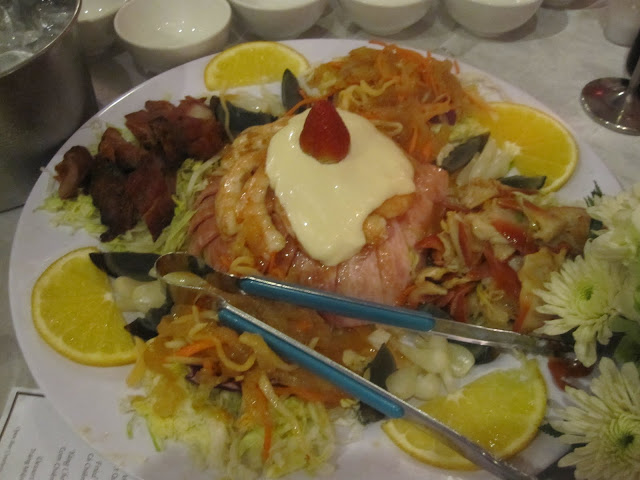 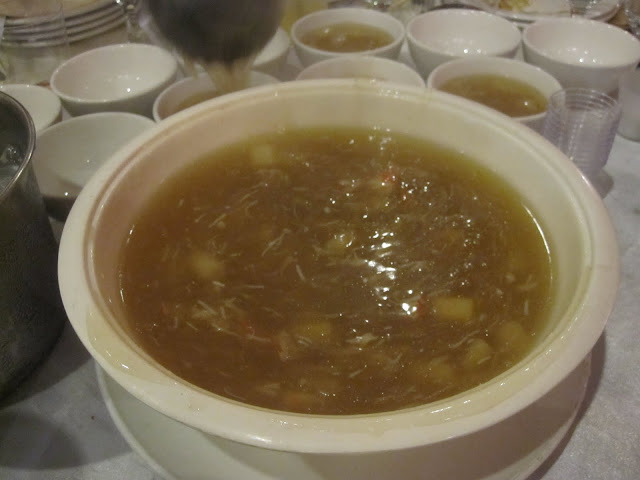 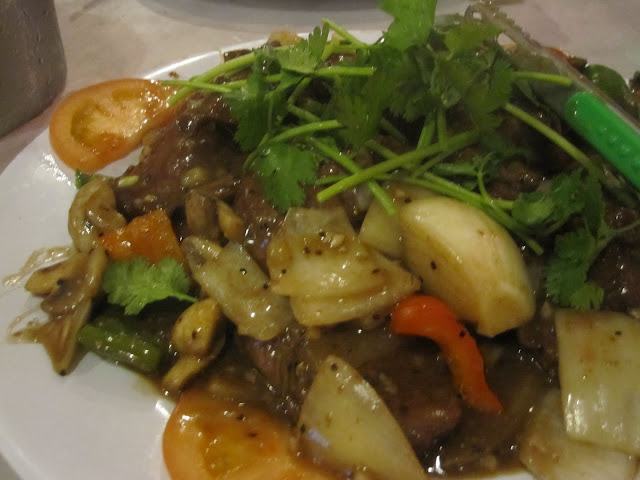 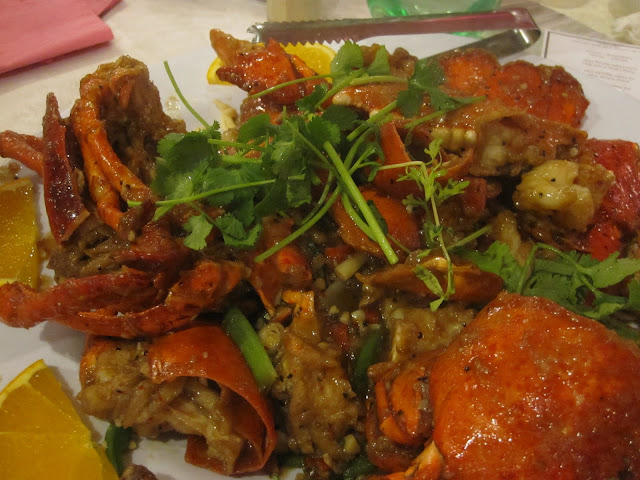 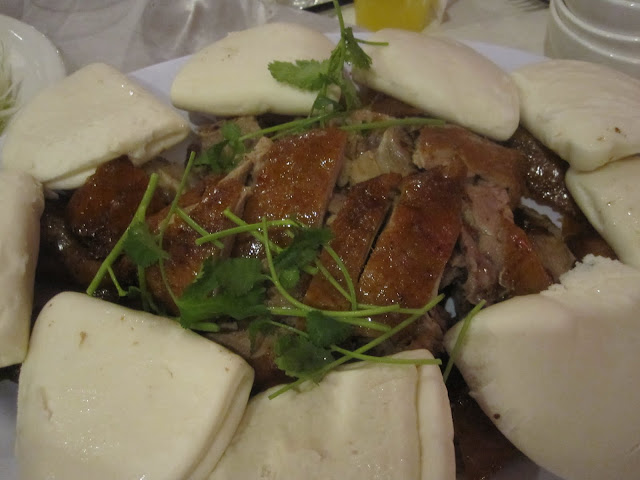 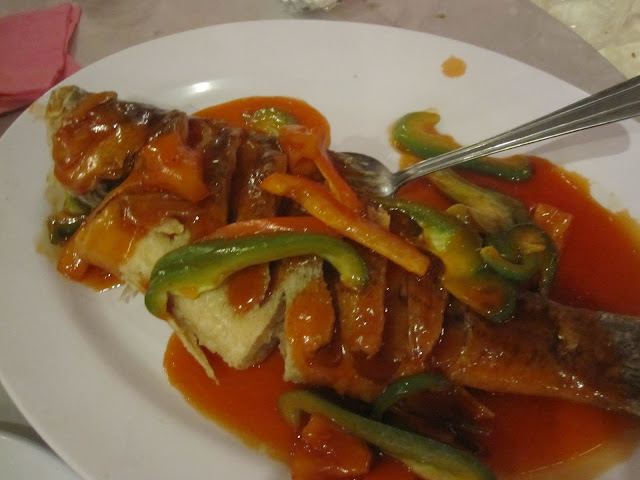 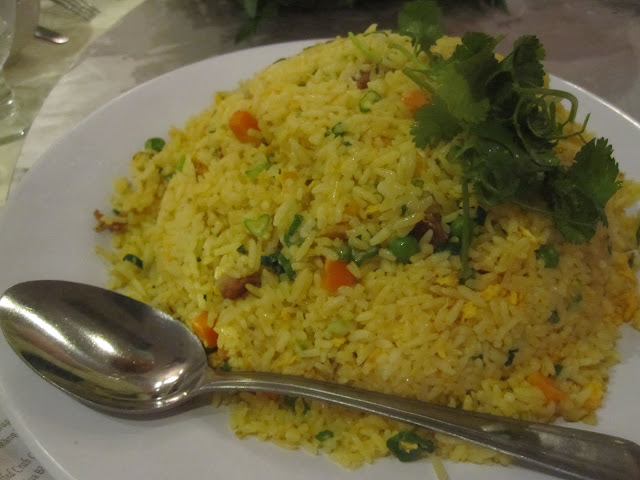 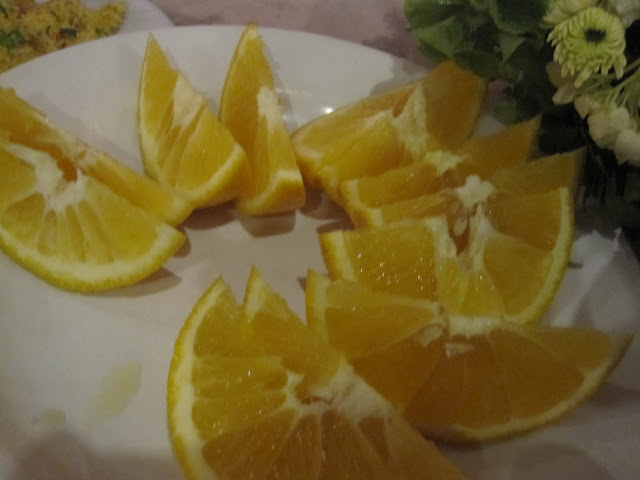 There was some dancing at the end from the oyunger crowd but once the fruit was consumed at most tables, the older people just booked right on out. There's no really staying to linger and talk, etc. Fruit = finished. They served wedding cake after while but more than half the people weren't around anymore to eat it.

Only nine people were at our table and one of them was a vegetarian so needless to say, we had A LOT of food to go around. I think I ended up eating the equivalent of half a lobster. Not that I'm complaining - it was really good. The fried rice at the end is traditional to show that you will NOT leave their wedding hungry. If you consume all the previous courses and still can eat all the fried rice (most people at this point are too full to eat it so there's a lot of rice for whoever is still hungry) then mad props to you.
Posted by Eleana at 7:09 PM

Email ThisBlogThis!Share to TwitterShare to FacebookShare to Pinterest
Labels: weddings