Southern California is an awesome place to live. More specifically, Los Angeles is an awesome place to live. Super diverse, and more importantly, you are within an hour's drive to a bunch of amusement parks: Knott's Berry Farm, Six Flags Magic Mountain, Raging Waters, Universal Studios Hollywood, Legoland (I still haven't gone yet but I really want to) ... and the granddaddy of them all, Disneyland! Sad to say I have no annual pass like many of my friends do, but they live in Orange County and sometimes when they're bored at night, they just go to Disneyland for dinner and to watch the fireworks. If I lived a bit closer, I'd love to do that too! Alas, by the time I get home from work and drove down to Disneyland, it would be 7pm at best, in the most favorable traffic conditions.

However, my Disney-enthusiast friends wanted to have dinner at the Chef's Counter at Napa Rose. Seated right at the counter, you watch the chefs work, and see the dishes being garnished and sent to the dining room. Executive chef Andrew Sutton will approach and inquire about any allergies and what the diners particularly like; he then creates a multi-course menu on a whim with an emphasis on seasonal ingredients. The first few courses were two different items, so we could each share with the person next to us, but the entrees and desserts were four different items for four people. There was a lot of plate swapping going on! 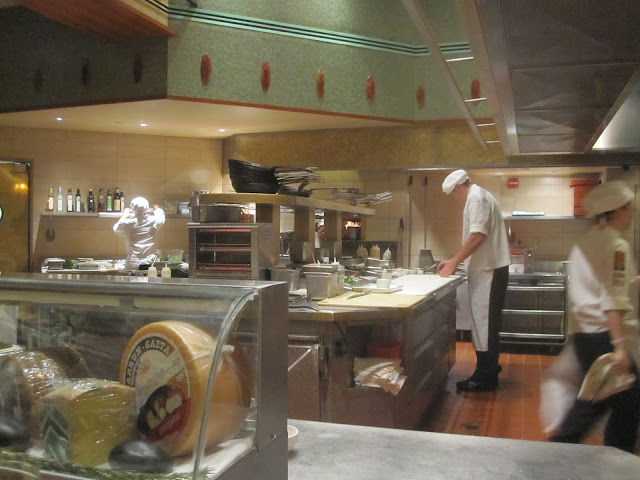 view from the counter seating 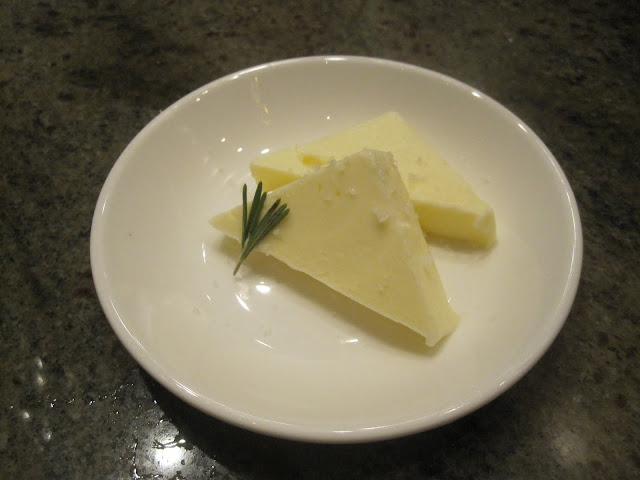 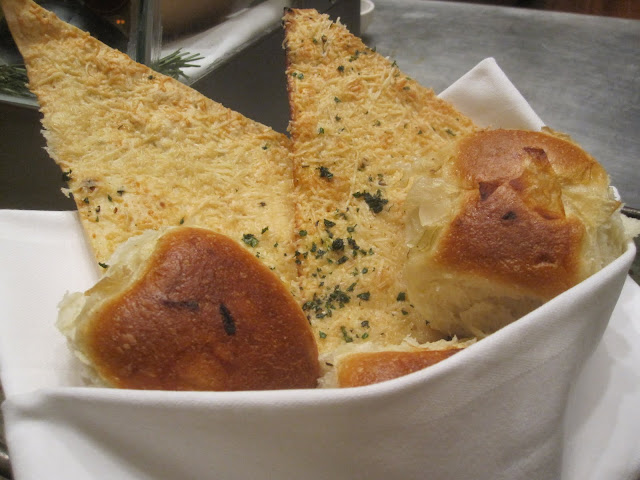 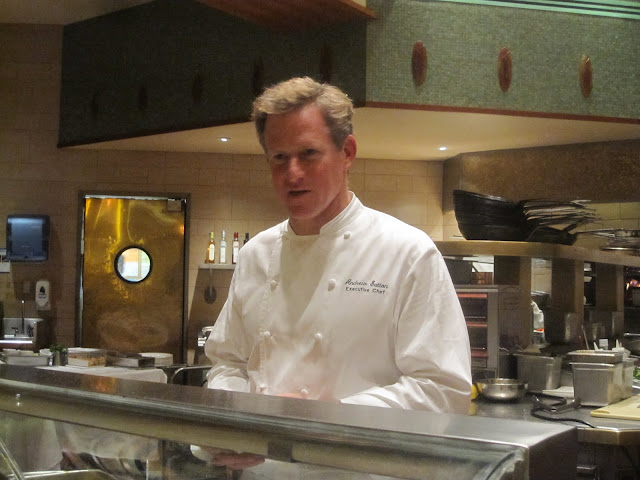 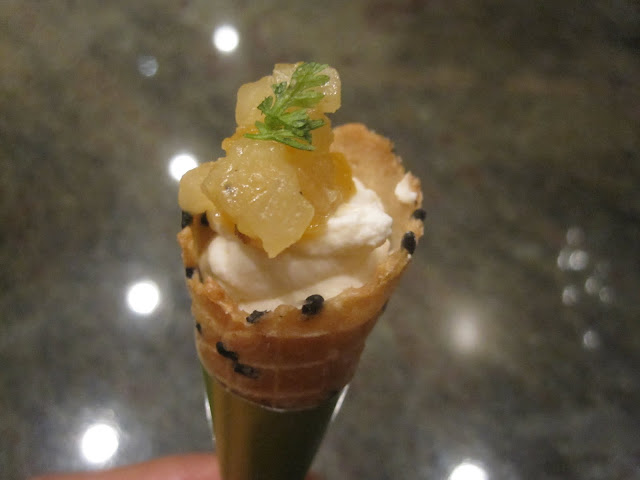 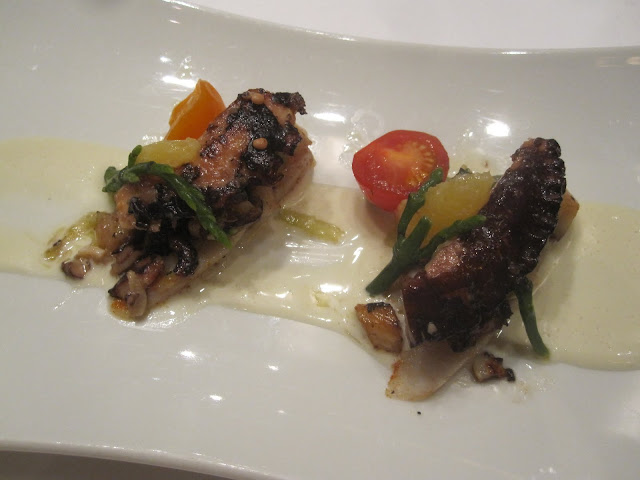 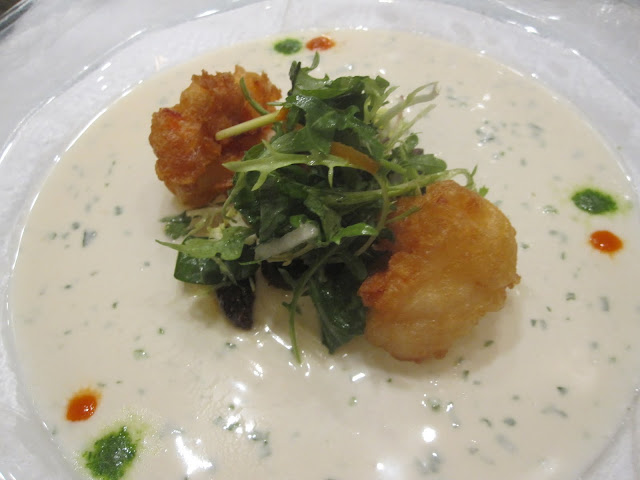 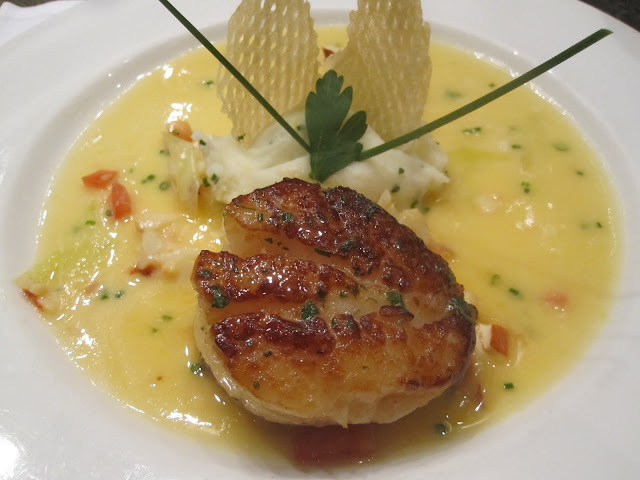 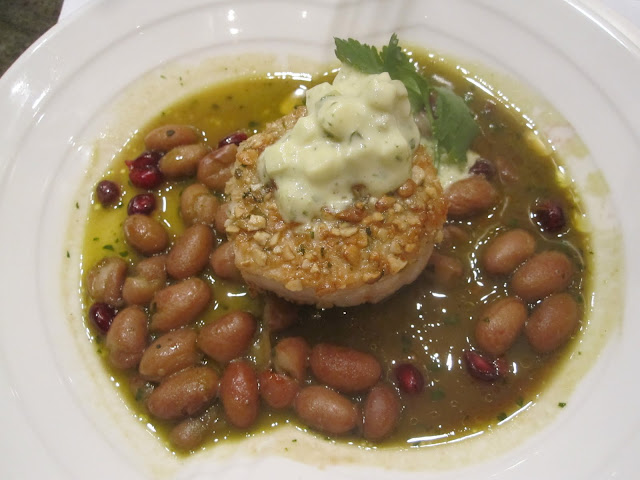 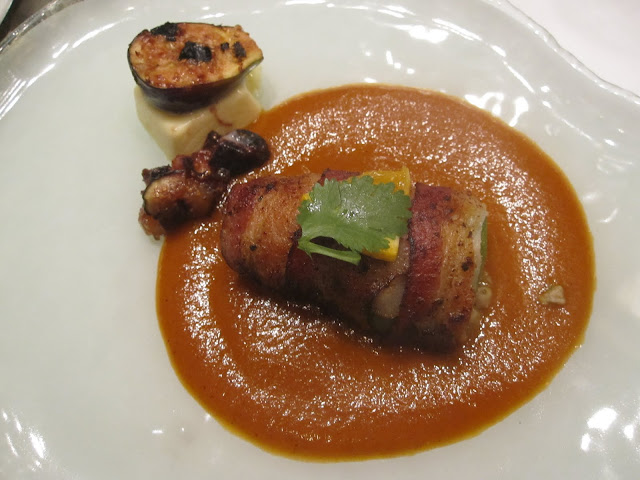 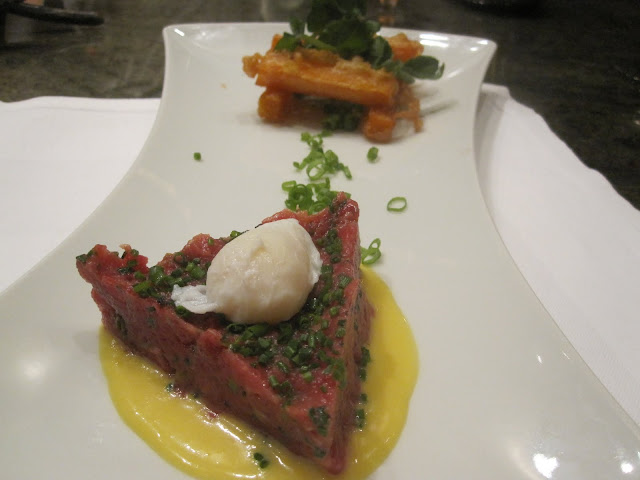 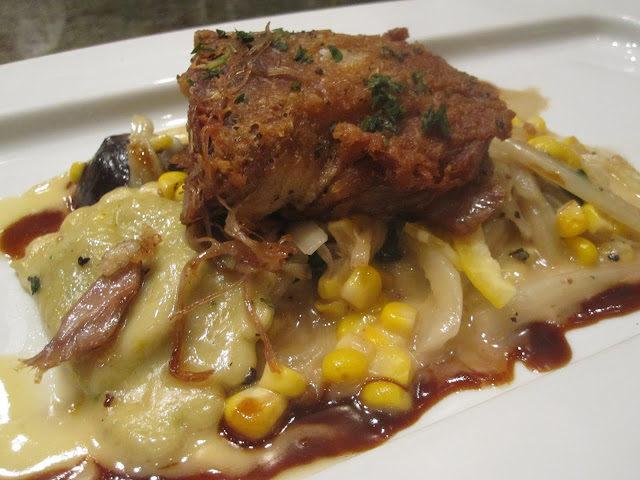 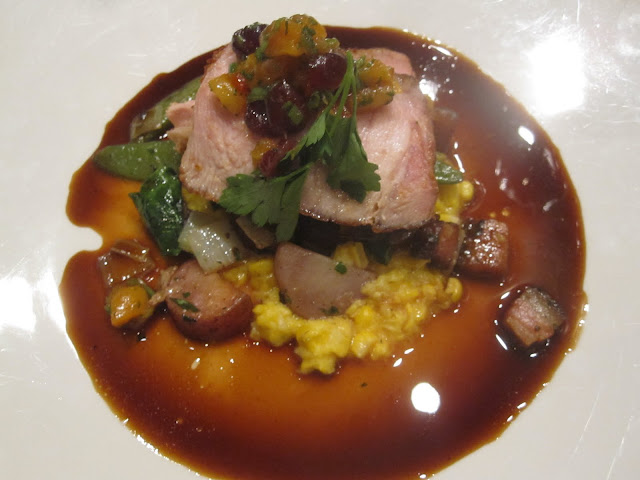 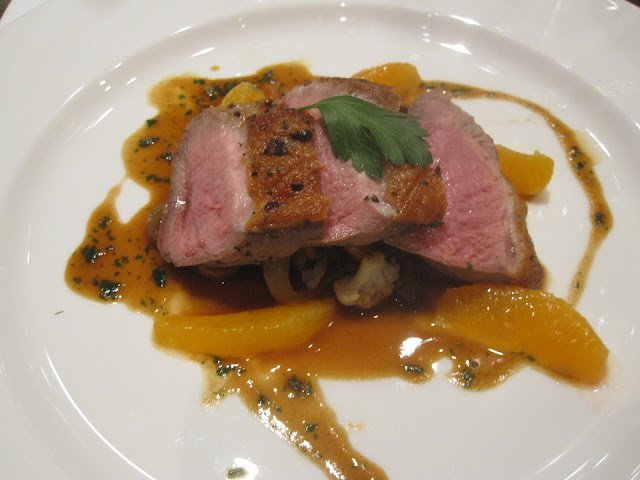 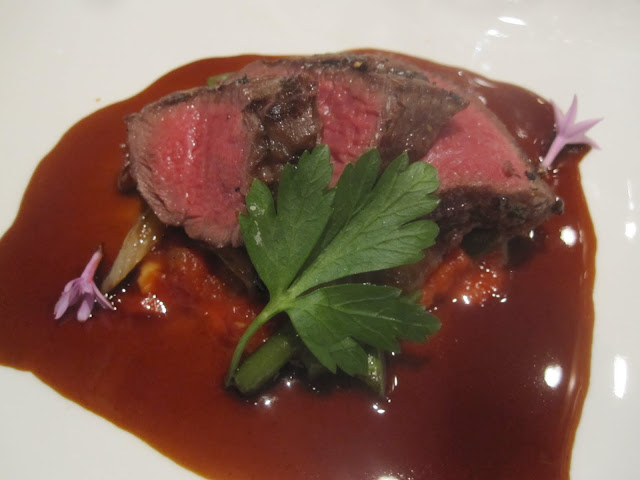 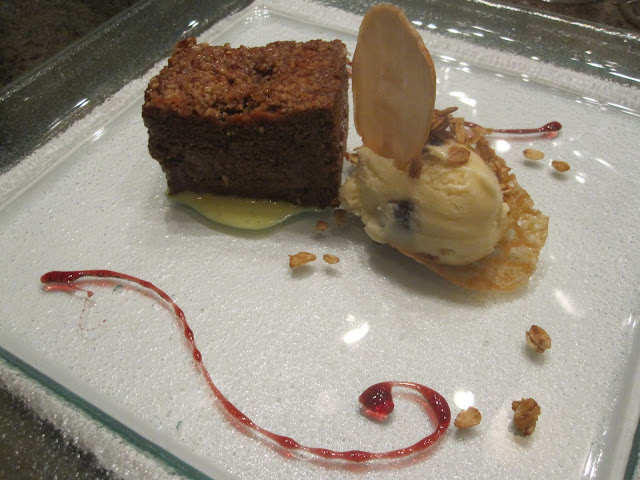 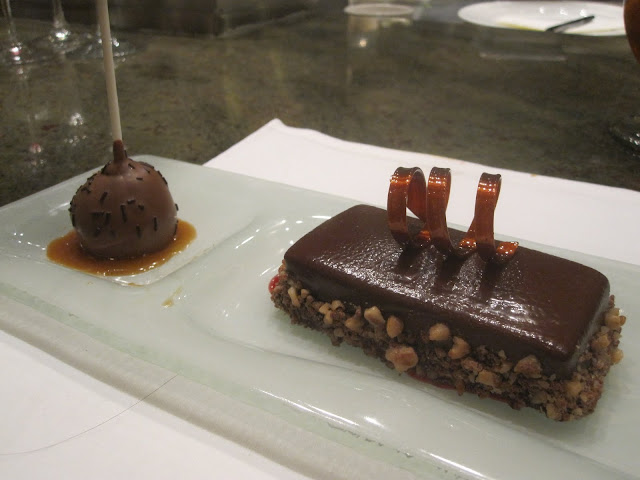 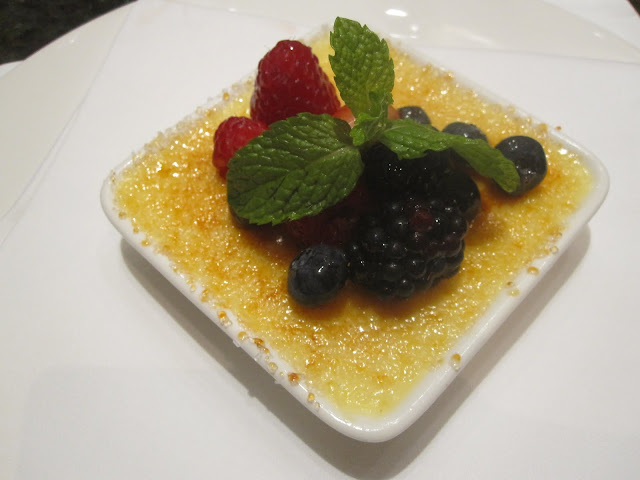 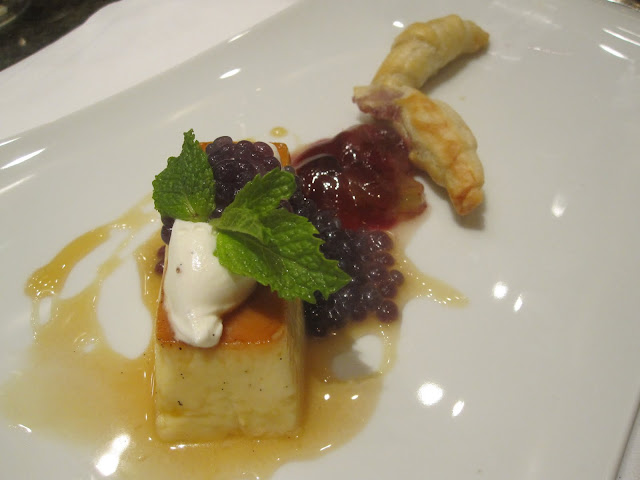 Sitting at the Chef's Counter was a great expereince, especially to watch how a chef runs his kitchen. He also stopped to talk to us at several points thoughout the night and ask how we were enjoying our dinner. At one point, Chef Sutton was disappointed the quail eggs for the steak tartare were overpoached - he sent the plates back for a re-do and further scolded the chefs for not taking the time to cut extra green onions for garnish. He didn't go all Gordon Ramsey on them either, just told them that it wasn't up to standards. He certainly takes pride in sending out only top-notch dishes from his kitchen. 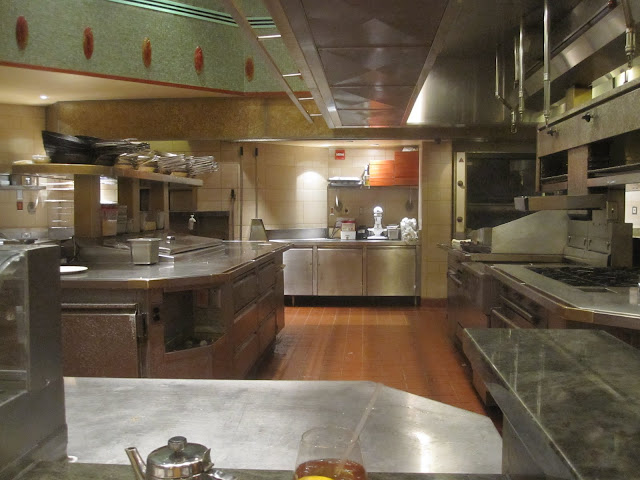 a cleaned and emptied kitchen

Service was great and not intrusive at all. Our meal took so long (3.5 hours!) that we closed down the restaurant/kitchen. However, we never once felt rushed and were encouraged to take our time. Our waiter even offered to take group pictures for us at the end, though I'm sure he was aching to get home. Disney certainly is magical! 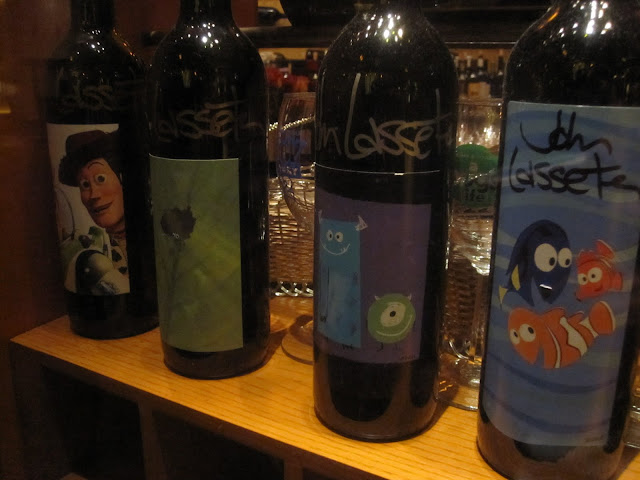 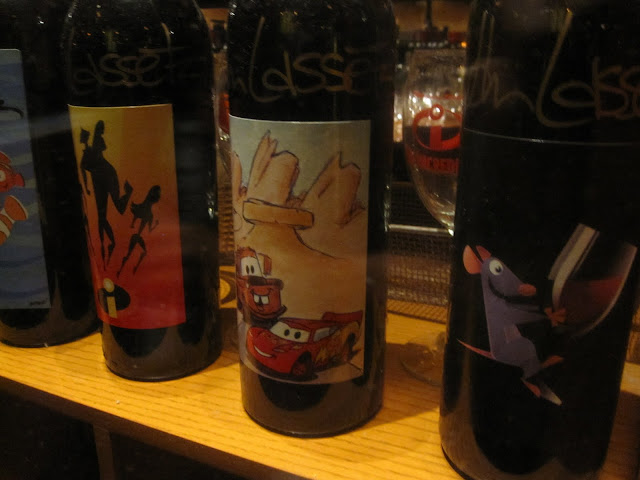 where is the Pixar winery?!