Anniversary dinner was at miX at THEhotel at Mandalay Bay. Located at the top floor, the views of the Strip are amazing. 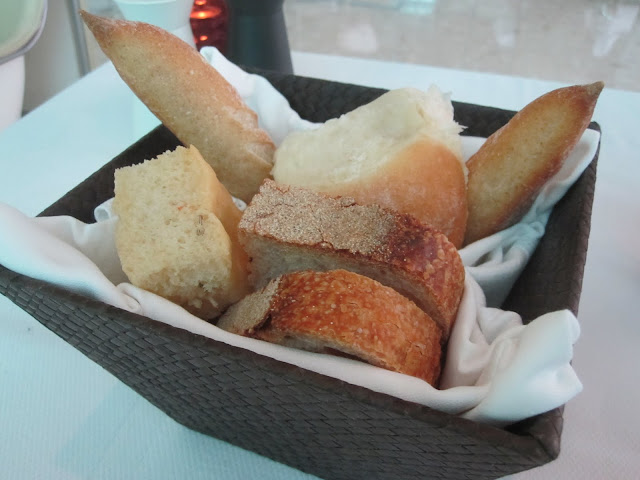 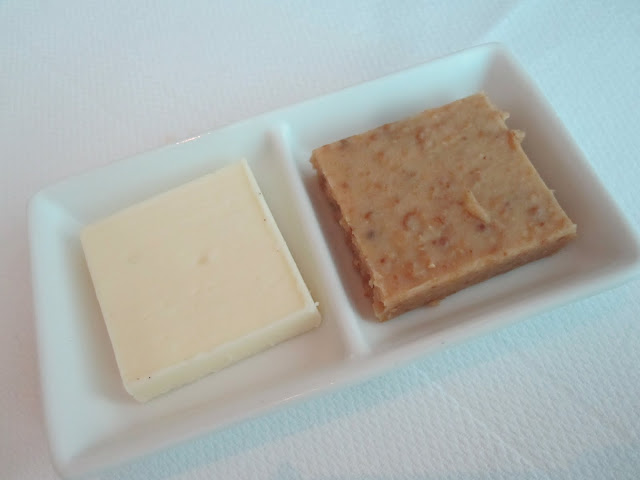 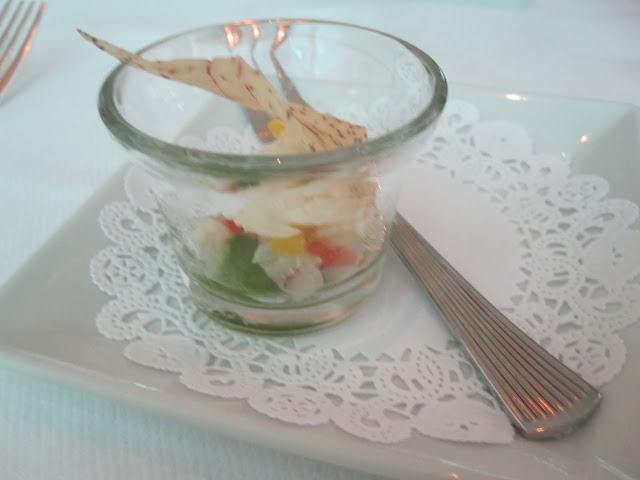 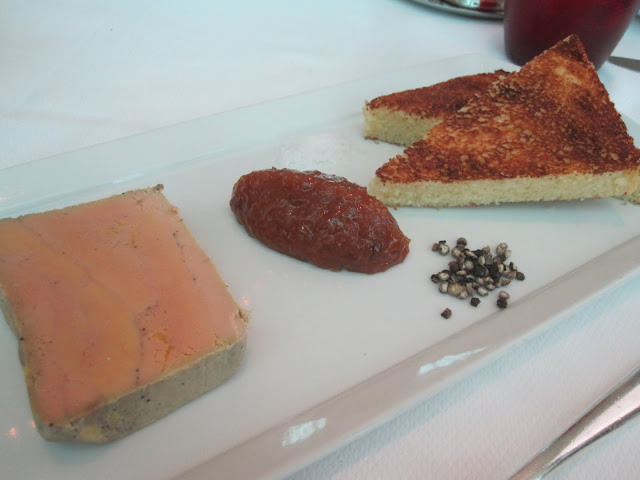 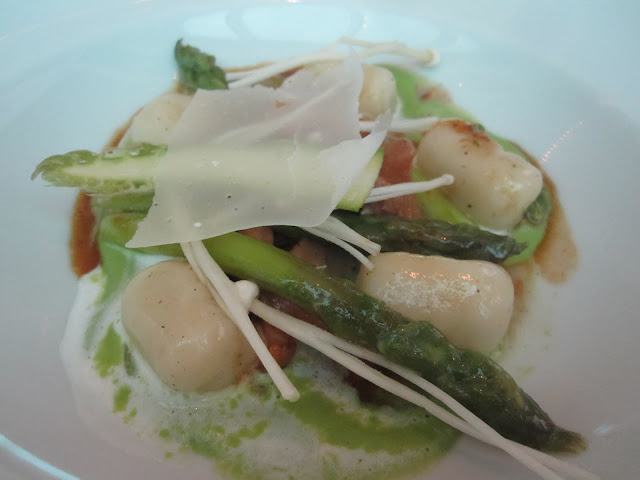 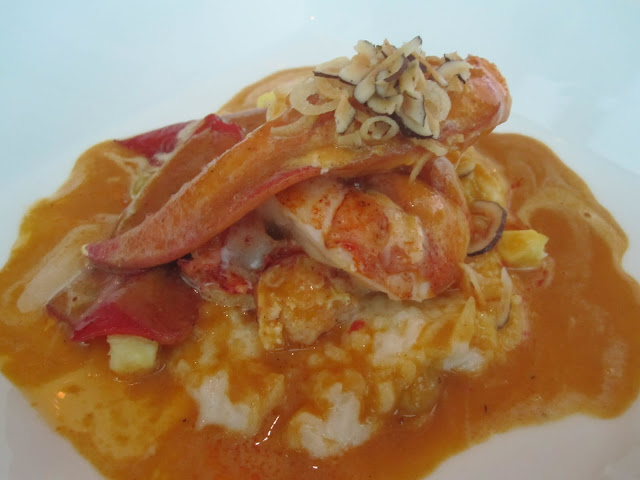 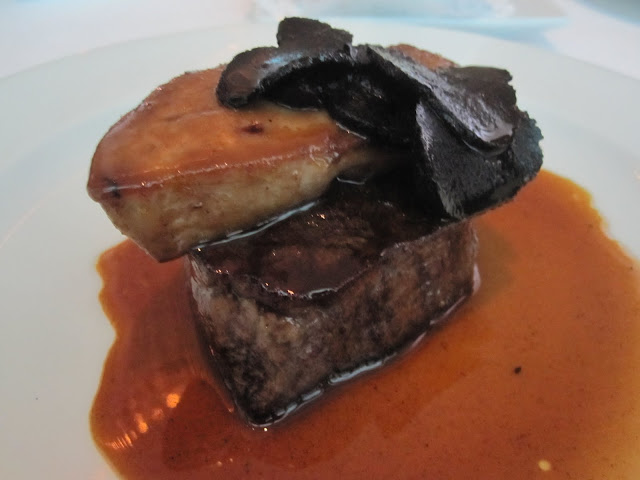 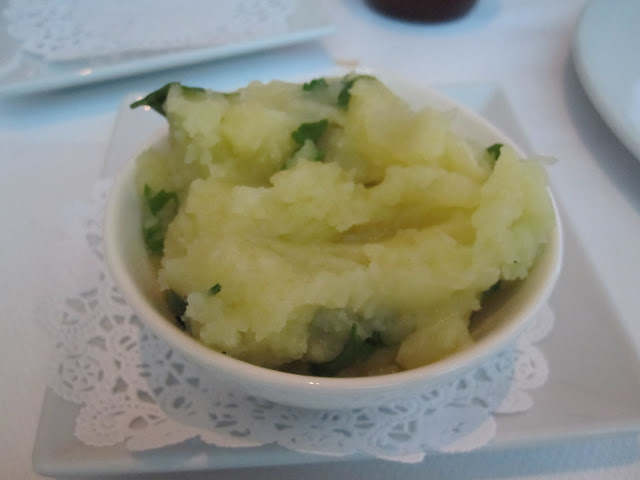 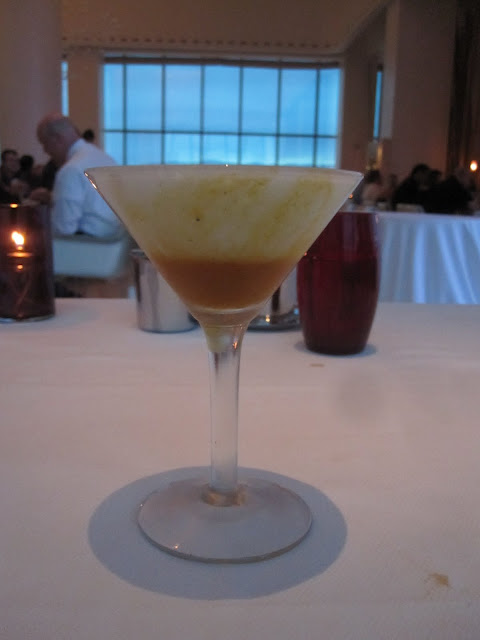 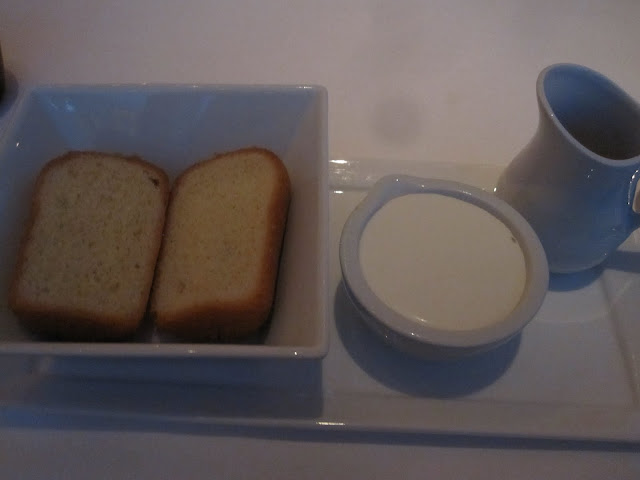 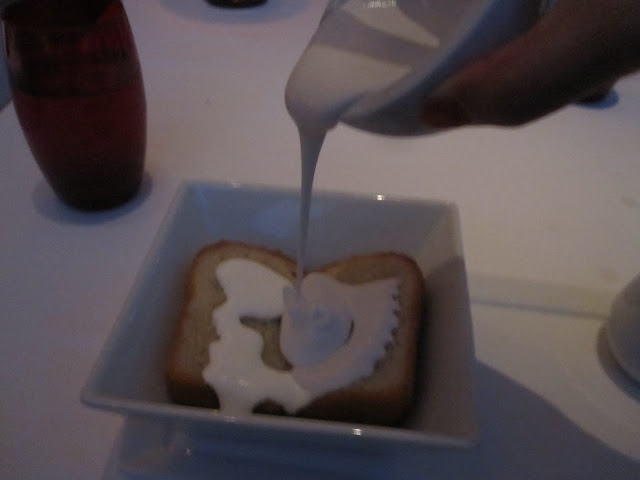 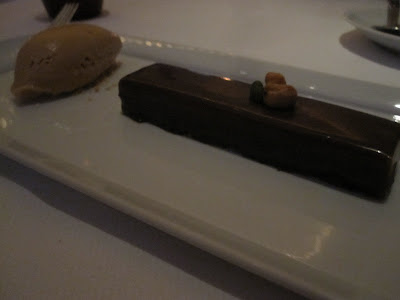 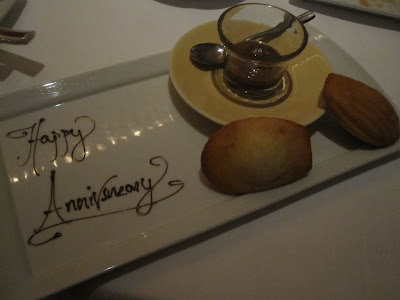 The only thing we really didn't like was the Baba Au Rhum dessert. Didn't like as in we both sent it back, and were comped with the miX Candy Bar instead. Basically it's sponge cake which you pour a shot of rum over, pour the thick cream, and then eat. Except you can't taste anything except bites of rum-drenched something. The sponge cake and cream flavors are completely washed out. I think our server was a bit insulted that we didn't like it, and even told us it was the most popular dessert in Monte Carlo - but maybe tastes are different in different countries.

For the most part, service was nice, but slightly lacking for a Michelin-starred restaurant. But maybe it is because Vegas is a bit lax and casual. The butter and peanut butter also needed to be at room temperature, not cold and solid. That being said, the foie gras terraine was very good, second only to Bouchon. The gnocchi were light and the steak was melt-in-the-mouth tender. It also didn't hurt that there was a huge slab of foie gras on top. It was a great anniversary dinner!