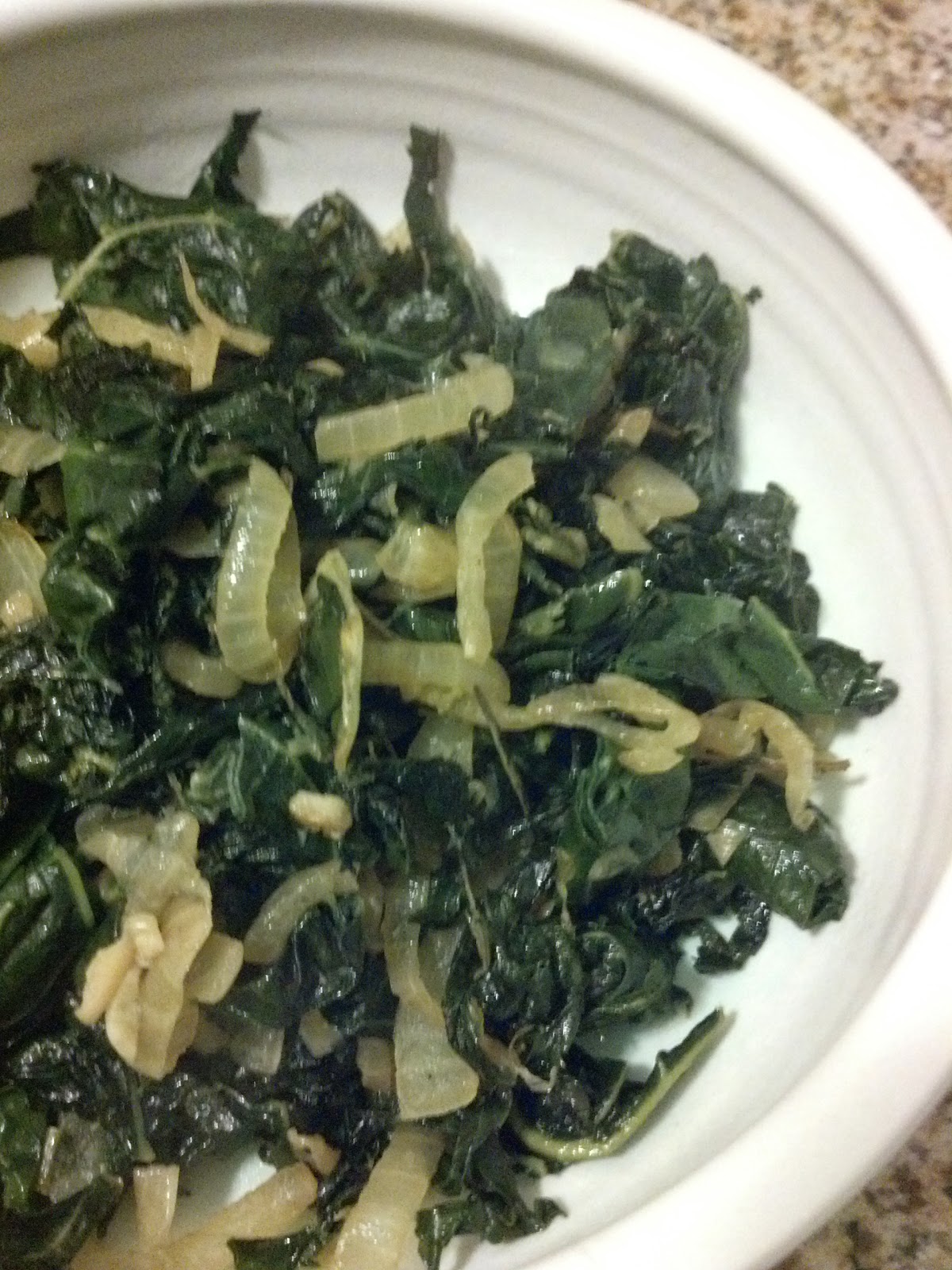 Excuse the blurry picture above! Kale is the hot new vegetable right now and people are swearing and fawning all over it but it's been hard for me to get into it. It's so ... it's like chewing grass because it's so fibrous that you have to chew for so long. Which has it's pluses and minuses.

I stumbled upon this recipe for slow cooked kale and it seemed much more up my alley. As of right now, the only time I like kale is in soups, where it's cooked to a toothsome chew. But this recipe got me to change my mind and paired with some grilled chicken, it made for a hearty, satisfying dinner.

Bring a large pot of heavily salted water to a rapid boil. Working in two batches, blanch kale for two minutes. Drain, let cool, and squeeze out excess water with your hands. Coarsely chop and set aside.

Heat a large pot over medium heat for two minutes. Add 2 tablespoons oil, rosemary and chile. Let sizzle and shake the pan often for about a minute. Reduce meat to medium-low, add onion. Season with 1/2 tsp salt and a pinch of pepper. Cook for two minutes, stirring often. Stir in garlic and cook further, stirring often, until onion is soft and starting to brown, about 5-7 minutes.

Add remaining tablespoon oil and kale, stir to coat evenly. Season with 1/4 tsp salt, and cook more, stirring often, until kale turns almost black and is slightly crisp at edges, about 30 minutes. Pick out rosemary twigs and chile pieces before serving.
Posted by Eleana at 9:01 AM

Email ThisBlogThis!Share to TwitterShare to FacebookShare to Pinterest
Labels: vegetables