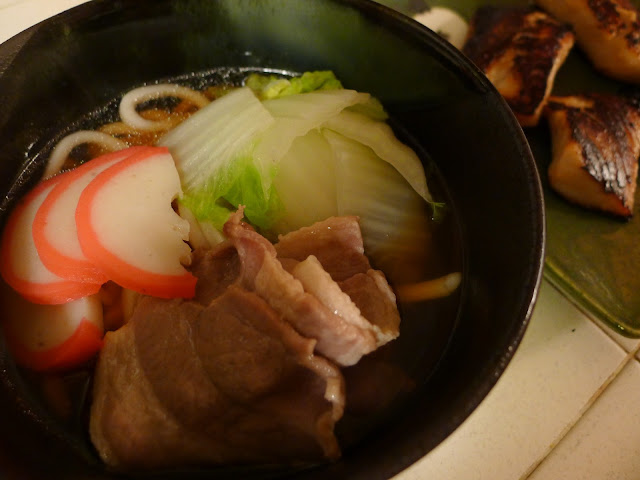 Hello there, all. It's been a long long time since the last update. I know, I'm ashamed of myself. But in my defense, I've WANTED to update for the last week or so but there seems to be a problem with Internet Explorer. Don't laugh, I HAVE to use IE because I have a work laptop. I got rid of my desktop a few years ago after I got one for work and realized that having a portable computer was so much more useful and space-efficient. Plus, not my money and I always have the latest upgrades. I'm not gaming much anymore and only used the computer to surf the net; now I could surf the net and watch TV on the couch at the same time! But I digress ...

IE seems to have an issue to where it's not letting me upload pictures through Blogger, which is a major hassle when this site is based on pictures. I mean, you just want to look at pictures of food right? Oh and sometimes recipes. They can be helpful too. So now I'm resorting to using Boyfriend's computer while he showers to update the blog.

The Walking Dead ended weeks ago ... the midseason finale anyway. The second half of the season is coming back in a couple of weeks. Eep! To provide full disclosure, I did not watch or make dinner for episode 8 because my birthday was the day before and I had Book Club the day of. So I'm giving this recipe from Ms food, je'taime. I made the udon with whatever leftover ingredients were in the refrigerator from having shabu-shabu-slash-hot-pot during the week. But the cod was the best part. 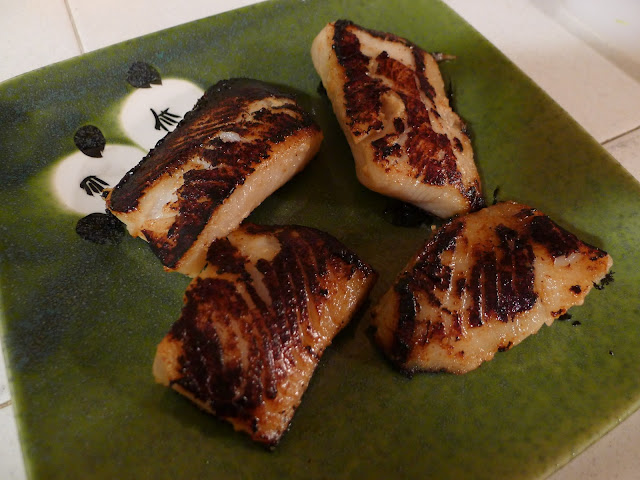 You can buy the cod filets fresh from any Japanese market or you can buy them frozen from Trader Joe's for something like $8.99/lb, which is ridiculously low. I defrosted the filet and cut it in half before marinading it ... delish. I actually text Ms food, je'taime to tell her I was eating and loving it because I was so excited.


1/2 cup of miso paste
3 tablespoon mirin
1 teaspoon light-colored honey
2 fillets black cod (about 1 inch thick)
vegetable oil
Whisk together miso , mirin, and honey to create the marinade. You can adjust the marinade to your liking (saltier/sweeter) but it turned out perfect in the above ratio.

Pat the cod filets dry with a paper towel. Transfer the marinade to a ziploc bag and throw in the filets with it; gently mush around a bit to coat the filets with the miso. Don't actually squash the fish! Marinate for about 24 hours.
Before cooking, remove the fish from the refrigerator and let it come to room temperature for about 10 minutes. Preheat a nonstick skillet or grill pan over medium-high heat. Gently wipe off any excess marinade with your fingers. Oil pan and cook the fillet until golden brown on both sides, roughly 3-4 minutes per side, depending on the thickness of the fish. Serve preferably with white rice.
Posted by Eleana at 9:38 PM