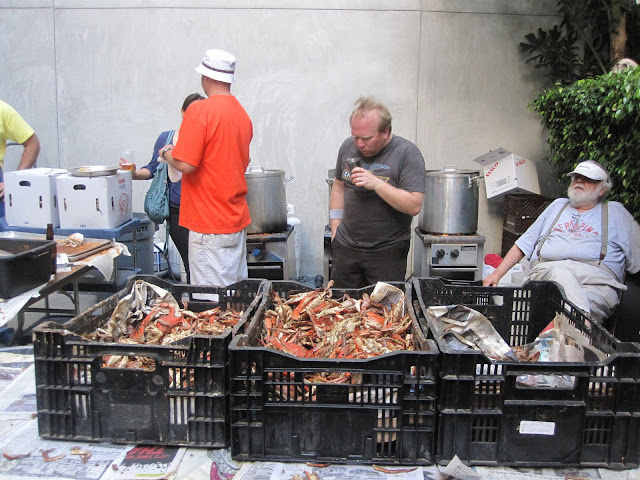 Went to Crabfest at the Hungry Cat a few weeks ago. I had been meaning to go for the past few years, but never got around to it due to scheduling conflicts. Never again! I will definitely set aside time every year to go to this event, as it is amazing. Five courses of amazingness. Service was really great and friendly, even though there were so many things going on at the same time. The waiters/waitresses never faltered. 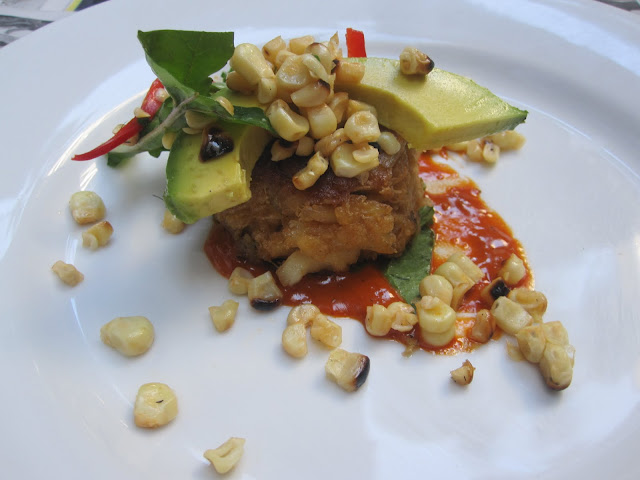 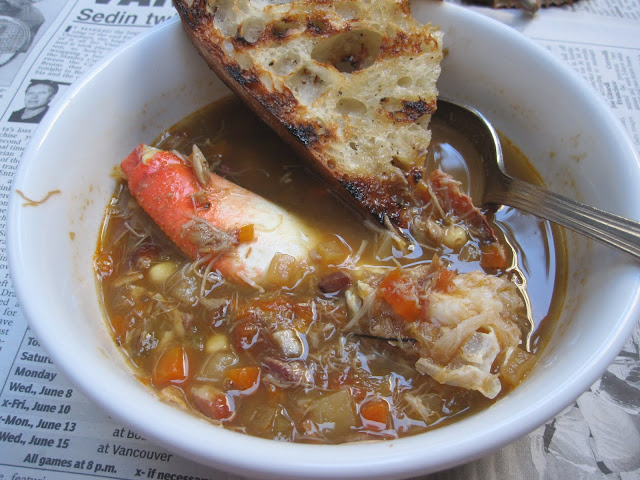 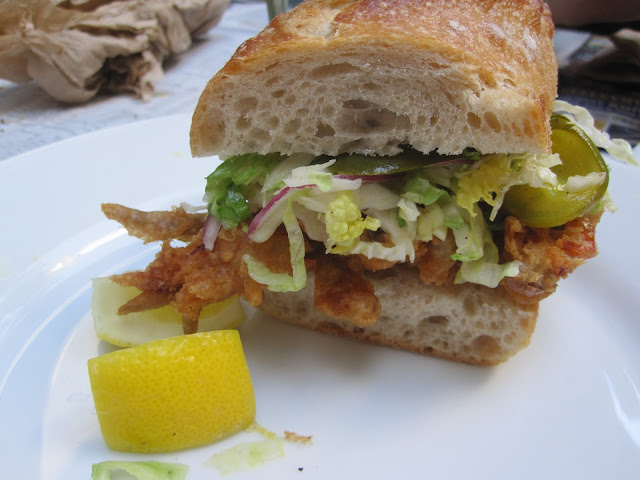 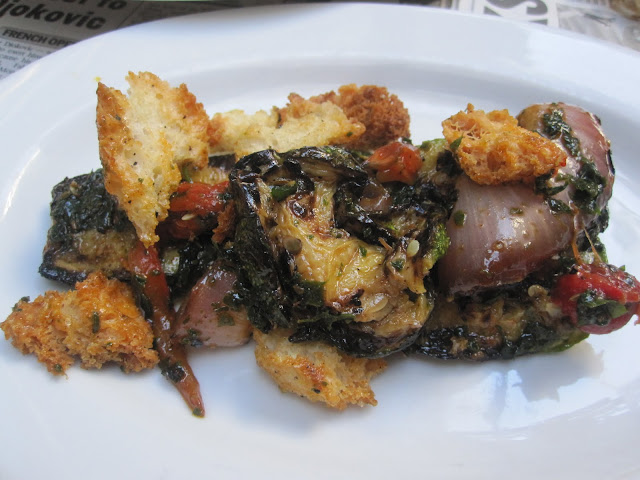 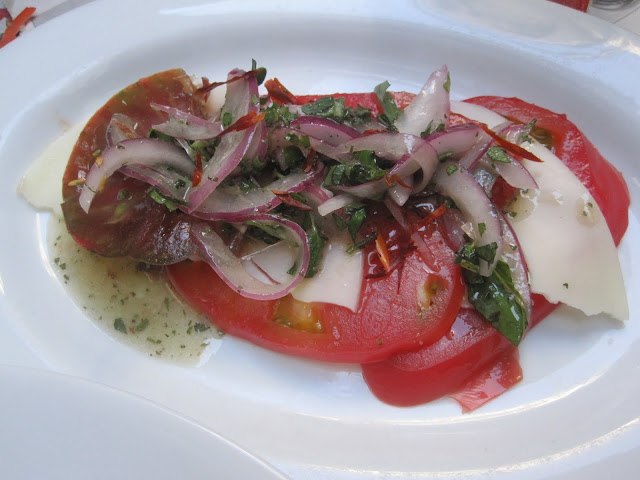 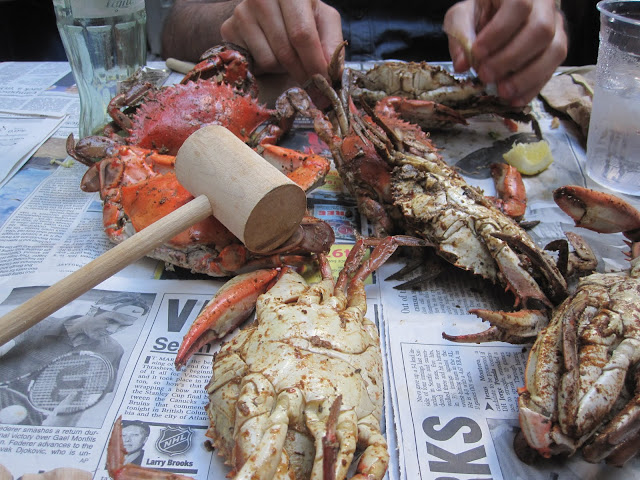 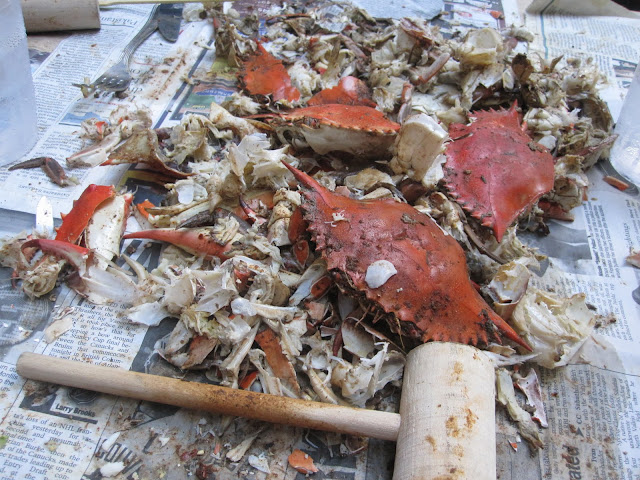 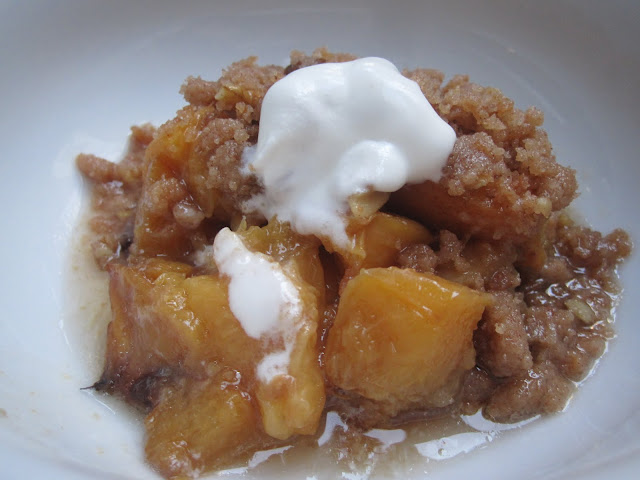 The crab soup and steamed blue crabs were a bit salty for my liking and the bread was a bit thick on the po'boy (I ended up just taking off the lop layer and not eating it), but everything else was great! I think the seasoning on the blue crabs was just a bit excessive. Especial favorites were the crab cake, grilled squash and stonefruit crisp.

Apparently Crabfast is a huge event every year, and not just for us commoners - we spotted Joel McHale, Michael Voltaggio and Jake Gyllenhal partakng in the destruction of crustaceans as well! I was only able to sneak a quick picture of Joel McHale, and Boyfriend would not let me go talk to him since "he was eating." I suppose that is the right thing to do. He twittered Joel that he had saved him from being swamped by a bunch of girls (me and the girl I was sitting next to were both excited) - and Joel actually messaged him back "thanks" and that "he would get him back at next Crabfast." Whatever! 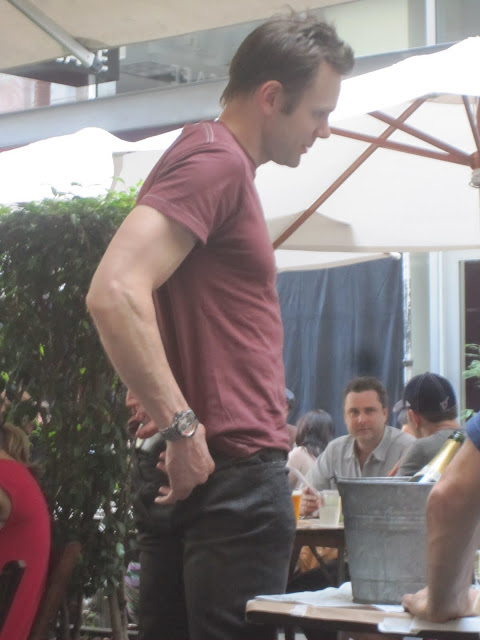 He stands just like Jeff Winger does in Community! 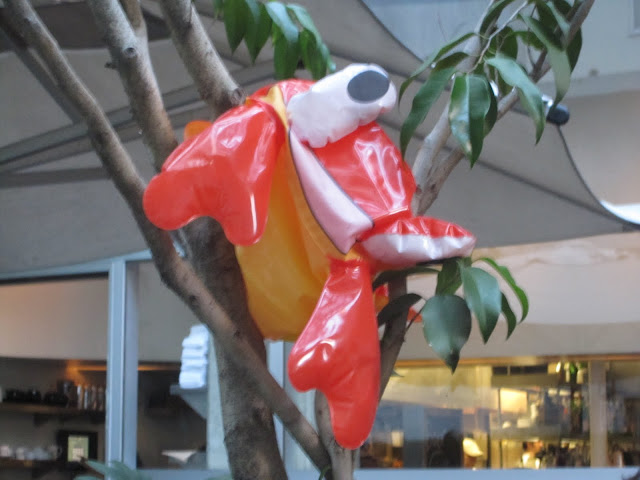