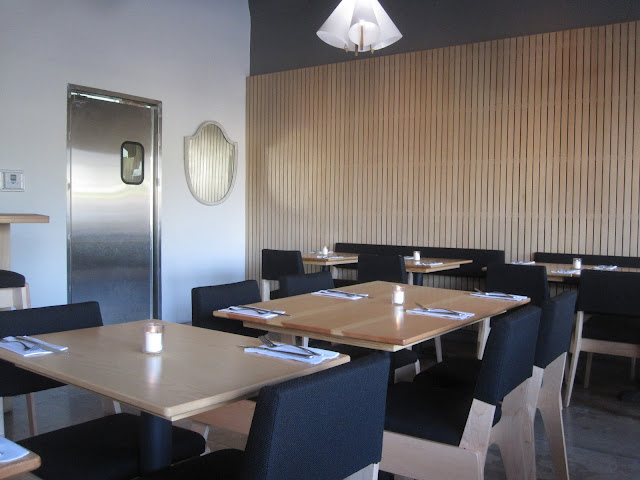 It's been a long time since I've met up with WeezerMonkey and we went to The Spice Table (no post for that) ... it was way overdue for us to grab dinner again. Luckily with Boyfriend out of town since last Thursday, I've had plenty of opportunity to make plans with people.

On a side note, since he left the whole apartment was immediately vaccumed and dusted. All the towels and sheets were washed, and the floors were mopped. The sinks, toilet and tub were bleached. Every day I come home and the house is just as clean and sparking as when I left it ... and it stays that way. I've never lived by myself before (I've always had roomates) but ... is this what paradise is like?! Boyfriend gets back on Sunday and then it's back to cups being left around the apartment, and stuff like that. *sigh*

But I digress. Before meeting up at Black Hogg, I grabbed a chai tea latte and a fruit plate at LAMill. Then I took the two minute drive to Black Hogg, which is at the intersection of Sunset and Silverlake Blvd. The restaurant had only a few tables occupied when we arrived but quickly filled up throughout the night. When we left at 8:15pm, it was a full house with more people waiting on the sidelines. Get there early! 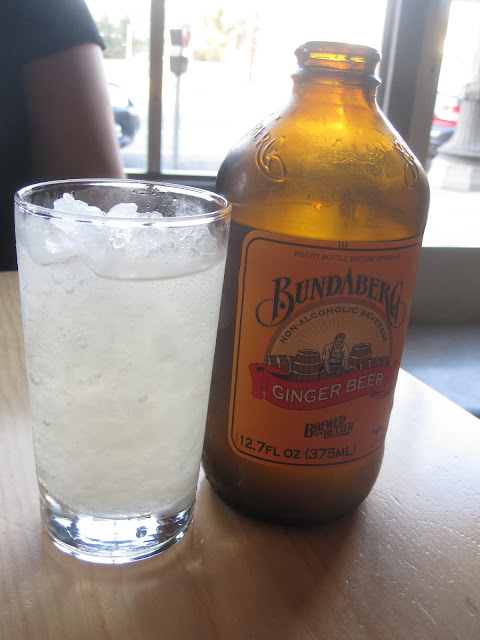 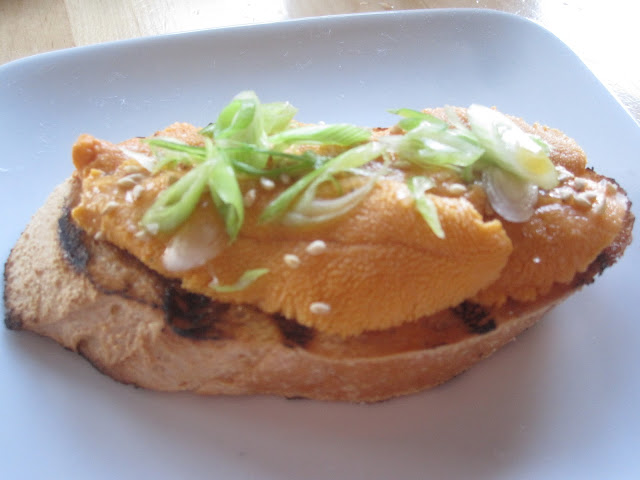 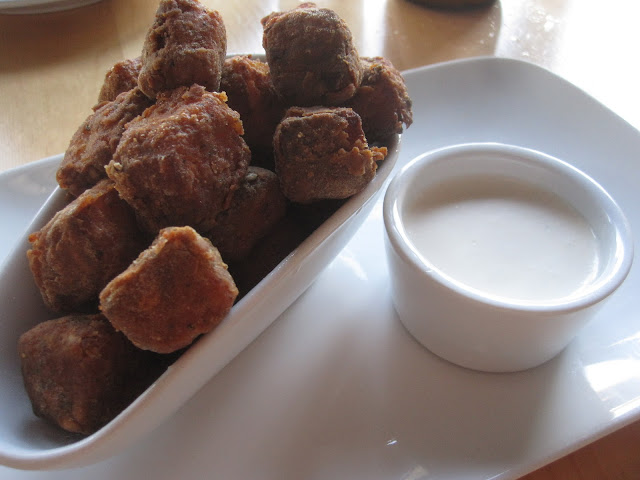 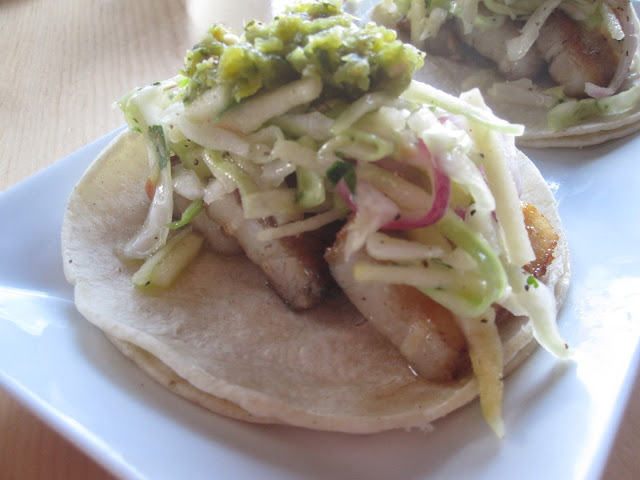 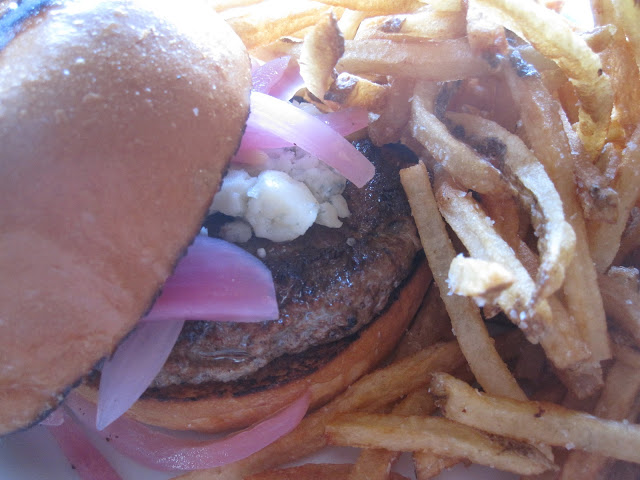 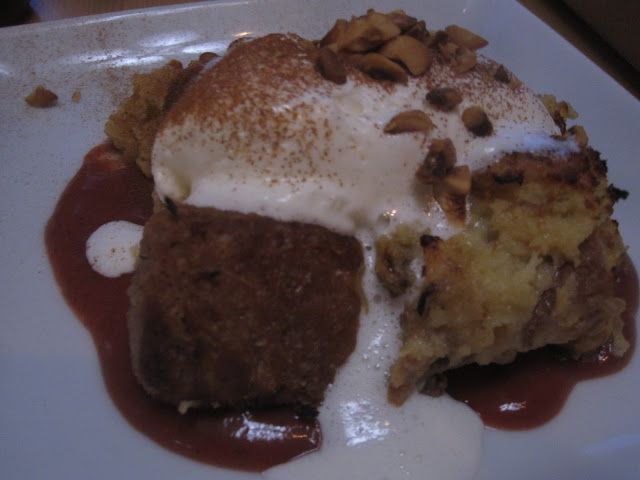 WeezerMonkey originally started out saying that she wanted to order a vegetable (the brussel sprouts) but changed her mind when I mentioned the pork belly tacos were given great reviews. I think her justification was "Well, there are apples in the pork belly tacos. That'll do." I loved it.

Everything was delicious and the service was great. I especially liked the uni toast, though I think the price is a bit steep for that one piece of toast ... maybe if there were two pieces? I'm not usually a fan of rhubarb but the bread pudding was outstanding - soft and moist and definitely not too sweet. It was the first night that they served the dish (FIRST!!!) and the manager or the owner came over to see how we liked it. The combination of the bread, slightly tangy fruit sauce and the whipped cream was stellar - be sure to get this dish, though I'm curious at how the churros are as well.