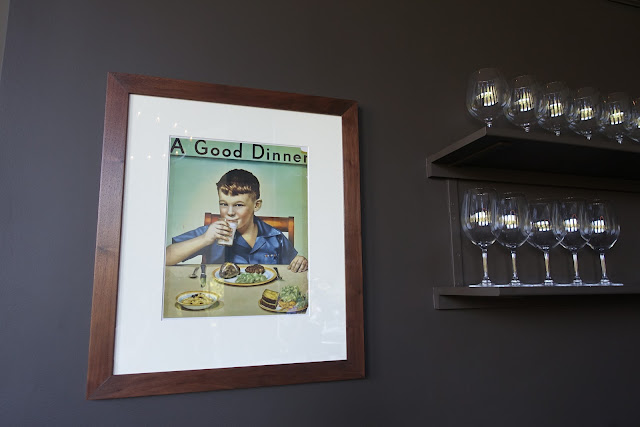 When French Laundry closed for renovations/expansions a few months ago, the ever-innovative Thomas Keller looked to the Silverado Resort in Yountville/Napa and opened a pop-up concept. Since the pop-up is a takeover of one of the country club's restaurants, TK decided to do a homage to the country club cuisine.

Nancy, Hua and I headed there over Memorial Day weekend, keeping our fingers furtively crossed that TK would be at the restaurant, carving beef wellingtons or tossing Caesar salads tableside. It would have been amazing! We were fan-girl-excited at this very thought. 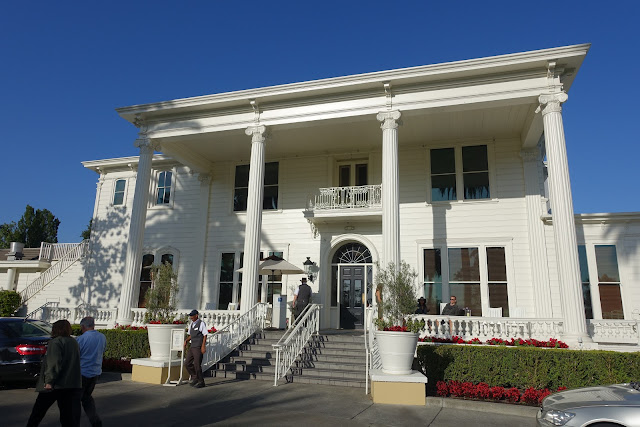 front view of the Silverado Resort

Since there were three of us, we decided to go with three appetizers, entrees for four, a bunch of sides and a few desserts. Nancy and I traveled far to eat here; don't judge. Plus, since this is a temporary concept and though there is no actual end date, we didn't want to miss out on any amazing dishes. Basically we experienced FOMO to the max. 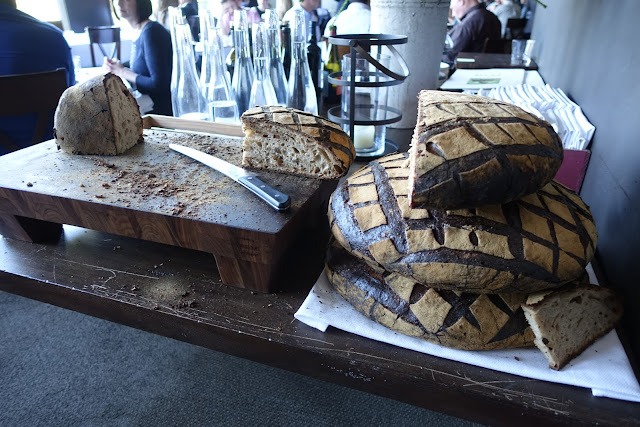 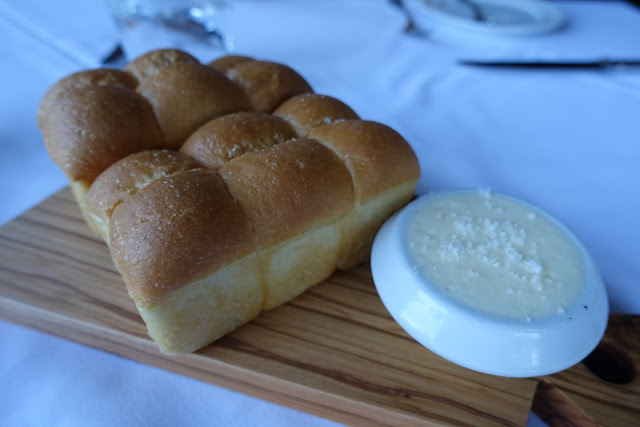 Bread was served to the table warm and the butter/salt combination was delicious. We were off to a great start. Excitement levels high at this point. Plus, we kept craning our necks for TK to appear. 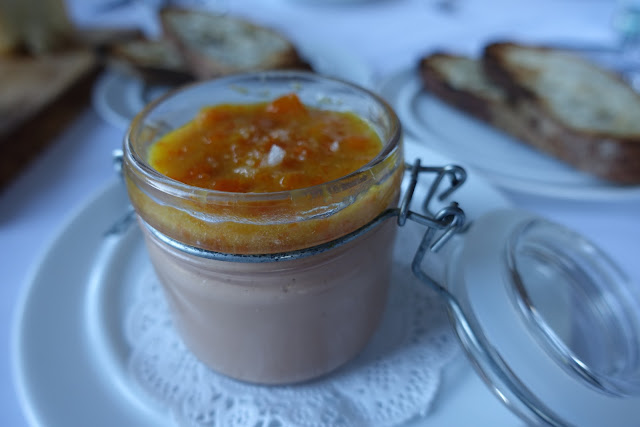 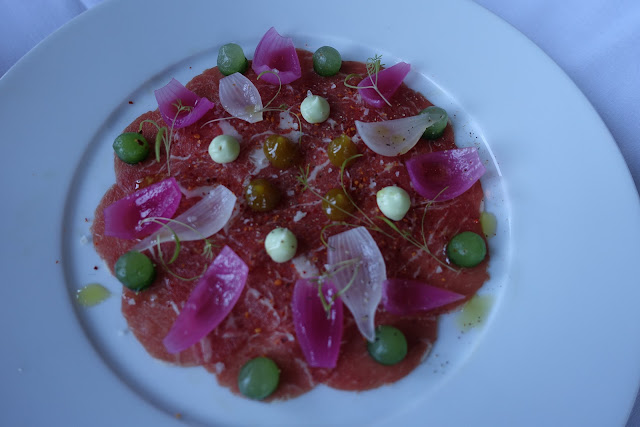 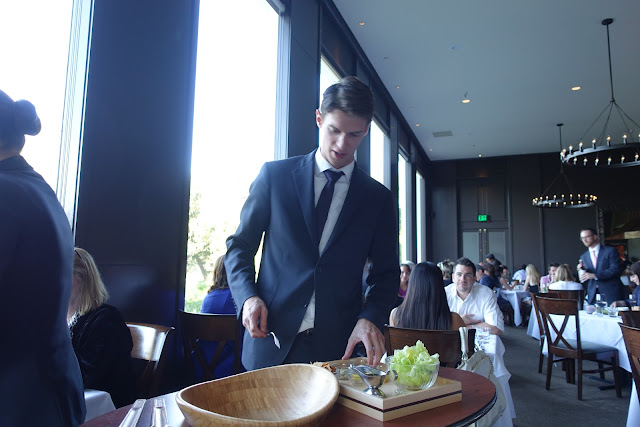 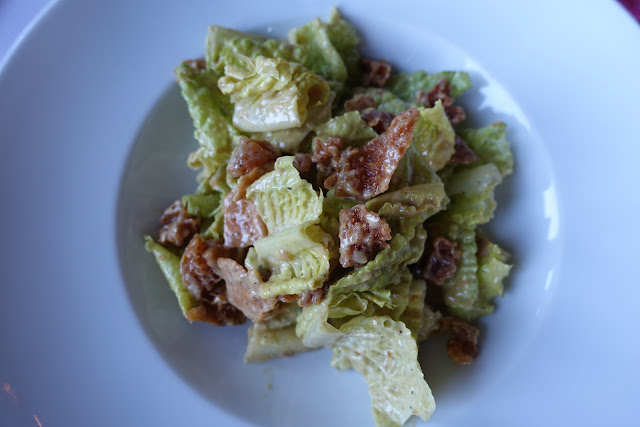 Appetizers were solid. The Caesar salad could have used like, double or triple the amount of lettuce for the dressing that was on it, but I generally like very lightly dressed salads. The mousse was good but I wasn't too fond of the lamb carpaccio. Nancy and Hua liked it though. I liked how good looking our server was ... 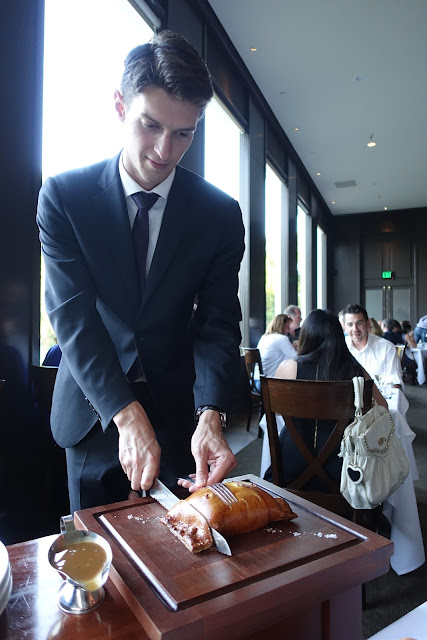 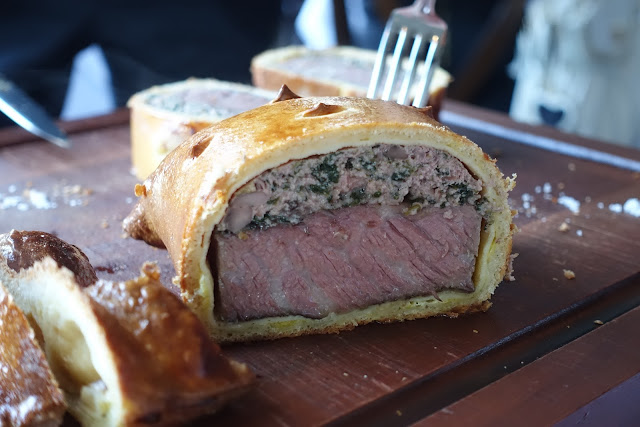 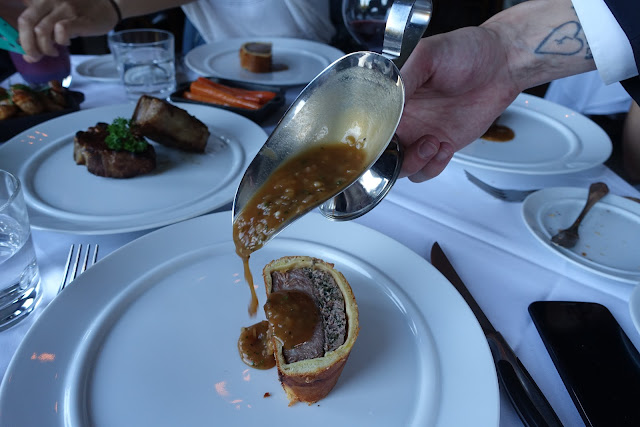 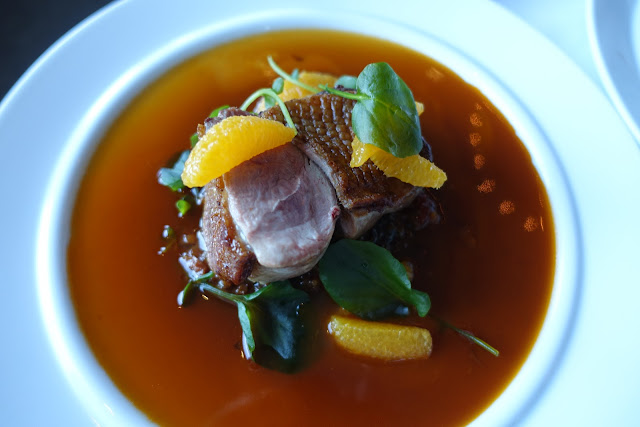 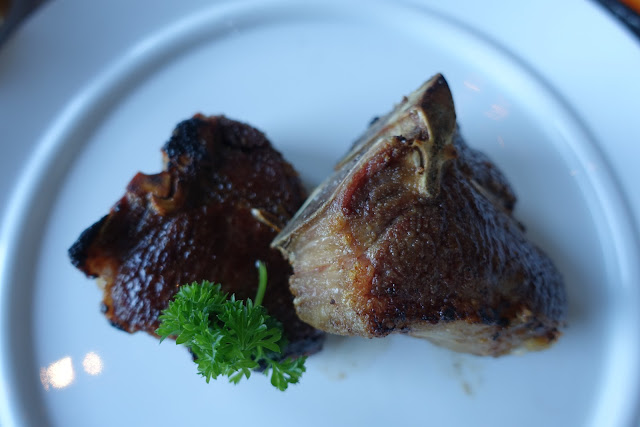 With these entrees for *ahem* four people, we also ordered a bunch of side dishes. Basically we ordered everything that looked interesting and/or delicious. Cause treat yoself. 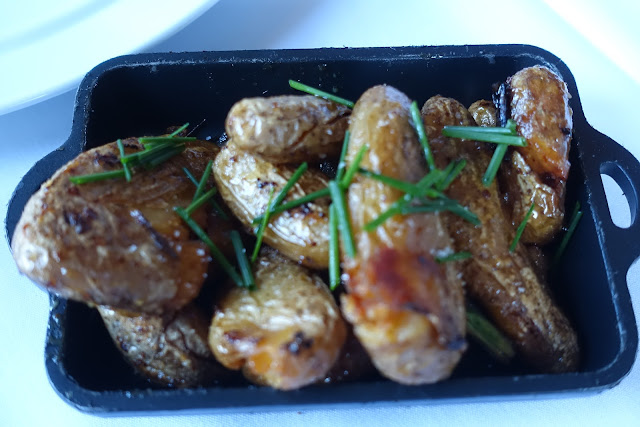 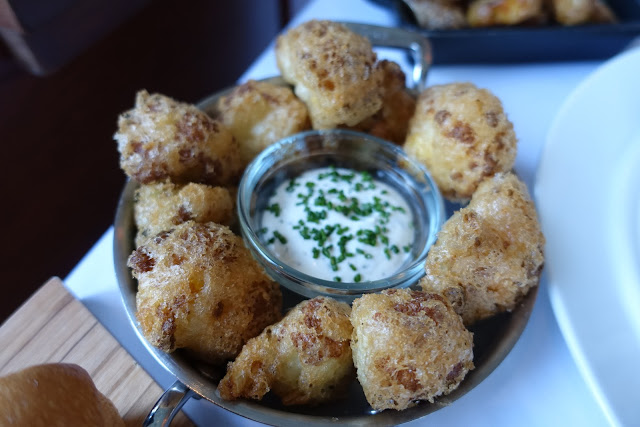 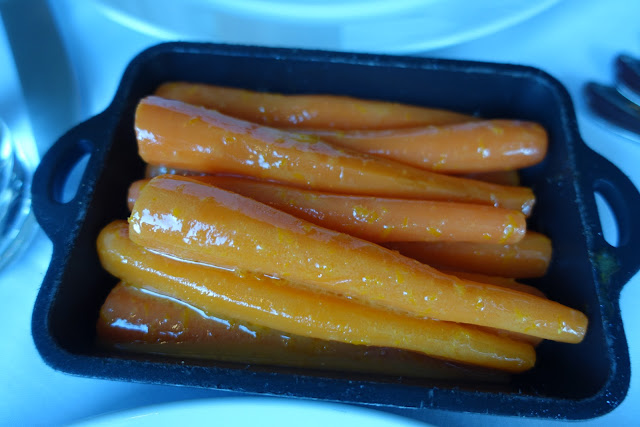 The entree round is where the meal started to fall apart. The beef wellington was really good, but honestly, it's hard to mess up or overcook short ribs. They get MORE tender the longer you cook them! Short ribs are very forgiving. The duck was a bit overcooked; more on the medium side than the medium rare that we requested. The sauce was also very thick and very sweet.

Our biggest beef was with the lamb (haha). It was definitely cook to well done - the meat was gray all the way through with no hint of pink, and ended up being tough and chewy. It's very, very rare that I send something back to the kitchen but for a $54 dish ... they should be able to execute it properly. Then the second one we received was still overcooked! Albeit slightly less overcooked, but it was still medium-well. The server asked us to cut into the middle (she hoped it would be more pink) but nope, fail. However, she did say that she would take it off the check.

Sides were solid but the carrots were also a bit overcooked. They were almost a bit mushy. The potatoes were well crisped but I feel like I could have made them myself - they're just roasted. 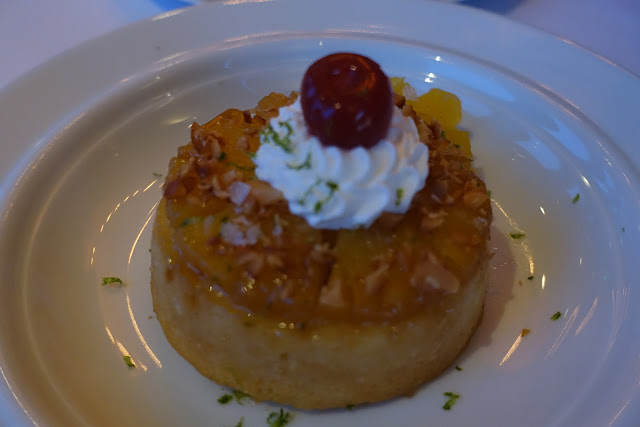 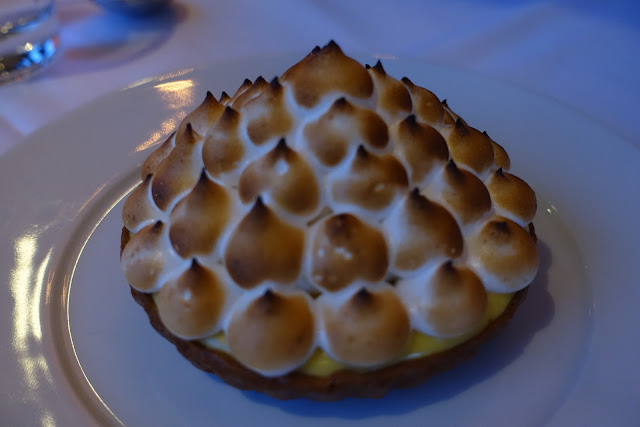 There was no saving desserts after the entrees. The pineapple upside cake had a weird crumbly texture and the whipped cream on top tasted exactly like the whipped cream on top of the mango pudding at dim sum (it took me a week of thinking to figure that out). The lemon curd and meringue was good on the chiffon pie but the crust was thin, brittle and slightly tasteless.

The bill came out to over $100 per person, before tip - and this was with the $54 lamb taken off the tab. As Nancy said, we spent a pretty penny for sub-par Thomas Keller food.

Honestly, I've never been more disappointed in a meal in my life. It's not to say that I haven't had worse food but our expectations were high, especially at a restaurant with Thomas Keller's name attached to it. Especially since Nancy and I flew up from Southern California to eat here. And TK wasn't there that night either! If I had gotten a picture with him, it would have at least saved the night a little bit. I understand the country club homage concept so I wasn't expecting French Laundry level plating but in terms of execution ... at least make the food taste good!

Conclusion: sad faces all around.